It's awfully pretentious to declare books "the best," but these are among our faves of the year. They challenged, entertained, surprised, and/or enlightened us, and we hope you'll love them as much as we did! 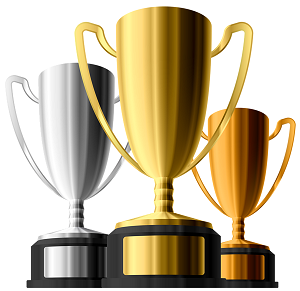 How to Write an Autobiographical Novel: Essays by Alexander Chee (Mariner Books). Reviewed by Gretchen Lida. “Despite its many subjects, How to Write an Autobiographical Novel is above all a book on writing. As I read, I underlined, highlighted, and snapped photos of quotes. While I sometimes do this with other books, it felt as though I couldn’t pick up Chee’s collection without a pen at the ready. It’s as if it were written for those who know the struggle of writing as the world watches, as well as the struggle of writing when no one else cares.”

The Promise of the Grand Canyon: John Wesley Powell’s Perilous Journey and His Vision for the American West by John F. Ross (Viking). Reviewed by Paula Tarnapol Whitacre. “The author’s own outdoor experience serves him well in describing Powell’s expeditions. After several mountain ascents, Powell eyed the most daring trip of all: descending from the headwaters of the Green and Colorado rivers to the then-unknown canyonland, ‘the final — and strangest — piece in the American jigsaw puzzle left by nearly a century of continental American exploration.’”

The Library Book by Susan Orlean (Simon & Schuster). Reviewed by Kitty Kelley. “As a writer who reveres libraries and genuflects to librarians, I was predisposed to embrace The Library Book by Susan Orlean. I just didn’t expect to fall in love so quickly. But by page three, I was head over heels when I read how she made magic of the mundane. Strolling through the grounds of the Central Library in Los Angeles, she noticed: ‘Pigeons the color of concrete marched in a bossy staccato.’ God really is in the details.”

The Moralist: Woodrow Wilson and the World He Made by Patricia O’Toole (Simon & Schuster). Reviewed by Elizabeth J. Moore. “In the end, the real takeaway from O’Toole’s book seems to be that the true nature of Wilson’s heritage has never been resolved. Trying to do so could keep Wilson scholars busy well into our current century.”

Other People’s Love Affairs: Stories by D. Wystan Owen (Algonquin Books). Reviewed by Mariko Hewer. “Unusual relationships are at the heart of Owen’s stories, which delve to voyeuristic depths. From a naive young man drawn to an unhappily married older woman, to a shabby, yet still sensuous former dancer, the characters in Other People’s Love Affairs are strongly reminiscent of Alice Munro’s ordinary — yet by no means dull — affairs of the heart. This is the beauty of both Owen and Munro: They nudge open the door to hidden psyches and invite us to step inside.”

A Terrible Country: A Novel by Keith Gessen (Viking). Reviewed by Nathan Chadwick. “A Terrible Country has been years in the making. Gessen’s first novel, All the Sad Young Literary Men, was published a decade ago. In the meantime, he has become a leading literary voice in the United States, helping to create a connection between his birth country, Russia, and his home country, the United States. With its humor, empathic characterization, and great timing, this book is a hell of an important read.”

11 suggested titles for that hard-to-please reader on your list.