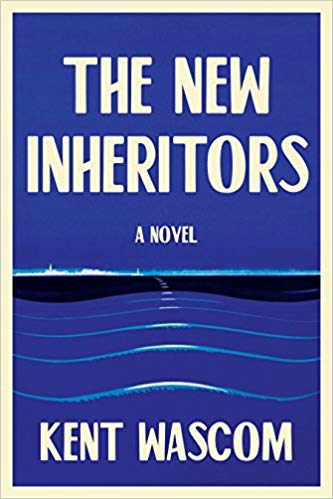 I remember experiencing Kent Wascom’s 2013 debut novel, The Blood of Heaven, almost as a physical onslaught. Savage and searing, it was also gorgeously written. I remember, too, being stunned that the author was only 27; he wrote like a man who has lived several lifetimes.

Blood was the first in a loosely cast series of books that traces the Woolsacks, starting with bloody-minded Angel, through most of two centuries of Southern, dark-souled American history. And while the first sprawled across years and geography, the second, Secessia, had a completely different tone, kept its lens more narrowly focused — on a New Orleans occupied by Benjamin Butler’s Union troops — and unspooled in less than a year. Still, it remained as unsettling and foreign-seeming as the first.

Here, then, is the third of Wascom’s Woolsack novels, picking up in 1890 and bringing us closer to a more recognizable era just beyond the Great War. Again, this book feels completely different than the other two and yet — now that we know his writing — is fully identifiable as belonging to this author.

The first thing to set it apart is that a Woolsack is not the main character. Instead, Wascom brings us into this story through Isaac, an orphan torn from the one woman — not his mother — who cares for him, but is later adopted by another woman and her family, who fully embrace him as their own. His idyllic childhood and early adulthood on the Mississippi Gulf Coast awaken in him a talent as an artist, and his subject is the natural world he discovers around him.

That’s the second thing that sets this book apart: that any of it might be described as “idyllic.” Stretches of the novel are infused with a sense of light, air, and hopefulness that are entirely missing from the first two.

It’s a setup, certainly, to provide a contrast between the surface beauty and the ugliness that lurks just out of sight (“They were young and white and had money, and this combination could put you a good ways out of the path of the world’s great reaping. But not in every case”), as well as a contrast between the time before, in happiness, and the time after, in misery. Still, we, like the characters, can bask in the golden light while it shines.

Gradually, we’re introduced to the Woolsacks, who spend summers on their own island just across the sound from Isaac’s family. We met Joseph and Marina as troubled children in Secessia, and here they are as adults with three troubled children of their own: Angel, the carefully closeted eldest, named for his notorious grandfather; Kemper, the girl, named for her grandfather’s adopted brother; and George, apparently named for no one, described as a “puny boy with blood-red hair,” nicknamed Red, who spends his life attempting to live up to his grandfather’s unhappy example.

When, freshly arrived home after years of southward travel, Isaac finally meets Kemper, she is stealing crabs from a trap, and he is entirely smitten. He seeks her out the next day and finds her “on the beach shooting arrows into the back of a parlor chair…She looked like the wild survivor of some near-apocalypse, careless of the value that things once had, as if somewhere not far she had a smoldering pile of banknotes for a campfire.”

Wascom is a careful student of history, and his portraits of America are riven with many of its seamier episodes. Sometimes these are used as telling asides, and other times they are woven seamlessly into the backdrop of his stories. Kemper remembers “hearing her mother say that the U.S. had dressed Cuba as a woman in torn clothes on the verge of being raped, then kindly shoved Spain out of the way and took our turn.”

Joseph Woolsack’s money, built on his father’s wealth from slaving, has steadily increased through his own involvement in the Caribbean and Central and South American fruit trade, a notorious business in which ruthless U.S. corporate involvement directly gave birth to “banana republics.”

Kemper, aware of the stained wealth, removes herself from her family but is guiltily willing to take its money to support herself and Isaac. She is also haunted by her role in driving her beloved elder brother from the family after Red’s venomous revelation to them that Angel is homosexual. Once the Great War breaks out and Isaac’s refusal to serve puts him in prison, she is completely alone.

Red, for his part, is haunted by voices in his head. After having to teach himself as a child how to smile in an attempt to cover up his otherness, he begins to hear the voices in early adulthood and learns how to cover that up, too, though he listens to their violent instruction.

This is a family not destined for happiness.

The novel moves at various times through the eyes of Isaac, Kemper, and Angel, with a touch of Marina and too little of Neda, the woman who cares for Isaac through his first four years. The pieces of Red’s story come primarily through the eyes of his reluctant enforcer, a well-read black man named Rule Chandler.

Each one is trapped, one way or the other, by expectations they can’t meet and would refuse to anyway, and by circumstances that someone else has dictated for them.

If there is a weakness to The New Inheritors, it’s an unevenness in pacing that makes it feel at times that Wascom is in a hurry to move on. I, for one, did not want him to hurry; the beauty and richness of his observation and detail when he dives deep made me long for more.

If I understand correctly, there is one more book expected in the Woolsack series, which should bring us close to or into the present day. Since the only next-generation Woolsack children belong to schizophrenic Red, it appears he is to be the patriarch ushering the family into the latter half of the 20th century.

Given that Wascom makes an art of illuminating the many ways that America’s history belies the vaunted ideals on which it was founded, it should be riveting to watch him take on the more recent moments in the American story.