We Need More Reviewers of Color

My year in book reviews, plus an important PSA. 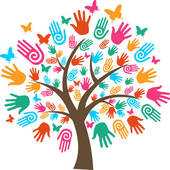 Publishers Weekly’s recently released 2019 Publishing Industry Salary Survey revealed that 84% of those working in publishing are white. A related article refers to the remaining respondents as “non-whites,” which pretty much tells you who assigned, wrote, edited, and copy-edited the piece, handily illustrating just how truly white the publishing world is.

Those of us “non-whites” who strive to get published already know how blindingly white the industry is, though it is gratifying to see it confirmed, even if the data came from a self-reporting survey and not an industry-wide census.

From querying agents to submitting manuscripts to post-publication marketing, writers of color are painfully aware that our work is largely at the mercy of Caucasians. Because of this institutional bias, a writer of color often must be two, three, four times better than a non-non-white writer to be published by a big publishing house, which may explain why so many authors of color have been sweeping major literary awards recently.

Some of the most exciting work today is being written by writers of color, but you might not know it if you read book reviews. In the mainstream publications that I follow, by and large, white reviewers review books by white authors. Of course, Zadie Smith, Amy Tan, Isabel Allende, and other bestsellers will always get covered, with Oprah’s or Reese’s latest picks hogging the rest of the diversity reviews.

Book reviews are important. They bring attention to a work, creating buzz and sparking interest. Readers rely on them to filter through a vast array of recent publications to find their next read or book club selection. Even if it’s unfavorable, a review indicates that a book is important to the literary community and relevant to the national conversation.

But there is a dearth of book reviewers of color that is reflected in the books that get reviewed, and the sometimes limited capacity of white reviewers to grasp the intent of works by authors of color. Such was the case when Ron Charles and Ursula Le Guin panned a book that I raved about.

The two white writers, astute and stupendously talented though they are, were completely befuddled by the hybrid style of this “novel.” As a hybrid myself, I saw the beauty and brilliance of the author’s approach. Others agreed, for it won the 2012 PEN/Faulkner Award for Fiction, among other prizes.

I’m extremely fortunate to be able to handpick the books I review for the Independent. Generally, I choose books by those on the margins that tell a story that’s only the author’s to tell, that only the author could tell.

As an enterprising reviewer, I have pitched reviews to mainstream publications to little avail. Frankly, publications should be seeking me out to write reviews in order to diversify both their criticism and the types of books reviewed.

The need to diversify criticism is not specific to the literary world. This summer, the New York Times published a powerful piece by Elizabeth Méndez Berry and Chi-hui Yang on the need for more art critics of color.

In 2015, April Reign invented the hashtag #OscarsSoWhite to highlight Hollywood’s heavy bias toward white directors and actors. There is protest against the domination of the white gaze in ballet and modern dance. From Elvis Presley on, the music industry has long been criticized for exploiting black music to make megastars of white artists.

So, which books did this critic of color choose to review this year? Here they are. Haven’t heard of (m)any of them? You know why, right?

Notes from a Black Woman’s Diary: Selected Works of Kathleen Collins by Kathleen Collins; edited by Nina Lorez Collins. A prolific, accomplished, and visionary writer and filmmaker, Collins did not receive the commercial success and critical acclaim she deserved while she was alive, probably because her work declined to cater to the stereotypes that white audiences craved when consuming works about the African-American experience.

A People’s History of Heaven: A Novel by Mathangi Subramanian. Subramanian’s observations are sharp, witty, and incisive; her writing is consistently gorgeous. She is passionate about the plight of Indian girls subjected to a patriarchal system that ruthlessly oppresses and devalues them…In depicting the societal ills that oppress India’s women, Subramanian refuses to acquiesce to the plot that fate seems to have written for these girls.

The Blind Earthworm in the Labyrinth: A Novel by Veeraporn Nitiprapha; translated by Kong Rithdee. Rich with mythical imagery, the story plunges the reader into a contemporary Thai life strongly influenced by Western culture while steeped in timeless traditions and Buddhist thought, and roiled by decades of political dissent.

China Dream: A Novel by Ma Jian; translated by Flora Drew. As with the best satire, the most shocking details in the novel are the ones that are true. The tragic, horrible, bloody history of the Communist Party’s rule is thoroughly cataloged, from the land-reform campaign during Mao’s rise to power, when one character “witnessed peasants expropriate her father’s land and beat her mother to death with their bare hands”; to the famine caused by the Great Leap Forward, when Ma steals a baked goose dropping from a classmate and gobbles it down like a gourmet delicacy; to the depravities of the Cultural Revolution, described in horrific detail; to the profound corruption that permeates today’s government at every level.

Accommodations by Wioletta Greg; translated by Jennifer Croft. Like the passage into adulthood, Accommodations is an exhilarating, wondrous, occasionally befuddling journey of a young woman, a country, and a culture in transition, reckoning with a violence-torn past, pressing on ever hopeful toward the future.

Labyrinth by Burhan Sönmez; translated by Űmit Hussein. Despite the Christian imagery, Labyrinth is not about the spiritual. Nor, surprisingly, is it political, even though the writer — a Kurd whose people have been savagely oppressed by the Turkish government — was brutally beaten by Istanbul police while peacefully demonstrating and is described in the cover bio as “a political exile” living in Britain. Rather, the novel is even more elemental, confronting the most basic existential facts of a human life: the body, the mind, and time. (This review is forthcoming.)

Why writers need to cultivate a community