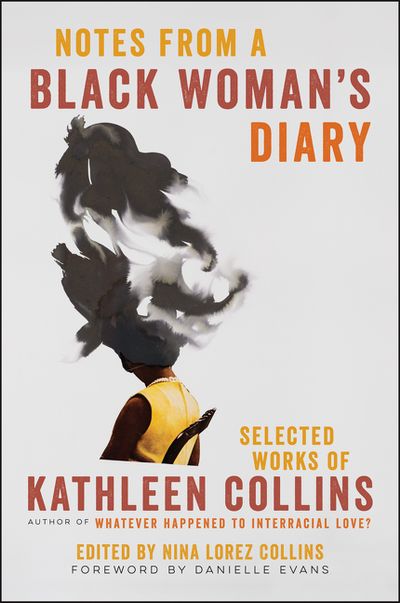 I hadn’t heard of Kathleen Collins before I read Notes from a Black Woman’s Diary. Now I can’t stop thinking of her and the many other groundbreaking writers — many of color, many women — who did not get their due when they were alive, or will never get their due, or failed to even get published.

A prolific, accomplished, and visionary writer and filmmaker, Collins did not receive the commercial success and critical acclaim she deserved while she was alive, probably because her work declined to cater to the stereotypes that white audiences craved when consuming works about the African-American experience.

Instead of poverty, crime, addiction, hopelessness, and the insurmountable challenges of the black underclass, she chose to write about the lives of the prosperous and educated middle class. Instead of the blunt brutality of institutionalized racism, she delved into the more subtle and delicate dynamics of family, marital, and male-female and female-female relationships (most prominently in her posthumously published short-story collection, Whatever Happened to Interracial Love?).

Most of her characters are black. When there are white characters, the issue of race is frankly discussed. But race is not the preoccupying theme of Collins’ work. Like Albee, Ibsen, Bergman, and other great writers of the stage and screen, her theme is the assertion of identity against oppressive forces, both interior and exterior.

Her protagonists are all black females, a demographic that is sorely underrepresented in literature and movies, and, most particularly, on the stage. When was the last time you saw a play that centered on the rich inner life of an African-American woman?

Collins’ talents were so expansive that she would not be contained by one form: The collected works include short stories, diary entries, correspondence, plays, and screenplays. A polymath, she was not only a writer but also a filmmaker, directing two movies, including the trailblazing “Losing Ground,” the screenplay of which is included here.

She was, further, a lyricist who integrated her songs into her work; a civil rights activist; a broadcast editor; and an educator (not to mention a wife and a mother, which are often full-time work unto themselves). She was working on a novel when she died of cancer at a mere 46 years old.

An excerpt from that novel, Lollie, reveals a daring, inventive work. Collins plays with point of view, first-person narration, and structure, all the while teasing staid literary conventions. One narrator critiques the narration style of the other (her husband): “R talks like a musical grammarian, as if before there were words there were semicolons and commas, a whole army of punctuation that was more important.”

Collins made her own rules for punctuation. As a fanatical devotee of the comma, I could not help but notice that the short story “Scapegoat Child,” with the phenomenal opening line, “In the crucible of our family my sister burned like molten steel,” almost entirely dispenses with the comma. In its nine pages, I counted only six.

The collection opens with three short stories — atmospheric, haunting, and redolent of the themes that dominate the rest of the book: sex, love, the “cruel family landscape,” the unreasonable ways that men try to control women.

Though these stories let the reader know they’re in the presence of a formidable talent, for me, the strongest pieces were the plays. Collins’ facility for transforming the chaotic thoughts of the psyche into poignant and revealing dialogue is on par with some of our most revered and celebrated modern playwrights.

I would love to see a production of “The Brothers: A Tragedy in Three Acts,” basically a series of soliloquies delivered by the sister and wives of the four off-stage Edwards brothers. Her lines flow naturally, never sounding false, yet always profound and provocative.

Kathleen Harris is no longer with us, but it isn’t too late to recognize her as a pioneer, honor her legacy, and support the work of the many extraordinary black women who have followed in her footsteps.

Alice Stephens writes a column for the Independent, Alice in Wordland, and is the author of Famous Adopted People.