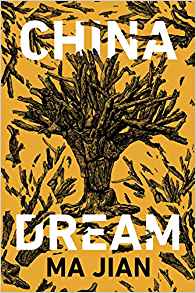 Shortly after Xi Jinping ascended to power in 2012, he introduced the China Dream, his grand vision for the country. Seeking to make his place in the pantheon of great national leaders, Xi knew that, in order to consolidate power, he needed a catchy slogan.

Just as Mao Zedong had his Little Red Book of aphorisms and Deng Xiaoping had “Socialism with Chinese Characteristics,” Xi has his China Dream, a vague plan of world domination by 2049 that will restore China to its rightful glory.

The problem with making China great again is that one must study the past in order to emulate it. And the problem with China’s recent past is that it is nasty, brutal, and violent.

Ever since it came to power in 1949, the Chinese Communist Party has enacted policies that have been devastating to the general population, from the forced collectivization of farms that caused crises in agricultural production, to mass famine caused by the Great Leap Forward, to the travesty that was the Cultural Revolution, to the massacre of peacefully protesting citizens in the most hallowed square of the nation’s capital.

In order for the China Dream to succeed, there must be a national amnesia of the Mao era, a forgetting of historical events that those who have now risen to power lived through and participated in.

Like Xi Jinping, Ma Daode, the protagonist of Ma Jian’s satirical novel China Dream, witnessed the repeated beatings and harassment of his father by the Red Guards, young people who carried out Mao’s directive to purge Chinese society of the past with militant zeal. Swept up in the fervor, Ma joined a faction and engaged in street battles against an opposing faction, each side vying to demonstrate its superior devotion to the Great Helmsman.

Now, that past comes back to haunt Ma just at the moment of his greatest triumph. He has been promoted to lead the China Dream Bureau of the municipality of Ziyang, and has an ambitious plan to develop a neural microchip called the China Dream Device that will wipe out all memories, replacing “everyone’s private dreams with the collective China Dream.”

But Director Ma keeps getting sidetracked. He is juggling an ever-growing number of mistresses and has been assigned to raze an entire village and organize a mass golden-wedding-anniversary celebration to promote the China Dream, all while fending off rivals for his job. Under the stress of it all, “Dreamlike episodes from his past, buried deep in his memory, are rising to the surface again.”

Soon, his traumatic memories of the Cultural Revolution are being triggered by mundane details of his present life, and the past begins to take over. In private conversations and public speeches, he speaks in the jargon of the Cultural Revolution. During his big address at the golden anniversary celebration, he alludes to the senseless deaths of that bloody era, which causes him to be suspended from his job.

In order to rid himself of this identity crisis between his youthful and adult selves, Ma asks a renowned Qigong healer to give him the recipe for “Old Lady Dream’s Broth of Amnesia,” so that he can delete his memories. The healer warns him, “But if life becomes disconnected from the past, it loses all meaning.” Ma is not deterred. Either he loses his past or he loses his job, and all the profiteering and perks that go with it.

And who wouldn’t want to lose a past like Ma’s? Vivid flashbacks reveal that he is responsible for the deaths of a number of people, including his parents.

As with the best satire, the most shocking details in the novel are the ones that are true. The tragic, horrible, bloody history of the Communist Party’s rule is thoroughly cataloged, from the land-reform campaign during Mao’s rise to power, when one character “witnessed peasants expropriate her father’s land and beat her mother to death with their bare hands”; to the famine caused by the Great Leap Forward, when Ma steals a baked goose dropping from a classmate and gobbles it down like a gourmet delicacy; to the depravities of the Cultural Revolution, described in horrific detail; to the profound corruption that permeates today’s government at every level.

Ma (the author, not the main character, whose first name means “moral”) writes in the preface, “In evil dictatorships, most people are both oppressor and oppressed.” In the case of Director Ma, the tension between his current role of authority and past one of victim causes him to become “trapped between his two selves.”

China Dream will not be available in China; Ma Jian lives in exile and is no longer welcome in his homeland, where all his books are banned. The Chinese government has erased him from their literary history. But as Director Ma well knows, the past can never completely be purged and has an inconvenient way of asserting itself in embarrassing and dangerous ways.