12 of Our Favorite Reviews

We published too many terrific reviews this year to count, but some have stuck with us more than others. Here, in no particular order, are a dozen of our faves from 2014. 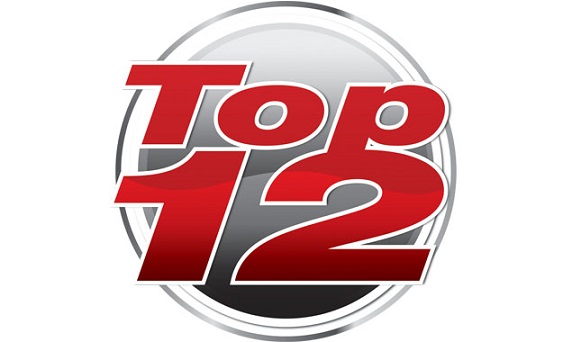 Frog Music by Emma Donoghue. Reviewed by Ellen Prentiss Campbell. “Ultimately, enjoyably, Donoghue is more time-traveler than historian. ‘Nineteenth-century reporters often made up details to fill in the blanks in their research,’ she says in the afterword. Donoghue herself reports in that tradition — using historical data, but only as raw material. She spins new threads to weave new fabric, and embroiders as needed to serve the dramatic and emotional accuracy of her story. Frog Music is in the best, old-fashioned sense a page-turner: a book you open and a world you fall into.”

Russian Roulette: How British Spies Thwarted Lenin’s Plot for Global Revolution by Giles Milton. Reviewed by David O. Stewart. “Start with the favored source of invisible ink for Britain’s doughty undercover agents. Because this is a family publication, I will describe it as a bodily fluid that is uniquely produced by males. Presumably this practice — practice, practice, practice! — placed a premium on brevity in dispatches composed for the home office. Not to mention pangs of revulsion among recipients.”

The Future of the Mind: The Scientific Quest to Understand, Enhance, and Empower the Mind by Michio Kaku. Reviewed by Paula Novash. “Kaku concludes that there may be two major ways to view our brains and their limitless potential. The first considers people as ‘just wetware, running software called the mind, nothing more or less,’ so their ‘thoughts, desires, hopes and aspirations can be reduced to electrical impulses circulating in some region of the prefrontal cortex.’ The second perspective, however, says that ‘conditions of the universe make consciousness possible.’”

Mirages: The Unexpurgated Diary of Anaïs Nin, 1939-1947, edited by Paul Herron. Reviewed by Philip K. Jason. “Anaïs, you are many women. You have invented many versions or phases of yourself. It is all in your diary: the charitable deceits, the masks, the ecstasies, the fear, the intervals of seeming death, the carousel of possibilities. As you note, ‘There is sadness for the dying selves that must be killed for the sake of the new ones.’”

All Our Names by Dinaw Mengestu. Reviewed by Ananya Bhattacharyya. “Marked by sparseness and entirely bereft of dazzling flourishes, the novel explores pain, alienation, and the dynamics of slightly dented relationships. During the 1970s, Isaac flees Kampala, Uganda, which he refers to as ‘the Capital,’ because the city is caught in a vortex of post-independence violence. He seeks exile in America only to find himself living in a town that looks askance at black people.”

But Enough About You: Essays by Christopher Buckley. Reviewed by Michael Causey. “As a fledgling name-dropper, I found his essay on the fine art of doing it effectively (‘As I Was Saying to Henry Kissinger’) invaluable. There’s the surname drop, the counter-surname drop, the posthumous drop, the DNA insinuator, the conversational objective correlative, the geographic preempt, the gnostic parry and, finally, all-purpose lines in case of emergency. ‘That’s certainly not what Spielberg told me…(cupping hand over the phone) It’s the White House. Do you have another phone I could use? I’m being stalked myself. And let me tell you, it’s a damned nuisance.’”

Kill My Mother by Jules Feiffer. Reviewed by Carrie Callaghan. “It’s interesting, the use of the imperative in the title of Jules Feiffer’s frenetic and dynamite new graphic novel, Kill My Mother. His command suggests a hit (which there is) and matricide (that, too), but neither come about in the way the title might suggest. That tension between expectations and delivery is what keeps us on the edge of our seat in this cinematic, thoughtful book.”

Blue-Eyed Boy: A Memoir by Robert Timberg. Reviewed by Tom Glenn. “‘Marines don’t cry.’ So Bob Timberg assures us toward the end of Blue-Eyed Boy. But they suffer, probably more than most of us can imagine. That refusal to weep, in some ways, summarizes Timberg’s memoir.”

What If? Serious Scientific Answers to Absurd Hypothetical Questions by Randall Munroe. Reviewed by Nick Wolven. “Geek topoi abound. The question about a woman impregnating herself is modeled using D&D-style attributes (e.g., Str., Con., Dex.) as a stand-in for human chromosomes. A chapter about sunsets is larded with terminator puns. Smarty-pants topics like informational entropy and relativity bump up against sea-spanning Lego constructions and LOTR lore. Even seemingly benign experiments — like using laser pointers to light up the moon — soon wander, like a cackling mad scientist, down world-destroying tangents.”

The Boy Who Drew Monsters by Keith Donohue. Reviewed by Liam Callanan. “Nothing is ‘just’ anything in this book, and as the clues piled up — reports of a long-ago nearby shipwreck…a human bone emerging from sand on the beach — I became increasingly anxious. Not just because of what the characters were undergoing, but because I could see the pile of pages tucked under my right thumb was disappearing rapidly.”

Did we miss your favorite book review — or feature, Q&A, blog, or list — from 2014? Tell us about it in the comments section below!