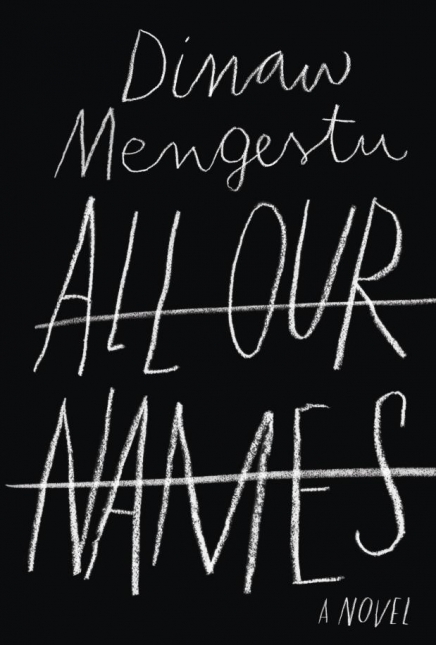 Dinaw Mengestu’s All Our Names tells the story of a man who is haunted by his past in war-torn Uganda and struggles with his present situation in a Midwestern town in the United States, which is described as “the middle of the road, never bitterly segregated, but with lines dividing black from white all over town.”

Marked by sparseness and entirely bereft of dazzling flourishes, the novel explores pain, alienation, and the dynamics of slightly dented relationships. During the 1970s, Isaac flees Kampala, Uganda, which he refers to as “the Capital,” because the city is caught in a vortex of post-independence violence. He seeks exile in America only to find himself living in a town that looks askance at black people.

Cocooned within the walls of his American apartment, Isaac finds nourishment in the quiet, selfless affection of Helen, a social worker assigned to help him, and the two become lovers almost immediately. Helen can be understood largely in the context of her relationship with her mother: “She was dependent on gentle phrasing; that was the register we carried our conversations in: ‘Would you like to help me with the shopping this weekend, Helen? Do you think it’s time we changed the curtains in the living room, Helen?’” Even though Helen and Isaac’s attraction isn’t smooth, it is relatively gentle, which balances the bloodshed and bitterness elsewhere in the book.

Because of his traumatic past, Isaac remains emotionally distant from Helen, and she is largely accepting of this detachment (the racial divide of the ’70s undoubtedly doesn’t help), so the two keep their feelings and thoughts to themselves. This detachment threatens to become a challenge: If Isaac and Helen are so reticent, how can readers care about them?

Ultimately, the awkwardness between Isaac and Helen works because of how believable their predicament is and how aptly they react to each other’s imperfections and to the societal pressures exerted on them. For instance, when Helen takes Isaac to a diner, the treatment they receive is deplorable, yet the way Isaac reacts to this censure is both unexpected and credible; it is one of the most unforgettable moments of the novel.

All Our Names shifts between Isaac’s life in America and his past in “the Capital,” where he met his best friend — the real Isaac, whose identity he has assumed in order to escape to America. The sections told from the assumed Isaac’s point of view describe the two men’s relationship, their attempts to navigate a weary, battered city in the midst of a growing insurgency, and their involvement in the warfare. When the renamed Isaac first encounters his friend, he feels “hunted,” and even though he knows “there was no physical injury at stake,” he “was right in assuming there was something at risk.”

The narrator affectionately describes the real Isaac’s aim to amuse rather than be believed, his gift at making others feel special, and his ability to speak with false yet convincing authority. Unfortunately, these vague details obscure rather than explain him. That the narrator feels anything as dramatic as love toward this man seems puzzling. Perhaps the fact that he is something of a fraud makes him alluring. But some of the wires that could have fused the connection between the narrator and Isaac appear to be missing.

Unlike Mengestu’s first novel, The Beautiful Things That Heaven Bears, which makes the Logan Circle of Mengestu’s imagination intensely real, All Our Names depicts a mysterious city that goes by the name of “the Capital” and two men who are caught up in its unraveling. Even after reading this book, these men remain “a riddle, wrapped in a mystery, inside an enigma,” to quote Churchill.

Ananya Bhattacharyya is a Washington-based writer whose essays and short stories have been published in the New York Times, the Guardian, Phoebe, So To Speak, and Washington Square Review. She is an assignment editor at the Washington Independent Review of Books.