A rare look at an evangelical woman’s attempt to expand her world in the early 1800s. 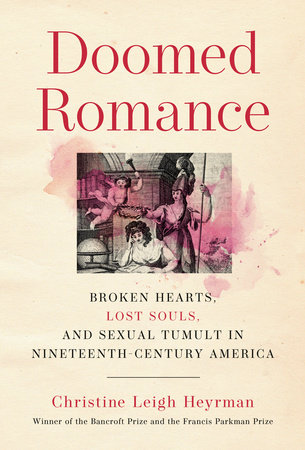 New Hampshire schoolteacher Martha Parker dreamed of taking her place alongside the newest heroines of evangelical Protestant circles. The wives of missionaries in the 1820s suddenly had unparalleled opportunities to promote their progressive values, to travel, and to train others. The church, in allowing these freedoms, as much as admitted that women had the same intellectual abilities as men.

In fact, some evangelicals held that “ignorance was ‘a mark disgrace’ in women because of the essential role that they stood to play in promoting social progress and the spread of their…faith.”

The potential to expand her experience, world knowledge, and independence drew Martha to clergyman Elnathan Gridley. Gridley not only loved and wished to marry her, but he also wanted to take her along on his upcoming mission abroad in Palestine. One complication stood in the way, however: Martha was also drawn to a schoolmaster, her cousin Thomas Tenney.

The scandal resulting from Martha’s love triangle with the two men — which was gossiped about by Yankee missionaries as far away as the Ottoman Empire — plays out in astonishing historical detail in Doomed Romance. Both Tenney and Gridley vie for her hand; one of the men eventually retaliates against his beloved, seeking to mire her in disrepute and destroy her good name. Meanwhile, Martha makes subtle countermoves to restore her name in a system where speaking up has its own consequences.

Through the careful dissection of contemporaneous documents and diaries by author and historian Christine Leigh Heyrman, the rare spectacle of a 19th-century woman striking out into a barely opened society shines through. Heyrman addresses both the issues of women’s rights and men’s responses to claiming those rights. Along the way, she portrays those who helped Martha and those who hindered her and explains how the ordeal threatened to derail evangelical Protestants’ entire foreign-mission system.

The author fully illuminates an era when evangelical Protestants represented progressivism in the United States. Her writing — while revealing the church’s drive to sometimes crush the very ideals it espoused — challenges the notion that religion is inherently traditional and conservative, showing instead how the nature of its work opened avenues for women and marginalized people:

“Today we might call these missionaries moral radicals, people whose consciences cannot bear the sufferings of others, even those a world away, and who subject themselves to risk and hardship in order to succor those in need.”

Potentially interesting to readers unfamiliar with Protestant evangelicalism is the control its American Board had in choosing and sending out missionaries. More interesting are the types of personal details the board concerned itself with — and had access to — when adjudicating the Martha matter, since they show the power it possessed in shaping the religious society that so dominated New England in the early 1800s:

“[T]he record so carefully compiled about Martha Parker brings into light what usually stays hidden in the shadows of the past and often remains concealed even in the present.”

One issue Heyrman’s important work doesn’t address is how the buttoned-down secular world, let alone the peoples of the Ottoman Empire and beyond, viewed the evangelicals’ comparatively liberal values. Might the former have seen the latter as harmful or threatening? Perhaps a treatment, even a short one, of outside views was beyond the scope of this book.

Some have compared the type of story depicted in Doomed Romance to a real-life Jane Austen novel. In this case, however, the main character, Martha Parker, unlike the fictional Elizabeth Bennet, seems excited to marry a clergyman. But does she go through with it? And in the end, does society bend her to its will, or is it the other way around? You’ll have to read this well-researched, insightful book to find out.