Do You Hear What I Hear?

Listening through my TBR pile. 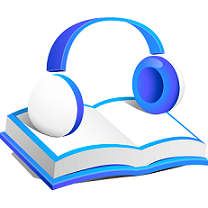 A couple weeks ago, I contributed to a piece that ran in this publication called “The Best Book I Read All Year Was…” My pick was Madeline Miller’s Circe, which has been beckoning to me from my to-be-read pile since Madeline signed it for me at the 2018 Gaithersburg Book Festival.

But I have a bit of a confession to make: I didn’t read it. I listened to it.

I’m never an early adopter of anything, so I’m always lagging behind the discoveries that others have made long before me. The joy (and practical uses) of listening to downloadable audiobooks is no exception.

It’s not like I’ve never listened to audiobooks. In Ron Charles’ recent Washington Post article “11 trends that changed the way we read this decade,” he mentions that the 2009 audio version of Stephen King’s Under the Dome came as a set of 30 CDs. I can beat that: I’ve still got Charles Frazier’s Cold Mountain, Paul Theroux’s My Other Life, and Josephine Hart’s Damage on cassette tape.

Still, it was not until the start of a cross-country road trip at the beginning of 2019 that I finally broke down and put the app on my phone. (I don’t especially enjoy adding to the Bezos fortune, so, beyond my WaPo subscription, I try to choose carefully.)

As it turned out, listening to Michelle Obama reading Becoming was the only thing that kept us sane through 12-hour days of driving.

Even so, it’s only been in the last few months that I started to download and listen regularly. In the end, it was the need to break my compulsion to listen to MSNBC during my drive time that did it. The change has done wonders for my blood pressure, even as it opened a whole new way to experience books. (Yes, I know you’ve already discovered this; I told you I’m a late adopter.)

Because I spend much of my reading time with books I’m going to review, the books I accumulate to read for enjoyment form a significant logjam, as I’ve noted here more than once. So I’ve been using my subscription to start making a dent in the TBR stack.

And now I’m hooked. While initially I only listened on the 30-minute drive to and from work, lately I’ve discovered all the mindless tasks that become pleasurable because I can now “read” while I complete them. Doing laundry. Washing dishes. Mending a torn outdoor cover that needed to be stitched by hand. Stop me before I set up the ironing board.

I’ve wondered how listening to a book changes the impression it makes compared with reading. I recently stumbled into doing this experiment when I started listening to The Dutch House — Ann Patchett’s latest and the newest addition to the top of my pile — on the way home from work one Friday. When I got home, I immediately picked up the book and finished reading it in two sittings that weekend.

Having consumed that book in two bites, I decided to continue to listen to the audiobook, which is read by Tom Hanks. (If you’re ever wondering whether you’ve really made it as an author, having Tom Hanks read your audiobook is a pretty definitive sign.)

Here are a few of my take-aways from that comparison and the rest of my audio experiences so far:

Every book I’ve listened to so far has been entirely for my own enjoyment. Audiobooks — finally! — allow me to experience books at approximately the same time that “everybody” else is, because now I can fit them into the heretofore wasted interstices of daily life.

Normally, because I missed the opportunity to review The Dutch House (and I bow to the review written by Ellen Prentiss Campbell), I wouldn’t have had a chance to read it for myself until sometime in, say, 2023.

But look at me! I just finished listening to Delia Owens’ massively popular Where the Crawdads Sing, and before that, I took in Eliza Nellums’ debut, All That’s Bright and Gone (read Bob Duffy’s review here). It doesn’t get much more current than that.

And I’m continuing to use my listening time to make a dent in my TBR pile: I rang out 2019 by finishing Jesmyn Ward’s 2012 National Book Award winner, Salvage the Bones. Yes, my to-be-read stack runs wide and deep. Thanks to audiobooks, I’m diving in.

May your 2020 be filled with wonderful books, no matter how you experience them.

The Year of Writing?

In 2018, all our intrepid columnist wants is a window seat, a few books, and a laptop.