All That’s Bright and Gone: A Novel

Her family fractured, a 6-year-old detective searches for answers surrounding her brother’s disappearance. 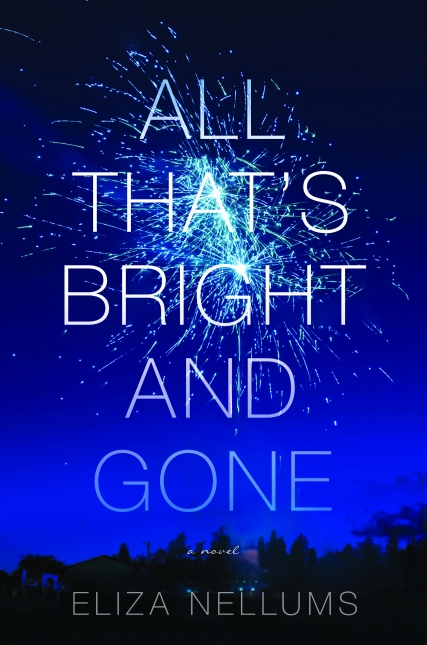 This debut novel imposes a make-or-break demand on the reader: to accept its 6-year-old narrator as authentic. That’s a risky strategy. It’s not just a steep creative challenge. It also invites an inevitable comparison to Emma Donoghue’s masterful Room, another adult thriller narrated by a child.

Author Eliza Nellums fares quite well in the comparison, creating a richly inventive and believable tale spanning a few momentous days in the life of a spunky kid who’s as brave as she is lovable. From the first page, we’re wholeheartedly on board with a youngster forced to face a confusing world.

As the novel opens, Aoife (pronounced “EE-fuh”) has been thrust into crisis. Her unmarried mother has suffered a severe emotional breakdown behind the wheel. Mom has been spirited off to a mental ward, leaving Aoife standing alone at the curb.

While Mom is confined, her lawyer brother (“Uncle Donny”) moves in to straighten out the physical chaos in the household. There’s a third occupant there, too, visible only to Aoife: a cartoon-like bear named Teddy, mostly mute, who can grow or shrink at will.

When Aoife “gets in trouble,” rather than face a dreaded stretch in “Children’s Prison,” she blames Teddy. The adults in Aoife’s world label Teddy an imaginary friend, but he’s much more than that, as we discover later when Aoife, like a mythic heroine, undertakes a sequence of perilous challenges.

All That’s Bright and Gone starts out as a murder mystery. Aoife is determined to get to the bottom of her older brother’s disappearance, which the child presumes to be homicide. Convinced that solving the murder will bring her mother home, she enlists the help of her 8-year-old neighbor, Hannah, a budding expert on YA whodunits:

Aoife: “How will we even know it’s the murderer when we find him?”
Hannah: “Because, he or she will try to kill us…”

The book sparks with many such moments of sly, incandescent humor. Some are laugh-out-loud funny, notably when Aoife comes under the well-meaning scrutiny of the social services bureaucracy, whose members, for one thing, can’t pronounce her name correctly.

Kind Uncle Donny, too, is obtusely comic, a fount of colloquial, conversational clichés. He’s as stiff and awkward as any childless adult in talking to his niece, reflexively referring to himself in the third person.

Aoife is a deeply religious soul, her devotion undergirded by a refreshing innocence. To her, the interior of her church looks like “a princess castle.” “Incense is fancy smoke that Jesus likes,” and “Saints are like ghosts, maybe, but nicer.”

Make no mistake: Religion and spirituality are serious thematic elements as Aoife’s search for the truth unfolds. Just past the novel’s midpoint, author Nellums shifts smoothly into a chilling quest narrative deeply imbued with archetypal resonance. And saints and ghosts play prominent roles.

Aoife, wholly believably, sets out, urged onward by her saints, on a midnight adventure along the byways of suburban Detroit. She’s chased by strangers, breaks into the house of her neighborhood’s obligatory angry old man in search of clues, and narrowly dodges a shotgun blast before escaping into the pre-dawn streets.

Okay, so maybe Nellums can’t resist tweaking Nancy Drew conventions. But all that’s a comic sidelight on her heroic journey. On a deeper level, Aoife’s dark night of the soul, unabashedly miraculous, leads her toward the truth of her brother’s disappearance.

Overall, for all its YA allusiveness, Aoife’s nightlong quest is a suspenseful and inspiring sequence in its own right, a testament to the girl’s innocent faith and her assumption of the warrior’s mantle, exemplified by her patron saint, Joan of Arc. All this could become homiletic, as in Aoife’s Illustrated Volume of the Saints, but Nellums handles this emerging strain of magical realism with a deft touch.

Some readers may find this mixing of modes troublesome, as well as they might the novel’s abrupt (and perhaps a bit forced) restoration of normality in its final pages. But this reviewer, for one, happily suspends disbelief and looks forward to more from this gifted author.