“The Best Book I Read All Year Was…” 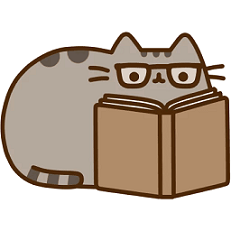 The Guardians by John Grisham. “As finely interwoven a plot as he’s ever pulled together, with his trademark humor and snide (and true) comments about lawyers and the criminal justice system, all enhanced by the fact that it’s based on a true story and advances public awareness of the important work of the Innocence Project.” ~Talmage Boston

Never a Lovely So Real: The Life and Work of Nelson Algren by Colin Asher. “This book reminded me — as though I could ever forget — that without experience beyond one's writing desk, there is no literature.” ~Rafael Alvarez

The Pigeon Tunnel: Stories from My Life by John le Carré. “Not a classic memoir, this one jumps around chronologically and has no narrative arc, but Le Carré’s delightful stories explore his stunningly dysfunctional family and fascinating life among the worlds of literature, Hollywood, and espionage. He reads the audio version himself, which is like sitting on the veranda with the most interesting and entertaining person you’ve ever met.” ~David O. Stewart

Exit West by Mohsin Hamid. “I found this a gripping tale of immigrant flight and plight and an intense depiction of what it might be to have no place to go, literally and imaginatively. Beautifully written and gripping. A co-favorite is Where the Crawdads Sing by Delia Owen, which offers the finest storytelling I think I’ve read since childhood. Beautifully written; a story that shakes your soul, and a surprise and satisfying ending. A memorable book told by an exceptional writer.” ~Linda Lear

Gould’s Book of Fish by Richard Flanagan. “I read lots of excellent books this year — including Amor Towles’ A Gentleman in Moscow, Tayari Jones’ An American Marriage, and David Mitchell’s The Bone Clocks — but this one stands out for its sheer unusualness. If you’re looking for a trippy story about an early-19th-century Tasmanian penal colony (and, frankly, who isn’t?), your search is over.” ~Holly Smith

Poems of Paris, edited by Emily Fragos. “‘From the Renaissance to the present,’ this book captures the beauty and mystery of the city. If you have a favorite poet of our time, s/he's most likely found here. And if you love Paris and can't quite get there right now, read this.” ~Grace Cavalieri

The Golden Wolf by Linnea Hartsuyker. “There are a lot of expectations going into the final book of a trilogy — especially when the story is a complex saga set more than a millennium in the past. So that makes Hartsuyker's high-wire, deeply moving finale all the more impressive. I wanted to learn about the end to Ragnald, Svanhild, and Harald's stories in Viking-age Scandinavia, but I ended up with so much more. Including a few tears.” ~Carrie Callaghan

Catch and Kill: Lies, Spies, and a Conspiracy to Protect Predators by Ronan Farrow. “Although I knew the story beforehand, the sheer reporting excellence of this book compelled me to read it in one sitting. Equally impressive: Farrow put the book through the same robust fact-checking for which the New Yorker, his new employer, is well known. ~Salley Shannon

The British Are Coming: The War for America, Lexington to Princeton, 1775-1777 by Rick Atkinson. “One friend said he ‘devoured it,’ and another said, ‘When I finished I felt like I had gotten personally acquainted with all the major players.’ Loving it myself, I couldn’t put it down, either.” ~Steve Case

The Ventriloquists by E.R. Ramzipoor. “A theater critic, a madam, an orphan girl, and a gay Jewish Nazi raise a middle finger to Hitler with a deadly practical joke in this intriguing fact-based novel.” ~K.L. Romo

Circe by Madeline Miller. “Finally, the sorceress from Homer’s Odyssey gets her rightful due in Miller’s gorgeous reimagining of the life of the goddess whose sympathies lie with mortals.” ~Jenny Yacovissi

On Earth We’re Briefly Gorgeous by Ocean Voung. “If you care at all about American literature, read Vuong, who, at 31, is already in contention to be the next Great American Novelist after the passing of Toni Morrison. His debut novel is On Earth We’re Briefly Gorgeous, and his first collection of poems is Night Sky with Exit Wounds.” ~Alice Stephens

Gallows Court by Martin Edwards. “Set in 1930s London, Edwards’ new series offers some contemporary twists on an era defined as the Golden Age of Detective Fiction (of which Edwards is the leading expert). The novel is brilliantly structured, layered with darkness, and features a craftily complex heroine: wealthy and willful Rachel Savernake, who may be helping fight crime and right wrongs — or may be the criminal mastermind herself. You’ll have to read to find out! And watch for its sequel coming out in 2020: Mortmain Hall.” ~Art Taylor

The Current by Tim Johnston. “Easily my favorite 2019 read: a slow-burn thriller in which a college girl — herself still on the mend from a savage assault that left her friend dead — sets out to untangle the mystery and its deep roots in the past. The novel is a moving acclamation of small-town America and a brooding meditation on loneliness and the persistence of memory.” ~Bob Duffy

Rock Bottom Girl by Lucy Score. “This is a standalone romantic comedy about a woman who's hit — you guessed it — rock bottom, and the guy who helps her see that she has everything she needs to pull herself up already. I manage to read about two pages a night before I fall asleep these days, but I raced through this book in less than three days!” ~Delancey Stewart

Where'd You Go, Bernadette by Maria Semple. “This story of a woman in mid-life is funny, poignant, and incredibly original. I read it in two days, but I'm still thinking about it months later.” ~Kristina Wright

Imperial Twilight: The Opium War and the End of China's Last Golden Age by Stephen R. Platt. “This book changed the way we understand the Opium Wars, or opium skirmishes between Britain and China, which also changed the dialogue over the Hong Kong protests. A must-read!” ~AA Bastian

The Sympathizer by Viet Thanh Nguyen. “This is the best work of fiction I've read this year and one of the best novels I've ever read, period. The final section is masterful — a moving take on the age-old question of how to Be in the Void. What's more important than independence and freedom? If you read this Pulitzer-winning book, you'll find out.” ~Dorothy Reno

Homesick: A Memoir by Jennifer Croft. “The perfect book for a writer to read, it works on so many levels: learning to love language in its many forms and meanings; the power and healing properties of words; and the arc of Croft’s resilience amidst a childhood of chaos and loss.” ~Cathy Alter

Olive, Again by Elizabeth Strout. “The ‘best book I read’ always seems to be the last one I read; right now, that’s Strout’s. But here are some others: The classic re-read that was the most poignant: The Bluest Eye by Toni Morrison. The nonfiction book that made me think: How Democracies Die by Steve Levitsky and Daniel Ziblatt. The books by writer friends that I would read even if they weren't friends: Midnight at the Orangporium by Tara Campbell and First Cosmic Velocity by Zach Powers. And, finally, the book that gave me the most joy: Water on the Sun: Poems by Grace Cavalieri.” ~Caroline Bock

The Friend by Sigrid Nunez. “This novel, which won the National Book Award in 2018, is a book for writers, questioning the role of the writer in society and especially the place of fiction. Whose story should I tell, whose story is it to tell? Every page had three quotes worthy of bookmarks. Genre-bending, I wasn't sure if I was reading fiction or nonfiction, or simply the diary of a genius.” ~Leeya Mehta

Mary Toft; or, the Rabbit Queen by Dexter Palmer. “Who wouldn’t read a book supposedly based on a true story about a woman who gives birth to rabbits which begins by explaining that the condition of a child is directly caused by the mother’s state of mind while pregnant?! A co-favorite is Eleanor Oliphant Is Completely Fine by Gail Honeyman. The first-person narrator has never been a favorite of mine, but Eleanor’s voice was so sly, funny, and crazy that I was absolutely compelled to know how in the world she could possibly turn out ‘just fine.’” ~Joye Shepperd

This cerebral magazine is both microscope and telescope