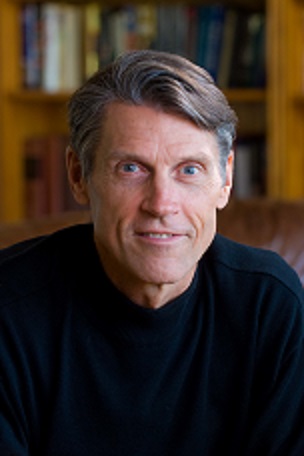 In Reagan: The Life, by the prolific and bestselling historian H.W. Brands, the author seeks to establish Ronald Reagan as one of the two great presidents of the 20th century. I recently spoke with Brands about his newest work.

Reagan turned the direction of political discourse from the liberalism that had been predominant from the 1930s to the 1970s [to conservatism]. He did not accomplish all the conservative things he wanted, but ever since Reagan, we have been having a different discussion than [we did] from Franklin Roosevelt to Lyndon Johnson.

Reagan had a very simple worldview — that communism is evil and must be defeated. In fact, by the end of his presidency, Reagan had pushed Soviet Communism and communism in the world to the brink of dissolution. It took the cooperation of Mikhail Gorbachev, of course, and it took a lot of finishing-up work by George H.W. Bush, but Reagan is the one who pushed the Soviet Union to the edge.

What did you learn, and what would readers learn, that we don’t know about Reagan?

Reagan is someone who knew a lot about things he is usually not given credit for. It was easy for his critics to dismiss him as the actor reading other people’s lines. One of the first things I discovered is that Reagan actually wrote more of his own lines than any president since Woodrow Wilson.

He was someone who had learned the art of speaking during his wilderness years in the 1950s, when he was essentially a PR man for General Electric. He wrote speech after speech after speech, and he learned the art of public speaking. He learned how to get ideas across in fairly simple language, and then he honed that craft when he was writing radio scripts for himself.

He had a three-minute radio program that ran daily from 1975 to 1979, and he wrote hundreds of scripts where he needed to educate himself about important topics. Now, he only needed a three-minute-deep understanding of these topics, but for a president, that is often enough.

One of the surprising things for me was that Reagan knew enough, but not too much. It is actually a problem for presidents if they know too much because they get stuck in the details. Reagan was a big-picture guy; the details he left for subordinates.

[In Dutch: A Memoir of Ronald Reagan, biographer] Edmund Morris basically threw in the towel and said, “I can’t understand this guy,” and went the fictional route to try to get it right. I think, actually, Reagan is not that hard to understand. He grew up the son of alcoholic father and, as a result, was very careful with whom he entrusted his emotions. People who knew Reagan from afar thought him a friendly guy — “Boy, I would like to get close to that guy, he would be a great person to talk to” — but the closer they got, [the more they realized] there was this reserve and coolness about him.

For me, the puzzle was how did this guy accomplish what he accomplished? The Reagan enigma is not why he was the person he was, but why he was the president he was. Because he was not a man of striking or observably remarkable talent. I came to believe that he changed the world, but in many ways, he was an ordinary guy.

He was smarter than given credit for. Reagan actually, in some cases, deliberately held back so he could take people by surprise by how much he actually knew. But he had just the skill set necessary to be a very effective president. He understood the American people, he understood how Americans love to be flattered, and he endlessly flattered [them].

Franklin Delano Roosevelt is always regarded as the dominant president of the 20th century. Is Reagan his equal?

Reagan is the conservative bookend to Roosevelt’s liberal bookend. When [Roosevelt] became president in 1933, he looked at the balance between the public sector and the private sector, between democracy and capitalism, and he saw that things needed a push from government. We needed stronger government to deal with the Depression, and so Roosevelt pushed things in a liberal direction.

Now, one of the things I have to say is the pendulum in American politics never gets that far from center. It was somewhat to the right of center when Roosevelt became president, and he pushed to the left. And it stayed left of center through the 30s, 40s, 50s, through the Great Society of the 1960s, and even into the 1970s. What Reagan did was push back in the other direction. Both of them were trying to find the appropriate balance.

In fact, Reagan considered Roosevelt his political hero. In his early days, Reagan proudly acknowledged he had voted for Franklin Roosevelt four times. And even after Reagan’s politics shifted, Roosevelt was still [his] model for how you be president.

James McGrath Morris' most recent biography, Eye on the Struggle: Ethel Payne, the First Lady of the Black Press, was released earlier this year. Click here to read the Independent's review.