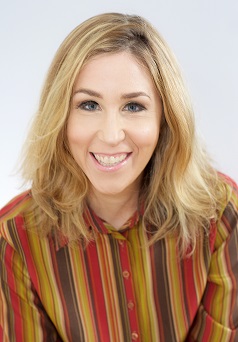 For New York Times Book Review editor Pamela Paul, it’s an everyday requirement to sift through dozens of books, only a fraction of which will make it into the hands of reviewers. Paul is herself a writer, too, whose most recent book, My Life with Bob: Flawed Heroine Keeps Book of Books, Plot Ensues, provides a chronology of what can perhaps best be described as a lifelong diary.

How did this idea for a book about Bob (your “Book of Books”) first come about?

This came out of an essay that I wrote for the New York Times in 2012, in which I wrote about Bob for the first time publicly and printed the first page of the book, which was terrifying because it was essentially my teenage diary, and here it was now out in the Times. But I got a huge response, and it lingered a little in the back of my head since then. And then later, it rose out of a conversation with my editors, and I realized that nothing like this had ever been written. It’s not really a book about books or a memoir; it’s a book on how we read books and what that relationship is like.

In the book, you mention that it was a thrill to “read beyond [your] means.” Do you think people are doing much of that these days?

I think they are. Particularly young people, because a lot of kids are confronting serious and more grown-up kinds of situations in the way that, for example, Judy Blume has done for a long time. Now you have authors of middle-grade fiction writing about topics like the opioid crisis, or writing about transgender-identity issues, or race, things that are boundaries which kids are trying to explore.

I would also say that we do that as adults because reading is a way to get outside our own experience. I think that, increasingly, many Americans are open to reading global fiction, books that come out of different cultures. Certainly, in our polarized political climate, people could use getting out of their own echo chamber and reading in depth about other viewpoints that you can find in a book and aren’t necessarily going to get on a Twitter feed.

You quote Herman Hesse when he speaks of “the naïve reader, consuming books and swallowing them whole.” With social media and the Internet, have we become “naïve readers”?

Certainly, we’re exposed to a lot more writing that hasn’t had the benefit of an editor, fact-checker, or a copy editor. I think things are filtered for us in a way that they didn’t used to be, so you didn’t have to be such savvy or skeptical readers, and maybe our reading habits haven’t quite caught up with that. I think that, from our recent news cycle, people were absorbing things, believing they came from a reliable news source. Many look real, and now that we don’t necessarily know they are, it’s easier for people to fall into that trap.

You mention frequently finishing books that you don’t particularly like, or “hate-reading.” How many books would you say you’re guilty of hate-reading?

I don’t feel guilty at all, actually. It’s a good thing to read things that you don’t like. Reading is a pleasure, it’s true, but not all reading has to be pleasure reading. We read for different reasons: curiosity, for example, or just to be challenged. Once you’re out of school, sometimes you can let go of that reading-to-be-challenged portion. But in an era when there are such polarizing viewpoints, it’s even more important to dive into things that make you uncomfortable, or things that seem wrong to you. If you’re going to disagree with someone on social media, and they’ve written a book, maybe try to read it. I’m not saying that you have to agree with a certain person’s point of view when you read their book, but it might be interesting to actually get through that.

How was the writing process for this book compared to your previous ones?

Oh, it was night and day. Two of my previous books were based on stories that ran in Time magazine, and one of them was based on a personal observation I had made which I then explored internally. Those three books were journalistic in application, where I was interviewing people, gathering evidence, and then trying to prove some kind of point. They were argument books.

There’s no argument in this book [because] I’m not trying to persuade anyone of anything. I wanted people to enjoy the book and for it to be fun to read, and that’s actually a difficult thing to carry out. I’m proud of the work I did in my three other books, but I don’t think they’re necessarily fun reads, and I wanted to write something that you could pick up and that it was a pleasure. It’s not that I’m saying it isn’t thought-provoking in some ways, but it kind of reads itself.

I was impressed with how much traveling you’ve done and the periods of your life that you’ve spent abroad. Have your travels made you, if not a better reader, a more critical one?

The chapters in the book are themselves book titles. How important were these books in your life?

Each of these books were not just in my “Book of Books,” but they also embodied things about my life, too. I’m not really writing about a particular book, but about what they convey. It’s about the narrator infiltrating your own points of view and you’re seeing things through that author’s eyes and the mixed experience that you’re getting through multiple lenses. But it was a tall order to find books that embodied all those things and write about them in that way. I didn’t want to issue a verdict or explore the deeper seams of the books themselves.

You mentioned that we often judge people by their books. Why do you think we do that?

We judge people by all kinds of things, and generally people don’t have movies [sitting out] unless they’re really into collecting them on their shelves. But, certainly, with music collections, we do that because we want to know what people are curious about, what they know about, or what they want to know about. Every bookshelf holds a larger story that goes deeper than that. It might be a book that someone in your life gave to you and you don’t want to throw away, or maybe it’s a signed edition of a book you have no interest in reading. So, every book that’s on your shelf certainly tells some kind of story. Each book has a reason for being there.

Has there been a book recently that made an impact on you?

The last book that I read just blew me away, but it’s not a new book, and I kept wondering why haven’t I ever read this book before. It’s The Woman in White by Wilkie Collins. It’s been such a long time since I shuffled around my personal top-five or top-10 [list] of books, but that book may be getting on it, and it’s so exciting at my age to have a new entry in the pantheon of all-time great books. Another thing that moved me about that book is that it came out in 1860 and it’s so modern. In a way, I found it very soothing that there are internal human experiences that were just as true in 1860 as they are in the tumultuous year of 2017.

How difficult is it to decide which books get reviewed in the Times and which don’t?

It’s very hard. There’s no way we can review every book that is deserving of a review. Ultimately, that’s not necessarily our job; it’s [to] look at thousands of books published every year and [decide which are worth our readers’ time]. So that’s the call we’re trying to make. And it doesn’t mean we don’t miss out on books we should have reviewed but don’t have the space to. There are a lot of guilty feelings about that, I have to say.

Right now, I’m fully absorbed in my job at the Times. We have been expanding what we’re doing with our book coverage and we just hired three new people. So there’s a lot going on here, it’s an extremely full-time job, and I’m just focused on really thinking about how the book coverage of the New York Times should be for a digital audience, in particular.