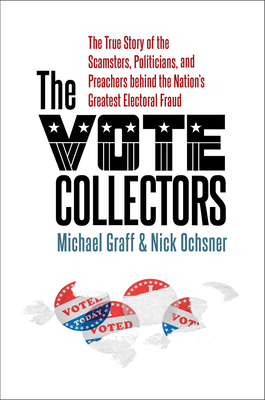 Roughly two-thirds of Republicans continue to believe the 2020 presidential election results were tainted by fraud. Meanwhile, the vast majority of Democrats believe voting fraud is vanishingly rare. Lawsuits filed by Donald Trump supporters alleging fraud have almost universally been thrown out of court for lack of evidence, in some cases by judges Trump himself appointed.

Election rules are set by states and generally administered by counties or municipalities, each with their own way of doing things. Any effort to conspire successfully on a national basis would require an unimaginable number of people both to do the wrong thing and to keep their lips zipped. And as the party game “telephone” demonstrates, it’s virtually impossible for even a small group of people to keep their story straight or even coherent for long.

Even at the local level, there are typically too many believers in the sanctity of democracy — Democrats and Republicans who check their party affiliations at the door and take oaths to work together for the common good, serving as election officers — for fraud to be anything other than rare.

But from time to time, it does happen. The Vote Collectors explains just how it did not long ago in rural Bladen County, North Carolina.

Authors Michael Graff (a reporter at Axios Charlotte) and Nick Ochsner (chief investigative reporter at WBTV in Charlotte) prove to be an effective team both in terms of researching and storytelling. From time to time, what their reporting reveals — in part, through an unlikely friendship with the book’s protagonist — affects the course of events.

That protagonist is McRae Dowless, a chain-smoking former used-car-lot manager who’s been married 11 times (to nine different women). Dowless is also a convicted felon who went to prison in the 1990s for insurance fraud; he attempted to buy a policy for a dead man and then collect on it.

Beginning in 2006, he served in various campaign capacities for a variety of candidates (Republican and Democrat), and in 2012 and 2016, he won election himself to the Bladen County Soil and Water Conservation Board.

There are fewer than 22,000 registered voters in Bladen County, and Dowless believed he knew a lot about influencing their preferences. It was a reasonable belief, given his strong record of getting out the votes needed for his employers to win elections — especially votes cast using absentee ballots.

But in 2016 and 2018, there were plenty of questions about absentee ballots in Bladen County, and about how Dowless worked his magic. In the 2018 election, Dowless worked for Rev. Mark Harris, a Republican running for a seat in the U.S. House of Representatives who seemed to have won until clear evidence of fraud led to the results being overturned — an unprecedented event in U.S. history.

Among the many odd twists along the way, a candidate (Dowless himself!) challenged a race in which he was the victor and in which an attorney argued that write-in names could be added to ballots by anyone, not just voters themselves.

In testimony before the North Carolina Board of Elections, associates of Dowless — including friends and family members — told shady stories of being paid to “help” people fill out absentee ballots and then “harvesting” those ballots by offering to mail them. Neither practice is legal.

Apparently, such things had been commonplace for a while in Bladen County; in 2016, a voter actually filed a complaint with the county that no one had come to (illegally) pick up his ballot.

Election troubles have a long history in North Carolina. Graff and Ochsner take readers back to the days of violence, poll taxes, and literacy tests being used to intimidate and exclude Black voters. They also look at how modern-day gerrymandering means that although more North Carolinians are Democrats than Republicans, the latter party holds eight of the state’s 13 seats in Congress.

In 2019, Dowless was charged with mishandling ballots, obstructing justice, perjury, and solicitation to commit perjury. His trial is scheduled to begin in August 2022. Ten others have also been arrested in connection with the illegal voting activities during the 2016 and 2018 elections. Meanwhile, Dowless is set to report to prison to serve six months for defrauding Social Security by claiming a disability in 2013 and not reporting his income as an election consultant.

As the authors observe, Republicans will see The Vote Collectors as proof that voter fraud happens. Democrats, meanwhile, will note that proof of such shenanigans is exceptionally rare and that the perpetrators (and beneficiaries) often turn out to be Republicans.

The book doesn’t spend much time talking about the 2020 presidential election, but it does mention that, in September 2020, then President Trump was in North Carolina when he tacitly encouraged his followers to commit fraud by attempting to vote twice — first via absentee ballot and then at polling places. According to the New York Times, Trump told a Wilmington crowd:

“Let them send it in and let them go vote, and if their system’s as good as they say it is, then obviously they won’t be able to vote. If it isn’t tabulated, they’ll be able to vote. That’s the way it is. And that’s what they should do.”

Of course, to keep voters safe during the pandemic, absentee ballots played a larger role than usual in the 2020 election. The U.S. Election Assistance Commission reported that more than half a million absentee ballots were rejected in 2020, but that’s less than one percent of the total number returned. Among the reasons: non-matching or non-existent signatures; an in-person vote had already been cast; the ballot was not received in time; or the individual wasn’t eligible to vote.

According to calculations by the Hill, even if all the ballots rejected had been cast for Trump, there would not have been a single state where the presidential race results changed. In other words, the system worked as it was supposed to, and election fraud is exceedingly unlikely.

This masterful account of the future president’s “in-between” years brings him vividly to life.