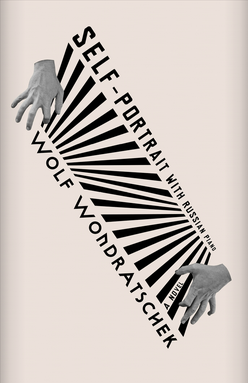 Self-Portrait with Russian Piano is a novel so far outside the mainstream of literary fiction that I can’t recommend it to the casual reader. The story is about music, and the writing style is a meandering stream of consciousness — as if the text were composed according to musical logic rather than language rules.

It’s about two men: the narrator and the object of his attention. The man telling the story, whose name is never divulged, is presumably Austrian and lives in Vienna, where the novel takes place. The subject of his narrative is an aging Soviet concert pianist named Suvorin, living in exile. The two meet in a coffeehouse called La Gondola, where Suvorin admires a painting that seems to recall his past.

The conversations between them go on over an unspecified period of years. Suvorin reminisces about the horrors of World War II, complaining that death came and there was no one left to explain it. He misses his dead wife, a violinist. He remembers teaching at the conservatory. He recalls Leningrad and the change of its name back to St. Petersburg.

He also talks about music, always in an aesthetic way, never dealing with practical aspects. I came away feeling that Suvorin was so accomplished that his mastery of piano technique was a given, requiring no attention whatever. He sees music as the language the soul uses to think.

But Suvorin is anything but a typical musician. Despite his successful career, he no longer plays the piano and always hated audiences’ applause. As the references in his remarks make clear, he has played all over the world. He has also known nearly every leading musician of his period — in passing, he mentions Sviatoslav Richter, Emil Gilels, Heinrich Schiff, Glenn Gould, and countless others.

Author Wolf Wondratschek’s writing style makes reading difficult. The narrative shifts from third person to first person and back again without quotation marks. Sometimes the narrator is speaking, sometimes Suvorin. Much of the time, I couldn’t tell which. In later sections, others speak in the first person. The reader has to go with the flow.

The novel is a translation from the German by Marshall Yarbrough. I am always tempted, when reading a translation, to blame linguistic discomfort on the transfer from one language to another. That argument doesn’t work here, however, in part because German and English are so similarly constructed and written, and in part because the English throughout flows so naturally.

Self-Portrait is a short book, only 224 pages, with 19 chapters, some only three pages long. Each chapter begins with a page showing only the chapter title, followed by a blank page. The result is that the actual text is even shorter than it looks. But it took me longer to read this book than other novels two to three times as long. I so often had to stop, go back, and reread to try to understand. The following passage is typical:

The visible conceals the invisible.
Like even numbers conceal the odd, like a fan conceals a face?
A movie star, female, a big icon, in an interview: “I’m only a beautiful woman when no one’s looking.”

The story ends as it began. The narrator has been away from Vienna for half a year. When he returns, he seeks out Suvorin and can’t find him. He walks through the streets near the coffeehouse and even asks about Suvorin. No luck. He returns to La Gondola only to discover that it is no longer there. It has been replaced by a restaurant whose staff knows nothing of Suvorin. He wonders if the musician might have died. Then, one day, he finds him again. The novel concludes with a description of Suvorin drinking coffee:

“…[H]e puckers his lips like a flautist, it’s just that the sound we hear isn’t a flute, it’s a whistle, not loud, not even unpleasant, a breath, breathing in the smallest possible quantity.
His tongue, curved like a spoon, receives the first drop, sucks it up — a joy, what a joy such things can bring.”

I finished reading the book doing as I’d done from the beginning: scratching my head.

Tom Glenn, who has worked in seven languages other than English, holds, along with several other degrees, a B.A. in music. Having spent more than 30 years as a clandestine signals-intelligence operative, he retired as early as he could to write fiction full time. He now has six books and 17 short stories in print.