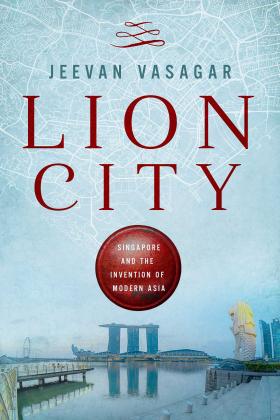 When you exit a restroom at Singapore’s futuristic Changi Airport, you’ll see a colorful screen featuring a picture of an employee with his or her full name, plus this cheerful greeting and invitation: “Good morning! Please rate our toilet.”

You can choose one of five buttons — Excellent (illustrated with a smiley face so happy the eyes are closed), Very Good (smiling), Good (neutral), Poor (frowning), and Very Poor (unhappy face, near tears). Across the bottom of the screen, there’s an assurance that “This screen is sanitised regularly.”

That’s true of Singapore itself, in more ways than one. It’s a city/state/country all in one that has achieved a near-Utopian quality of life thanks to stringent laws and remarkable micro-management that would be unlikely to work as well anywhere else.

So perhaps it’s not surprising that reports on airport restroom conditions once appeared weekly on the desk of the country’s founding father, Lee Kuan Yew, according to Jeevan Vasagar’s Lion City: Singapore and the Invention of Modern Asia.

Vasagar formerly covered Singapore and neighboring Malaysia for the Financial Times — a challenging job in a country where it isn’t unusual for the government to ban or sue (invariably successfully) journalists or publications whose reporting might dare to portray anything in a less-than-positive light. (The Internet has proved harder to police.)

In this book, his first, Vasagar explains the benefits and costs of Singapore’s tight controls, looks at how the overall approach evolved, and considers what the future might bring to the tiny nation. (Singapore, by the way, is just three-and-a-half times the size of Washington, DC. You could fit seven Singapores into one Delaware, and almost four into a single Rhode Island.)

There are indeed a lot of seemingly silly rules that residents (and visitors) absolutely must heed, but most of them seem clearly intended to make the nation a safer and less stressful place. (Your mileage may vary.) The famous ban on chewing gum, for instance, came about because discarded gum caused subway delays when doors could not close.

Singapore is also known for zero tolerance of drugs, and poppy seeds for use on bagels are carefully inspected for any trace of opium — ironic, perhaps, considering that in the 19th century, the opium trade represented perhaps half of the local economy. Drug trafficking is still punishable by death, although the last execution was in 2019.

(I still have a remarkably elaborate brochure distributed in the 1980s by the Singapore Tourist Promotion Board, in which an otherwise lighthearted Do’s and Don’ts list darkly warns, “Be caught with drugs and your flight home may be delayed by 30 years. Be caught with a serious quantity and you might as well get a refund on your ticket for your next of kin.”)

Both bans help to illustrate Vasagar’s description of Singapore as “an engineered society, perhaps the only example in history of an efficient and prosperous society that has been created from the top down.”

The engineering has been considerable and successful. The government provides state-built housing for all who want it, and there is almost no homelessness. Healthcare is so good that the average life expectancy (83) is among the world’s highest. The educational system is often considered to be a global leader. Everything has the feel of a well-run, immaculate amusement park.

Perhaps most importantly, people generally get along (and the government helps see to that). The country is truly a melting pot: It’s hot all the time when you’re located one degree north of the Equator. English is the language most widely spoken, but the largest ethnic group is Chinese, even though the nation is 1,200 miles from the southernmost tip of China. The country goes to great lengths to blend its people, using quotas in residential neighborhoods and buildings. Indeed, since 1966, the Singaporean national pledge has called the population “one united people, regardless of race, language or religion.”

Of course, some of Singapore’s success is due to its location. Sir Thomas Stamford Raffles claimed the settlement for the British East India Company in 1819, noting that it was the midpoint on the most direct shipping route between India and China. It became an important port for the rubber and tin industries and these days handles more tonnage than any other container port in the world.

Raffles is still revered, but modern Singapore primarily reflects the vision of one man: Lee Kuan Yew, who was voted into office as the country’s first prime minister upon its independence in 1959. As a child growing up in Singapore when it was occupied by the Japanese, Yew saw the effects of using power to control the population. He used that knowledge to transform his country until his death in 2015.

Today, his son, Lee Hsien Loong, serves as prime minister. Family dynasties often crumble when they reach the third generation, so there’s concern about successorship. Another worry, Vasagar reports, is climate change: Nearly a third of the country is less than five meters above sea level. Meanwhile, the population is growing older, and birth rates are below replacement levels.

It'll be interesting to see what comes next. Meantime, Lion City is a satisfying and enlightening look at how Singapore has become what it is today. Vasagar finds the right balance of information and entertainment, and anyone headed to Singapore would be well advised to read his book beforehand to understand and enjoy the place (and maybe to stay out of trouble).

One minor quibble: In the book, durian (a spiky green Southeast Asian fruit vaguely resembling a covid molecule) is initially soft-pedaled as “toffee-sweet and perfumed.” Actually, it smells so foul that Singapore has banned it from most indoor spaces and from being carried on public transit — another example of making sure the trains can continue to run on time.

Randy Cepuch’s favorite Singapore site is Tiger Balm Gardens (aka Haw Par Villa Gardens), an odd hillside stroll through Heaven and Hell as depicted in Chinese folklore. Among books he’s previously reviewed for the Independent was another title considering Singapore (as one of eight notable metropolitan areas around the globe), Joe Berridge’s Perfect City: An Urban Fixer’s Global Search for Magic in the Modern Metropolis.