A gripping portrait of the District's coming of age during the War between the States. 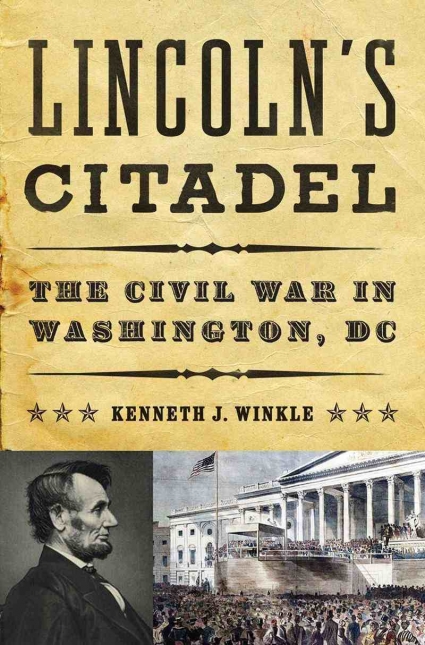 On a visit to Washington, D.C., in 1842, Charles Dickens aptly described America’s emerging capital as a “City of Magnificent Intentions.” Surveying the scene from the Capitol building, Dickens captured a sense of vast gears that had not yet been hooked up to the proper machinery: “Spacious avenues that begin in nothing, and lead nowhere; streets, mile-long that only want houses, roads, and inhabitants; public buildings that need but a public to be complete; and ornaments of great thoroughfares, which only lack great thoroughfares to ornament — are its leading features.”

The remark anticipates Washington’s coming of age during the Civil War, when the city grew dramatically to become the “nerve center” of the Union war effort. In the process, Washington set aside its image as a “lubberly lout in clothes much too large,” as one correspondent phrased it, and took its place on the world stage.

Kenneth Winkle, an acclaimed biographer and Civil War scholar, vividly reconstructs this hectic and often painful process in Lincoln’s Citadel: The Civil War in Washington, D.C. Winkle describes his approach as an “interior history” of the city, a phrase borrowed from Walt Whitman, who used it to describe the “minutia of deeds and passions” that animated the day-to-day prosecution of the war effort. Though Lincoln and his cabinet are given their due in Winkle’s account, an equal share of attention goes to the “ordinary and often anonymous Americans” who suddenly found themselves living under siege within a 37-mile ring of fortifications. “The soldiers and civilians,” Winkle writes, “the slaves and the newly free, the wounded and their nurses, and a host of others suffered, strove, and sacrificed along with the great and powerful as they did their best to survive and shape the outcome of the war.”

In Winkle’s hands these stories combine to form “a microcosm of the Civil War,” as this Southern, slaveholding community divides against itself, even as it struggles to cope with the relentless flow of casualties from the battlefields. “At the beginning of the war, the city had a single general hospital that admitted fewer than two hundred patients a year, and the entire U.S. army boasted only thirty surgeons,” Winkle tells us. “During the first year of the war alone, the army treated 56,000 sick and wounded soldiers in Washington. At the peak of the fighting in 1864, on a single day, the capital accommodated 18,000 sick and wounded soldiers.”

This massive influx of soldiers, together with huge numbers of fugitive slaves and other new arrivals, inflicted an unmanageable strain on the city’s infrastructure and sanitation, unleashing devastating epidemics of smallpox and typhoid fever — the latter disease claiming the life of 11-year-old Willie Lincoln in 1862. The president’s son probably fell ill, Winkle writes, “through the new plumbing that piped Potomac River water into [the family’s] bedrooms — from the reservoirs that held the decaying bodies of Union soldiers — or the pestilent canal that flowed, and sometimes overflowed, literally in their own backyard.”

Winkle is also the author of The Young Eagle: The Rise of Abraham Lincoln, so it’s not surprising that he gives considerable attention to Lincoln’s first foray to Washington as a congressman in 1847. “Lincoln’s experiences in Washington during his single term in Congress were richer than we have ever imagined,” Winkle writes. The experience “exposed him to the worst enormities of slavery as practiced in the nation’s capital. It was not his first direct contact with the institution but undoubtedly enriched his understanding of it.” Winkle’s portrait of Mrs. Sprigg’s boarding house on First Street, where Lincoln entertained his fellow boarders with “amusing jokes, anecdotes, and witticisms,” is perhaps the most engaging section of the book. At the same time, Winkle provides a framework for the sweeping changes to come by exploring Lincoln’s ill-fated “Spot Resolutions,” the young politician’s platform for registering his opposition to President Polk’s prosecution of the Mexican-American War. It proved to be a bruising experience, as Winkle demonstrates, and Lincoln emerged with little to show for it, apart from the unfortunate nickname of “Spotty Abe.”

Winkle brings an extraordinary depth of knowledge and an uncanny eye for detail to this gripping portrait of a city on the rise. It’s fair to say that there’s been no shortage of Lincoln scholarship of late, as the winding, 34-foot tower of books at the Ford’s Theatre Center reminds us. With its inventive, engaging spin, Lincoln’s Citadel demonstrates that there’s always room at the top of the pile.

Daniel Stashower is the author of The Hour of Peril: The Secret Plot to Murder Lincoln Before the Civil War.