A science blogger and nonbeliever eschews compromise in the debate on religion. 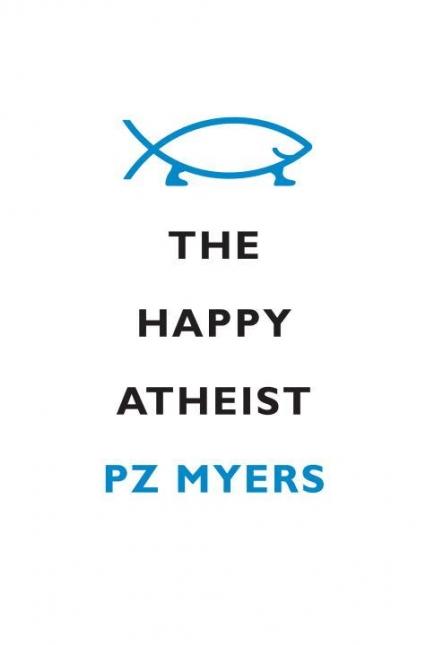 Readers could be forgiven for expecting a book called The Happy Atheist to be about the joy one can find in a secular life. But popular science blogger PZ Myers’s first foray into book-length publishing is no humanist manifesto. For a book billed as humorous, there’s a lot of material that is primarily angry and confrontational.

Long experience as a blogger has given Myers a clear, pithy style, and The Happy Atheist is an easy read. The prose lets the ideas shine through, and Myers has plenty of material. The follies of religion, especially religion in America, provide a rich target for his barbed pen. From debunking the Easter myth to pondering the burning of allegedly holy books, from bluntly addressing the reality of living without a belief in an afterlife to pointing out absurdities in popular conceptions of God, Myers trips happily along, letting no absurdity go unmocked.

Many will find this an enjoyable journey, but the tone is less than inviting toward those whose views differ from the author’s. “Fawning rubes,” “that smug jerk over there in the funny collar,” and “crazy dogmatists” are only a sampling of Myers’s turns of phrase. This is not the stuff of respectful discourse; what humor there is in the approach will be lost on readers who find his treatment of other human beings distasteful. Myers spends a fair bit of ink lampooning fundamentalism, but fanaticism is an easy target. He declines to engage with more thoughtful religionists other than to mock them.

“New atheist” writers such as Sam Harris and Richard Dawkins have already presented similar ideas, but, much as Myers may want to join their ranks, this slender volume adds little to the discussion. Presenting contrarian ideas in incendiary language is not enough to create an heir to the late Christopher Hitchens. Ultimately, The Happy Atheist reads like a handful of “greatest hits” blog posts that have been thrown together, maybe expanded a bit, and framed with opening and closing material. But this assembly of short essays falls far short of being any kind of substantive intellectual contribution to an ongoing societal discussion of faith and reason.

The lack of self-awareness in the chapter “I Am Not A Spoiled Child Having A Temper Tantrum” gives rise to some unintentional humor — hint: the statement “I am not a ___” is often a red flag. Myers confronts feedback he has received that he should be more empathetic and that his analytical approach too easily disregards the feelings of religious believers. Myers does not lack empathy; he appreciates that people’s feelings are hurt when their holy objects are desecrated, but he responds, “I don’t care.” Perhaps this is a different concept of empathy, which allows disregard for others’ feelings.

Myers says plainly he does not aim to communicate persuasively or effectively with people who disagree with him, particularly those who hold any kind of religious belief. An entire chapter sets out the view that understanding an audience and tailoring your message to draw on shared values is not, as some might think, a good means of effectively communicating ideas. To Myers, this is nothing more than salesmanship. An author who seeks to encourage people to think for themselves should not try to make a connection and find common ground. To do so is to “[try] to win people over with glib patter.” Hiding his real views makes him feel dirty; tact and kindness have no place in honest discussion — one has to wonder whether this adherence to speaking pure, untempered truth has ever waivered in the face of a question such as, “Does this dress make me look fat?” At a gut level, Myers enjoys the rhetoric he employs, so when science tells us that confrontation is not an effective way to communicate ideas, he decrees — when it comes to debate over religion — “I just don’t believe it applies.”

The Happy Atheist will appeal to existing fans of Myers’s blog and will no doubt introduce him to new readers, but, much as I hoped to get through this review without resorting to the metaphor of “preaching to the choir,” it is both too easy and too apt to avoid. Style is a personal matter, and perhaps many readers will not share my distaste for Myers’s approach. The book presents plenty of interesting ideas and arguments, and it is a punchy and provocative read. Those who share the author’s outlook will find talking points and rebuttals to call on in their next debate. It will also, unfortunately, hit home with staunch religious believers looking to have their worst stereotypes of atheists confirmed.

Beth Kingsley is a member of the Advisory Committee of the Center for Inquiry DC, and a member of the board of the National Capital Area Skeptics. In her day job, she is a lawyer.