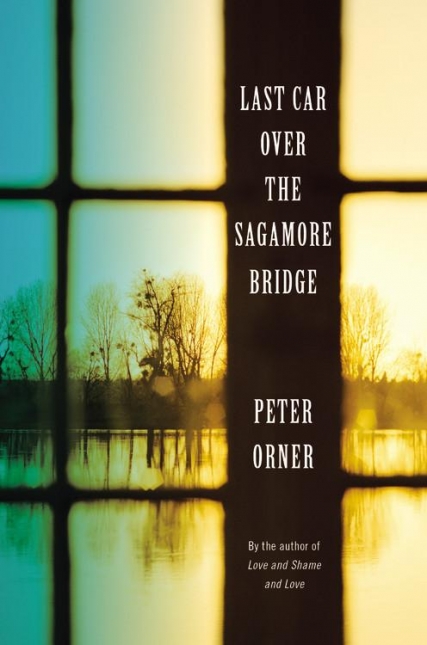 I kept getting lost while reading Peter Orner’s new story collection, Last Car Over the Sagamore Bridge. I’d forget to move my book marker and find myself rereading a story I was pretty sure I’d already read. Or maybe not. Maybe that was where I’d randomly stuck the marker at an earlier time, to get it out of the way of the story (or fragment or scene or single block paragraph-long italicized prose poem) that had me, at that moment, mesmerized, transported to one of Orner’s many and varied and haunting and deeply haunted worlds.

After a while I gave up trying to remember what I’d read, what page I was supposed to be on, all of that useless, compulsive, linear thinking. Maybe I had read a particular story before — maybe I’d spent time there three or four times already! — but since each reading felt like a new experience, and all felt utterly strange, what did it matter?

Plus all the stories are just so darn short.

In the 1983 film “The Big Chill,” Jeff Goldblum’s character, who works for People magazine, says he can’t write “anything longer than the average person can read during the average crap.” The same can be said of Orner’s stories, which mostly lie on the flash fiction end of the short story spectrum. Some — many — could fit on a single sheet of paper. Double-spaced.

The compressed form of these stories and vignettes serves as a powerful platform on which a single turn of phrase, and often just that, will give the work its necessary shift and resonance. There’s a lot of grief and pain and unresolved (and unresolvable) conflict here, occasionally leavened by a comic moment — but only occasionally. One or two of these puppies per sitting is the recommended dosage.

Here’s Orner, in the title story, summing up the closeness — and the insurmountable distance — between the protagonist and his wife, in four devastating sentences: “So he talks to Sarah without talking to Sarah, which is one of the great advantages of being married so long. Cuts down on the need for superfluous conversation. He talks to the idea of her. She talks on the phone.”

The collection itself, a mishmash of previously and widely published stories and stray chunks of prose, in some ways reminded me of what in the journalism business is called a “notebook dump,” when a reporter throws everything he or she has gathered into a story: every quote, detail, anecdote, no matter how relevant, with little thought to order or construction of the whole.

Orner does give a nod to thematic organization in Last Car Over the Sagamore Bridge — there are four marked sections, each with titles — but it’s perfunctory. Almost gratuitous. But again, who cares?

This collection, if read in order, beginning to end, will leave a reader too dizzy from the frenetic pacing and extreme leaps of time and geography, and the unlikely appearances of real contemporary and historical characters. Notorious murderer Nathan Leopold in Puerto Rico. Dead mayor of Chicago Harold Washington at the grocery store. Teddy Kennedy chatting up a woman during a campaign stop.

The obvious remedy for that sort of dizziness, of course, is just don’t read Last Car Over the Sagamore Bridge straight through.

Do what I did: Throw away your book marker and trust to the literary gods that whatever page you open to in Last Car, even if you’ve been there before, will be well worth the ride.

Steve Watkins is a novelist, yoga instructor, and former college English professor. His newest book, Juvie, will be released by Candlewick Press in October 2013. His website is www.stevewatkinsbooks.com.