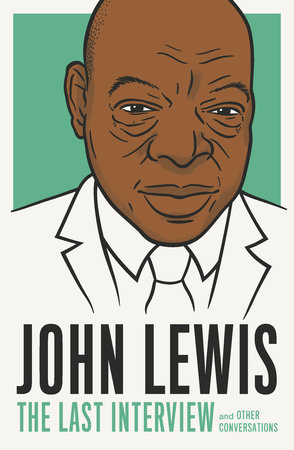 A hero is someone who can be admired without apology: no excuses, no explanations. A rara avis such as Nelson Mandela, Mother Teresa, Mahatma Gandhi, Desmond Tutu, Martin Luther King Jr., plus two pandemic saviors from the 1950s, Drs. Jonas Salk and Albert Sabin, who each discovered polio vaccines but forfeited all financial profit from their discoveries for the benefit of mankind. On July 17, 2020, the pantheon of heroes expanded when 80-year-old Rep. John Lewis (D-GA) went to the angels.

As a youngster in Troy, Alabama, Lewis went to the public library with his nine siblings to get a library card but was told the place was “for whites only and not for coloreds.” That rejection lit a candle in the little boy, who became a non-violent disciple of Dr. King and trained to be a community organizer.

At the age of 23, he began marching for civil rights when he walked over the Edmund Pettus Bridge from Selma to Montgomery and was beaten by Alabama’s “finest” on “Bloody Sunday.” Lewis fell to the ground and curled up in the “prayer for protection” position he’d been taught. He let his five-foot-seven body go limp as troopers walloped him with billy clubs. Lewis then staggered up, dripping with blood, and managed to make a speech denouncing the commander-in-chief of the United States:

The president was listening. Five months later, in 1965, Lyndon B. Johnson signed the Voting Rights Act to remove all race-based restrictions at the ballot box. The law remained in effect until 2013, when the Supreme Court ruled that Congress must update the act for it to continue to be applicable.

During his lifetime of principled protest, Lewis was thrown in jail over 40 times, but he never stopped marching or “getting into good trouble,” as he called it, until his death in the summer of Black Lives Matter. In 1998, he wrote Walking with the Wind: A Memoir of the Movement, which is required reading in many high schools and colleges. Years later, in an effort to reach young people, “the ones to continue the struggle,” Lewis wrote a trilogy of black-and-white comic books to illustrate the Civil Rights Movement.

Now, the principles that ignited his lifetime of protests for civil rights, voting rights, gun control, healthcare reform, and immigration rights can be found in this slim John Lewis: The Last Interview and Other Conversations. It’s a small book about a big man who speaks plain words as he presents a primer on peaceful protest:

“We believed that our struggle was not a struggle that lasts for a day or a few weeks or a few months or a semester. It was a struggle of a lifetime…You have to pace yourself for the long, hard…struggle. And you have to come to the point of accepting nonviolence as a way of life, as a way of living…The struggle is not between Blacks and whites…but a struggle between what is right and what is wrong, what is good and what is evil, between the forces of justice and the forces of injustice.”

John Lewis never gave up hope for “the beloved community,” a society based on justice, equal opportunity, and love for all. His hope, like that of Emily Dickinson, was a “thing with feathers that perches in the soul, and sings the tune without the words and never stops at all.”