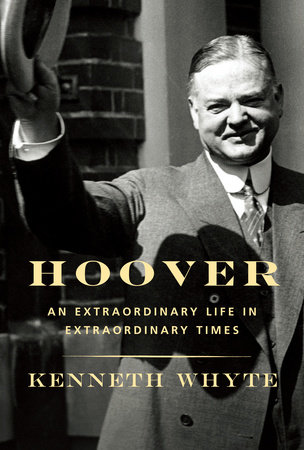 Fourteen American presidents have served in the Oval Office in the last 90 years. According to the January 2017 C-SPAN presidential-ranking poll (where all voters are leading historians from around the country), Herbert Hoover performed the worst. Acclaimed Canadian journalist Kenneth Whyte now makes a convincing case for the reassessment of our 31st president in his outstanding new biography, Hoover: An Extraordinary Life in Extraordinary Times.

The conventional wisdom in evaluating Hoover’s performance has always been that because he failed to end the Great Depression in the last three years of his presidency, he, therefore, underperformed as the nation’s chief executive.

This evaluation is made in the context that Franklin Roosevelt, ranked third in the C-SPAN poll, could not end the Great Depression in the first eight years of his presidency and was rescued from his economic policies’ failure only by the financial surge that came with America’s participation in World War II.

Shortly before his election, Herbert Hoover acknowledged having a special appreciation for “self-made men.” This stood to reason since he was the poster child for that species. Orphaned in Iowa at age 9, then passed around by his relatives until landing with an uncle in Oregon who treated him like the distant stepchild he was, Hoover’s formative years were largely devoid of love and affection.

Not surprisingly, such a cold upbringing produced a conflicted personality that was long on successfully pursuing front-page achievements in private business and public service, but short on social skills and personal interconnectedness with anyone, including his wife, two sons, and brother.

Prior to his presidency, Hoover was known nationally and internationally as a highly accomplished leader who always found a way to succeed when handed difficult and complex emergency situations. His role in leading the effort to provide food for millions of starving people in Europe during and after World War I, and then repeating that feat after World War II, combined with his heroics at rescuing and rehabilitating the victims of the catastrophic Mississippi River flood of 1927 (while serving as Calvin Coolidge’s secretary of commerce), make him the most successful humanitarian in our nation’s history.

Before he became president, the Saturday Evening Post described him as “a man to whom the impossible is always happening,” and Will Rogers said, “When a man is sick, he calls a doctor. When the United States is sick, we call Hoover.”

Thus, despite having no skill in retail politics (he refused to kiss babies, had no gift for small talk, and read all his speeches with his head down), Hoover handily won the 1928 election and entered the White House with the country in a mode of high expectation, filled with the desire to “give genius a chance.”

Once taking the reins and having his presidency monopolized by economic issues, Hoover’s failure to make the impossible happen by finding a way to end the Great Depression was not due to lack of effort. No president in history ever worked harder at the job than Herbert Hoover. He routinely put in 12- to 16-hour days, interrupted only by a 15-minute lunch, with nonstop meetings scheduled every day in eight-minute intervals.

Whyte’s book establishes that, although Hoover did not distinguish himself during his one term in the White House in his extensive efforts at tilting at the Great Depression windmill, the decisions made by Woodrow Wilson (ranked 11th by C-SPAN in the 2017 poll) and Harry Truman (ranked sixth) to put Hoover in charge of post-war European relief efforts were undoubtedly among the best decisions they made during their largely successful presidencies.

Hoover’s presidency ended with the 1932 election, when Franklin Roosevelt succeeded in selling voters a fraudulent bill of goods by claiming Hoover had caused the Great Depression and then done essentially nothing to bring an end to it.

Whyte details the historical assessments of the many factors that caused the protracted fallout, all of which conclude that its commencement in late October 1929 had nothing to do with Hoover’s presidential performance. The author also explains the many federal economic-intervention initiatives relentlessly pursued by Hoover which succeeded in producing short-term turnarounds that curbed slides and quelled panics, though each proved to be a “false dawn.”

Following his blowout loss to FDR, Hoover spent much of his remaining life as the New Deal’s most vocal and persistent critic. His persuasive attacks on his successor’s big-government policies became well accepted and ultimately provided the intellectual framework for the modern American conservative movement.

When Hoover died in 1964 at age 90, the New York Times gave this post mortem:

“The frustrations of the Depression years have been put into better perspective by our increasing awareness of his total contribution to the age in which he lived. History has not credited him with being a great president, yet it is clear now that the weight of the burden he carried in a bitterly divided and frustrated United States, complicated by the devastating European financial collapse of 1931, was perhaps more than any human being could have borne with success.”

Kenneth Whyte would surely remove the word “perhaps” from the Times’ assessment. The Great Depression was an insoluble problem, as Franklin Roosevelt proved during the first two-thirds of his presidency. From an historical evaluation standpoint, the person most severely wounded by the Depression was Herbert Hoover. This well organized, thoroughly researched, and smoothly written biography persuasively demonstrates that its subject’s place in history should be elevated far beyond its current status.

Talmage Boston is a historian and lawyer in Dallas whose most recent book is Cross-Examining History: A Lawyer Gets Answers from the Experts About Our Presidents (Bright Sky Press 2016), with a foreword by Ken Burns.