Dancing Fish and Ammonites: A Memoir

The octogenarian and award-winning author takes a look back at her wonderful life and much of human history. 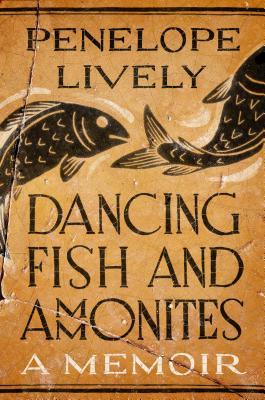 The raved-about and royally recognized British writer Dame Penelope Lively deserves to be acclaimed in America, too. Her new and timely memoir, Dancing Fish and Ammonites, penetrates the traditional boundaries of autobiography with more-than-expected acuity. It is comparable to a Jackson Pollock canvas-in-process: a daub of observation here, a splash there, each serving up a meaningful memory — particularly about aging.

Normally, a discussion about getting on in years causes people to withdraw but now, perhaps for the first time in history, the older population has influence, choices and clout. The very youngest of the Baby Boomers are turning 50, and the number of senior citizens and centenarians is on the ascent — worldwide. In the United Kingdom, that country’s Office for National Statistics estimates 455,000 persons will be 100 years old or older by 2060, up from 592 in 1961:

“Before the early-modern period, as historians like to call it, before the sixteenth century, few people saw fifty…Scroll back, and average life expectancy diminished century by century; two thousand years ago, it stood at around twenty-five…”

Lively, now 80, is still anchored in a career of belles lettres that has been polished with praise and plaudits. Dancing Fish and Ammonites revisits the arc of it — a backward glance — without excessive sentimentality.

Born Penelope Low in 1933, the only child of a British diplomat, the author was raised in Egypt until she was 12. By then Germany had trounced Europe, and was in terrifyingly close proximity to Cairo. The family returned to bombed-out Britain. Upon arrival, the girl, always tutored at home, was dispatched to a single-sex boarding school. Then, her parents split up:

“…I am sixteen now and my father does not like me to wear lipstick. He had become a single parent after the divorce, my mother not having applied for custody. He is out at his office all day, so I have put on the lipstick anyway, and sail out feeling glamorous, sophisticated….

Later, while studying history at Oxford, she met and married political theorist Jack Lively. At 37 in 1970, the author produced her debut work, Astercote, a novel of fantasy. Since then, something new — either for children or adults — has appeared almost every year. In the process she has received the prestigious Booker Prize, the Carnegie Medal, the Whitbread Children’s Book Award, and adventured to Moscow as one of six 1984 U.K. delegates to the Soviet Writer’s Union. The re-telling of that junket is the most humorous part of the entire story. Lively has managed marriage, mothering, and widowhood triumphantly, despite macular degeneration on the make, back pain, and two falls — each of which has pushed her a little further into risk aversion:

“There are things I no longer want, things I no longer do…I have no further desire whatsoever for travel. What? No further desire? You who crossed the Atlantic twice a year or so? Who left Heathrow twelve times one year? Who was happy to hop off pretty well anywhere at the behest of the British Council or on book-related business…That’s right; absolutely no further desire, and that includes holidays. I never want to see another airport. And, furthermore, I don’t miss it… Maybe I wouldn’t feel like this if I had not done so much — been there, seen that — if I didn’t have it stashed away in my head…”

Yet, even with ongoing physical diminishment, her mind still has “a healthy continuity and some kind of inbuilt fidelity to itself, a coherence over time.” The chief difference in her life, Lively writes, is that she allocates time more selectively, is no longer acquisitive, only attends events that do not bore and revels in her books, family, and a long, abiding interest in archaeology.

In the last section — the most personal — she opens up six treasures from her collection of antiquities, which encompass everything from a Jerusalem Bible and a replica of a revered Egyptian cat from the time of Pharaohs, to an artifact of leaping fish and a shard of extinct ammonites.

“The past is irretrievable, but it lurks. It sends out tantalizing messages, coded signals in the form of…Two leaping fish from twelfth-century. I can’t begin to understand what that time was like, or how the men who made them lived, but I can know that it happened—that old Cairo existed…To have the leaping fish sherd (sic) on my mantelpiece — and all those other sherds (sic) in the cake-tin — expands my concept of time. There is a further dimension to memory; it is not just a private asset, but something vast, collective, resonant. And all because fragments of detritus survive, and  I can consider them.”

Dancing Fish and Ammonites sets a flare onto every age and stage, and appraises it optimistically. Each sphere of life has its beauty. This reminiscence is worth a place on everybody’s shelf, so it can be brought down — every once in a while — for a thoughtful review.