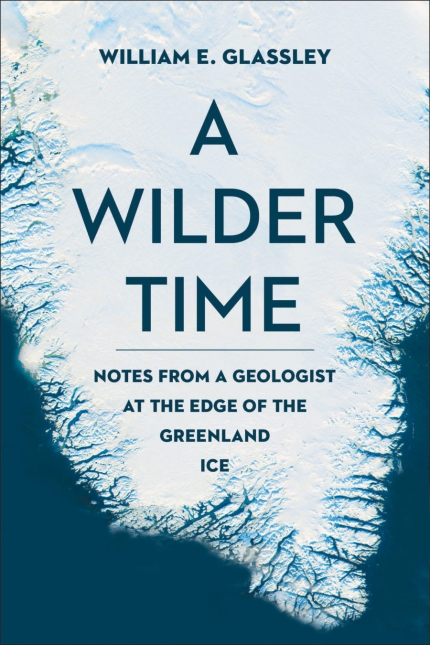 Bill Glassley spent his formative years in Southern California, skipping class so that he could surf. In college, he looked for a path that would allow him to keep surfing and maybe put in a little time as an oceanographer.

Unfortunately, he had to get through undergrad studies first. So he “reluctantly chose geology.”

He was uninterested until a professor, carting students on a required field trip, pulled over and gave an impromptu, mesmerizing lecture on the formation of a particular rock outcropping. Glassley was hooked. (Thank you, professor!)

Traveling along with Glassley here on his explorations of Greenland is likewise just as mesmerizing for those of us who didn’t know we were interested in geology. He is a thoroughly accessible guide whose wonder at the landscape that surrounds him is infectious.

Ten percent of the world’s fresh water sits frozen atop Greenland, rising to a height of 10,000 feet. The land itself is of relatively low elevation, having been ground down over billions of years and multiple ice ages; however, Glassley and his Danish colleagues, Kai Sørensen and John Korstgård, were seeking to prove that mountains the size of the Alps or Himalayas had existed on the land as of about 2 billion years ago.

The ice itself presents a challenge to that kind of discovery, since only a small fringe of land is accessible; however, the ice is “receding faster than plants can take hold,” so there are opportunities for exploration. Their selected research area on the west side of the world’s largest island was a spot about 100 miles wide at the widest point — where the ice begins — and 250 miles long.

When Glassley first accompanies Sørensen and Korstgård to Greenland, the expedition is motivated by the desire to quell a controversy over interpretations of the “areas of intense deformation” studied and reported on during earlier fieldwork. Based on work done in Greenland since World War II, a community of geologists had carefully crafted a theory of the collision of two small continents.

The space in between the landmasses, which is eaten up as the continents approach and finally meet, has to go somewhere. That somewhere, eventually, is up. If that’s true, where are the mountains? Well, even in geology, 2 billion years is a pretty long time, and, as Glassley observes, “Erosion always wins.”

Unfortunately, all the work of Sørensen, Korstgård, and their predecessors had been summarily dismissed as flawed by a team that had been in the field for a single season and cherry-picked its data. Most distressingly, that rebuttal had gained traction within the geological community — apparently, false equivalence happens in more than just politics and journalism.

Though A Wilder Time describes the men’s exploration and explains their findings —their original theory is vindicated, and then some — it is the author’s joy and sense of wonder at the land he’s exploring that makes this slender notebook so compelling.

When the team finds what turns out to be “the very edge of one of the continents involved in the collision,” formed of rock that is 3.3 billion years old, the discovery is also one of the most visually stunning:

Glassley is a careful observer of everything around him, and he shares that with us, from the utter silence he experiences on his first midnight walk, to the dense velvet carpet of moss that hides man-eating spaces in between the rocks he’s traversing, to the phenomenon of a stream of fresh water visibly layering on top of denser salt water below, which he is drawn to touch: “[M]y fingers penetrated the slithering boundary layer. Painlessly, I watched as flesh disassembled into a dance of swirling abstractions, my fingers becoming nothing I knew.”

Clouds of mosquitoes and ice-water bathing aside, he makes us long to be there, too.

Jennifer Bort Yacovissi’s debut novel, Up the Hill to Home, tells the story of four generations of a family in Washington, DC, from the Civil War to the Great Depression. Jenny is a member of PEN/America and the National Book Critics’ Circle, and writes a monthly column and reviews regularly for the Independent. She is chair of the 2018 Washington Writers Conference and is president of the Annapolis chapter of the Maryland Writers Association.