A Circle of Wives: A Novel

When a respected surgeon is murdered, the real mystery is: Why was he married to three women at once? 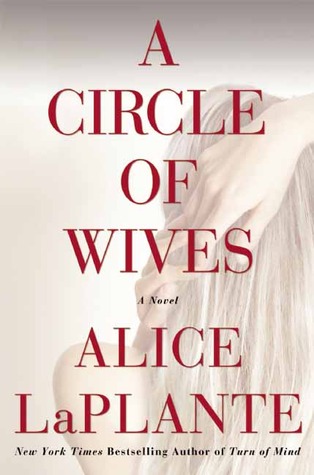 John Taylor was a respected California plastic surgeon who specialized in reconstructing the faces of children with birth defects. Generous and kind, often donating his services, he was widely revered. He was also married to three women, in three different cities, at the same time.

Soon after Taylor dies in a Palo Alto hotel room, an anonymous caller exposes his secret to the press. When an autopsy reveals that his apparent heart attack was murder, all three wives become suspects. Samantha Adams, a 28-year-old detective who has never investigated a serious crime, is assigned to ferret out the truth while her boss wonders if she should pass the high-profile case to more seasoned officers.

A summary of Alice LaPlante’s second novel may sound like the plot of a lurid TV movie, but she is too insightful a writer to resort to melodrama. As she did in her bestselling debut, Turn of Mind, LaPlante uses the structure of a murder investigation to craft unsentimental studies of people struggling through the worst ordeal of their lives.

Taylor is dead when the story opens, but his bigamy hasn’t yet been revealed. Wife number two, an Earth Mother type named MJ, and wife number three, a pediatric oncologist named Helen, learn of their missing husband’s death through news accounts. They also discover that he is survived by his wife of many years, Deborah, and three adult children.

MJ, who had what she thought was a happy marriage for six years, is stunned, “wandering around the house in a kind of trance, fits of crying interspersed with those of absolute fury, and bottomless panic… For what do you do when your husband not only turns up dead, but already married? I am suffocating under the weight of grief and rage.”

Helen, a colleague who knew nothing of Taylor’s real family, saw herself and her husband of six months as “two pleasantly exhausted professionals communicating in ways deeper than words” and sharing a passionate sex life. After learning the truth, she realizes everything he’d told her about himself was “a fantasy. No. That is too kind. A con.” But the truth doesn’t diminish her grief.

MJ and Helen both attend the funeral with the intention of revealing to Deborah that she wasn’t John’s sole wife. Not only do they discover each other’s existence, but the icily calm Deborah informs them she has always been aware of Taylor’s bigamous marriages. Indeed, they were her idea—a way to keep him happy in exchange for his promise not to divorce her and deprive her of the social and economic status she prizes far more than she ever valued his love.

Deborah insists her approval of her husband’s secret marriages should rule her out as a suspect in his murder, but Samantha, the detective, wonders if the situation had become too much for Taylor’s legal wife to tolerate. Why was he staying in a hotel instead of the nearby mansion he shared with Deborah? If she didn’t kill him, perhaps MJ or Helen stumbled on the truth and killed Taylor in a jealous fury. Did one of them tip off the press to humiliate Deborah? Other suspects appear, but Samantha keeps coming back to the three women as the most likely to have wanted their mutual husband dead.

Taylor, she discovers, was a different man with each wife. With MJ, he tended a vegetable garden and ate at funky restaurants. With Helen, he savored good wine and quiet evenings. With Deborah, he had the oddest relationship of all. Samantha, who has spent her entire adult life with the same live-in boyfriend, has never known people like Taylor and his wives. She flounders in trying to unravel the mystery. As the case takes over her life and her boyfriend loses patience, she realizes their relationship has already settled into the groove of dull habit where many longtime marriages end up.

The story is told in the alternating first-person viewpoints of Samantha and the three wives, allowing each to examine her emotions and personal situation in depth as the question of who killed John Taylor hangs over all of them. LaPlante creates four distinct and believable individuals while simultaneously casting doubt on the reliability of everything the three wives have to say.

If the novel has a weakness, it lies with John Taylor himself. Because the reader sees him only through the wives’ very different memories, it’s sometimes difficult to grasp his full personality. He enjoyed an elaborate game of make-believe, but apparently didn’t care about the damage he inflicted in the process. It’s hard to reconcile this sociopathic behavior with Taylor’s altruistic conduct as a surgeon.

A Circle of Wives is psychological suspense, not a fast-paced crime story, and the ending probably won’t surprise many readers. It is an engrossing tale of tangled relationships, unfilled needs, and the endless human talent for self-deception. The question it plants in the reader’s mind is the most chilling of all: How well do I know the person I love?

Sandra Parshall is the author of six novels in the Rachel Goddard mystery series. Her latest title is Poisoned Ground. She lives in Northern Virginia.