The Last Karankawas: A Novel

A diverse Galveston community grapples with turmoil on the ground and looming in the clouds. 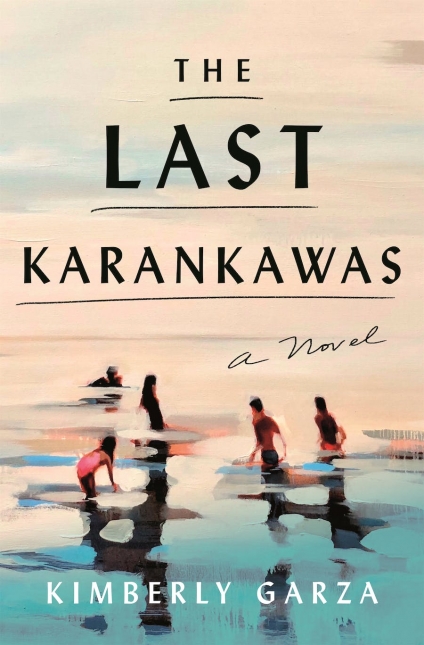 Kimberly Garza’s debut novel, The Last Karankawas, takes place in Galveston’s Fish Village before, during, and after the devastating 2008 Hurricane Ike. Fish Village is a diverse community of Filipino immigrants, documented and undocumented Mexican and Central American migrants, and some “BOI” — born on the island. Lives and struggles play out, influenced by a layered context of history, politics, economics, and the forces of nature and climate.

Fish Village itself becomes an over-arching character; Garza fuses background with the individual stories of her characters, all presented in short chapters. Some of these chapters were originally published as free-standing pieces; approaching the novel as a collection of linked stories creates a useful frame for entering the author’s rapid-fire, multi-focus narrative.

More than a dozen voices recount these interconnected tales of work and family, success and loss — “so many states of loss.” Some characters want to belong to a place and each other, some want to escape, some want both. They hurt each other and love each other, lose each other and rescue each other, over and over. Garza, in the best tradition of fiction, gives the reader many opportunities to be in another’s skin — like that of, for example, an undocumented waiter in a tourist restaurant who must remember to smile because “in America an unsmiling immigrant is a dangerous one.”

The novel’s community is dense with overlapping relationships but holds Carly Castillo, a young woman of Mexican and Filipina heritage, at its center. The author provides a “list of characters” to refer to, an essential tool as the non-linear, multiple-POV action flashes forward and back in time.

A chorus of women speaking in first-person plural (both an unusual and effective device, as used in Julie Otsuka’s The Buddha in the Attic and TaraShea Nesbit’s The Wives of Los Alamos), the older Catholic Filipinas of Fish Village introduce Carly. Marcos Castillo “ran off” years ago, leaving behind his Filipina wife, Maharlika, baby Carly, and Marcos’ mother, Magdalena, a native healer or curandera, one of the last Karankawas (whom some consider to be the Indigenous of Galveston, and others dismiss as myth).

Abandoned, Maharlika falls into chronic grief, leaving the Fish Village women to worry about Carly: “She is different from us. Maharlika’s girl has the look of our mixed children — many of us have married American men — but she is darker…She looks like a palm tree climber, a jetty-jumper.” Carly also asks disturbing questions at Mass, such as why baby Jesus is blonde.

Maharlika disappears back to the Philippines, leaving her daughter with her mother-in-law. Carly grows up as fierce and independent as Magdalena. Their relationship is loving and harsh. A hard slap resonates in Carly’s mind for years, an example of Garza’s skill with revealing personality and relationships through physical observation, description, and detail.

The present moment of the novel is late summer, hurricane season. Carly, now a nurse, faces changes and choices. Magdalena is aging. Carly finds her grandmother attempting to eat a whole, raw pompano and can no longer deny the woman’s dementia. But Magdalena rejects the care Carly arranges and barely manages to pay for.

Meanwhile, Carly’s BOI boyfriend, Jess — who passed up a baseball scholarship to stay in town and work as an oysterman — presses for a commitment. Outside, a parallel community-wide crisis looms: Ike is bearing down, and the evacuation order comes. As the intense, concise novel surges to its conclusion, the hurricane hits, inundating Fish Village.

In the storm’s aftermath, those who remain discover what is lost and what can be recovered. Garza ends by panning out to an omniscient stance. The last chapter, “Galveston: A Glossary & Guide for the Uninitiated Traveler,” assumes the anonymous voice of a scholar concluding her dissertation by providing definitions of colloquial terms and pseudo links for more information. Subtly, characters and ghosts break through and speak, revealing glimpses of the past and what may come.

Meteorologists say Atlantic hurricane activity last month was unusually quiet. Though The Last Karankawas was published August 9th — was fated to be published, Magdalena might say — during this ominous lull in storm activity, it arrived in a season nonetheless marked by other disasters in Texas, including the massacre in Garza’s hometown, Uvalde.

It’s fitting, then, that her novel offers such an immersive experience of a particular complex community which is both beautiful and dangerous — embodied by Galveston’s oleander trees, whose stunning blossoms are poisonous. The Last Karankawas reflects and speaks to our present destabilized moment with storm-level intensity.