To Blurb or Not to Blurb

…and other ethical dilemmas of the striving author. 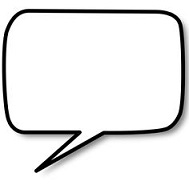 Who knew that being an author was such an ethical minefield? Once, I dreamed of the acclaim and riches that would come with publication. What I got instead were sticky situations as I tried to be true to my principles while promoting my book.

When my publisher said they would handle the solicitation of blurbs for my debut novel, Famous Adopted People, I was ecstatic because I suck at asking complete strangers for big favors. And without a doubt, it’s a big, time-sucking favor to read a manuscript and provide an endorsement.

(A friend told me she recently sent a fan letter to an author, only to receive a bounce-back email advising that he would not read or blurb manuscripts.)

The publisher sent me a list of influential authors they had contacted for blurbs. When my novel was published, there were no blurbs. That was fine with me because I’ve never seen the point of blurbs, which are more testament to the author’s industry relationships than to a good product. Instead, my cover carried excerpts from favorable reviews, which, as a book reviewer, I consider more trustworthy.

When I was asked by the editor of a Big Five imprint to blurb an upcoming publication, my knee-jerk reaction was, “Hell, no!” I didn’t have blurbs on my cover and I’m not going to play the industry’s silly blurb game.

Furthermore, the manuscript was a nonfiction sports story. I’m a fiction writer who has no patience for spectator sports. But the book also touched on a subject that’s pertinent to my novel and, indeed, my life. I read the manuscript and thought the author did an admirable job of presenting a coherent story that captured the interest of even a sports dunce like me.

In the end, I took a transactional approach, providing a blurb that emphasized the book’s appeal to those readers interested in the same subject that features so prominently in my book, thereby helping a fellow author as well as perhaps attracting more readers to my work.

Shortly after I signed my publishing contract, I joined a chat group for debut authors. It was edifying to read about the experiences of other writers preparing to launch their first books, and I liked the sense of camaraderie and support.

However, I quickly noticed regular requests for five-star reviews on Amazon, Goodreads, and other websites, with promises to return the favor. As a reviewer, my very nature recoiled against awarding five stars to books I hadn’t read or, even worse, I had read and considered unworthy of such a rating.

Even more awkward, though, was reviewing fellow debut authors’ books for the Independent. One review in particular was scathing, though I didn’t realize the author was a part of the chat group until she posted about her bad reviews. After that, I avoided both the chat group and reviewing debut novels.

As for Amazon, I am exculpated from pleas by friends to review their books because Amazon doesn’t allow people who aren’t customers to post reviews. I’m proud to say that I’ve been Amazon-free for several years now, buying exclusively from independent bookstores, which will gladly special-order books. And Goodreads, which is owned by Amazon? Most authors understand when I say that I just don’t go there.

The book panel is a time-honored promotional tool. Panels usually include moderators who read the books and think up pertinent questions that engender lively discussion. For ticketed events and bigger festivals, a moderator may get paid, but generally it’s understood that the moderator is doing it in order to promote her own name and books, as a favor to the authors, or just for the good time.

It’s a lot to ask. Many hours of preparation are required. In a perfect world, moderators would be paid. In actuality, most authors would be losing money if they paid a moderator for a typical bookstore event.

Recently, I was invited to be on a book panel, only to discover that the moderator was asking for compensation. While I sympathized with her — it’s a dirty secret of the industry that writers do a lot of work for free — I also balked at paying. If I had a marketing budget or was raking in the royalties, I would be glad to remunerate, but the stark reality is that currently I earn more money from side gigs than I do from royalties.

As an author on the margins, I simply can’t afford to pay a moderator and, thus, I refused to do so.

Sometimes, when reading acquaintances’ works, I come upon things that I find racist or racially insensitive, or that simply reek of white privilege. In the past, I may have ignored racial bias so as not to make things uncomfortable for the other writer or, quite frankly, for me. But now that racism is on the rise again, and the pernicious effects of white privilege have become blindingly obvious, I’m forcing myself to have those difficult conversations.

It’s been humbling to confront the ethical challenges facing the striving author in today’s book world. I haven’t always lived up to my own principles, but neither do I feel that I’ve sold out. Yet.