Learning from missteps while taking the next steps. 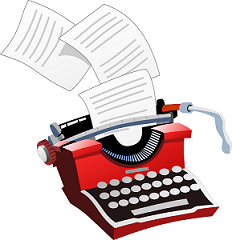 I recently abandoned a novel that I had been working on for almost a year.

Abandoned manuscripts (along with finished ones that should never see the light of day) are a hazard of the novelist’s trade. There’s no shame in admitting defeat. Just as an equestrian learns from falling off a horse, failed manuscripts should make for a better writer.

The manuscript I just ghosted was circling too close to the themes of my first novel, and while seeded with some nice plot twists, there was none of the ambiguity that I strive for; the intent was so transparent that it was coming off more as a morality play than a captivating read.

Now, I am pondering what my next project will be. Putting aside for the moment the creative spirit that moved me to write two unsold historical novels, this next manuscript will be written with the market in mind. I love the act of writing, but it is also important to me that my words are read. Because just like that tree falling in the forest, if there is no one reading what I write, does it make a sound?

At this point, I have two historical-fiction manuscripts that cumulatively took 10 years to write and nothing to show for them. My debut novel, while still enjoying sales, has not generated the kind of profits that makes me an attractive candidate to agents or publishing houses.

So I am thinking about writing a memoir that would explore my identity as an adopted person. It seems adoptee memoirs are more attractive to publishers than novels about adoption written by adoptees. And I’ve had a fairly interesting life which has included dramatic events in exotic locations. I already know the life-changing crisis with which I would open the memoir, a neat device upon which I can structure the story of my life.

Though adoption has handed me many challenges, it has also been a gift. Not in the way that most people think of adoption as a gift, with the saving of an orphan. Like most adoptees, I was not an orphan but had living parents. Evidence indicates my birth mother wanted to keep me before acquiescing to hard realities.

Rather, the gift of adoption is the constant habit of questioning. As we grow from child to adult, we confront subjects most people do not have to think about that go to the very definition of identity. Eternal outsiders, we are constantly shape-shifting in order to survive, interrogating our stories, parsing what we have been told with what we observe. Like cats, we adoptees have multiple lives; like dogs, we can pack seven years of experience into one calendar year.

By regularly re-examining the past, adoptees are not as prone to the nostalgia for an illusory yesterday that has gripped certain sectors of the American population. We know that the answer is not in clinging to the old ways that have failed so many, but in tearing down the myths that have done so much damage and offering in their place a more inclusive and broad-minded view.

If we have learned anything from these last few years (and please, let us have learned something!), it is that the old storylines no longer serve. The way we live is not sustainable, nor should we desire to sustain it. Humankind is in desperate need of a new narrative that values all of humanity.

The adoption industry is a microcosm of the world’s ills: centering wealth and privilege over the lives of the oppressed, allowing powerful factions (the for-profit adoption industry and adoptive parents) to erase the human rights of the most vulnerable (adoptees and natural parents). This power is blindingly apparent in transnational adoptions wherein children from the Global South are exported to wealthy, white nations.

And yet it is for that very same reason that I hesitate to write a memoir. My adoption story isn’t over. I am still exploring the many ways adoption has shaped my life, still seeking to inform myself on the adoption industry and the governmental bureaucratization of adoption, both here in the U.S. and in South Korea, the country of my birth. A journey to California to meet paternal relatives awaits. Always hopeful, I continue my search for my Korean mother.

For evidence of my ever-evolving views, I only need to re-read some of my old columns. I look back with chagrin at my cocky presumption of a year ago that I would quickly sign with an agent. My last column was about my disillusionment with the idea that novels could change the world, a theme I strongly endorsed in several previous pieces.

The only thing I know for sure about my next writing project is that there will be one. When you are writing to reframe the narrative, you may have some false starts, but you don’t give up. You continue to proclaim your truth and bend the narrative arc your way.