Time to test your bookish brain! 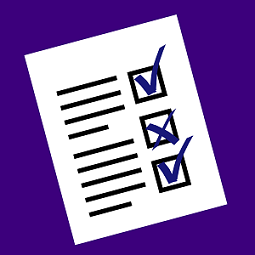 Time again to test your reading skills with a pop quiz. Pair the first line of a novel with the last line in this multiple-choice quiz.

1. Madame Bovary by Gustave Flaubert: We were at preparation, when the headmaster came in, followed by a new boy dressed in ‘civvies’ and a school servant carrying a big desk.

a) The girl remained standing on the landing-stage, watching me disappear with an air of disappointment, while my prosecutor rubbed his hands and whispered in my ear: “I’ve done you a good turn there, and no mistake.”

b) He has just been awarded the Legion of Honor.

c) There may be some truth in what she says…

d) And as Françoise pulled her pins out of the transom and peeled off the extra layers of cloth, then drew back the curtains, the summer’s day that she uncovered seemed as dead and immemorial as a mummy, magnificent and millennial, carefully divested by our old servant of all its wrappings and laid bare, embalmed in its vestments of gold.

2. Native Son by Richard Wright: Brrrrrrriiiiiiiiiiiiiiiiiiinng! An alarm clock clanged in the dark and silent room.

a) However passionate, sinful and rebellious the heart wrapped away in that grave, the flowers that blossom there peep at us tranquilly with innocent eyes: they speak to us not only of all embracing peace, of the vast repose of indifferent nature; they tell us also of everlasting reconciliation and life without end…

b) Then he set his teeth and didn’t think of anything except staying alive.

c) He heard the ring of steel against steel as a far door clanged shut.

d) He walked along, thinking, searching, thinking and probing, and, in the darkness of the alley of the community that was a tiny bit of America, he chased that faint and elusive insinuation of promise as it continued to take shape in mind and in heart.

a) I been there before.

b) I arrived home with my teeth chattering uncontrollably and was told to go right straight to bed.

4. House of Mirth by Edith Wharton: Selden paused in surprise.

a) It was a fine cry — loud and long — but it had no bottom and it had no top, just circles and circles of sorrow.

b) He knelt by the bed and bent over her, draining their last moment to its lees; and in the silence there passed between them the word which made all clear.

d) “Then there we are!” said Strether.

5. Through the Looking-Glass and What Alice Found There by Lewis Carroll: One thing was certain, that the white kitten had nothing to do with it — it was the black kitten’s fault entirely.

c) It’s all over now but the shouting.

d) Which do you think it was?

1 - B (a, “In the Spring,” Guy de Maupassant; c, The Immoralist, André Gide; d, In the Shadow of Young Girls in Flower, Marcel Proust)