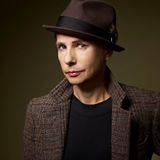 Boldly asserting her right to wear a small sombrero, author Lionel Shriver addressed the 2016 Brisbane Writer’s Festival in Australia, whose notoriously brutal policy toward some asylum-seekers and now-overturned immigration policy that aimed to keep a “White Australia” may have offered her a perceived safe space in which to vent her outrage against political correctness.

Shriver had been invited to talk on the theme of community and belonging, but in a classic example of white privilege, she instead issued a micro- and not-so-micro-aggression-laden screed on how identity politics is ruining fiction.

My hackles always rise when people complain about “identity politics” because really, all politics are about identity, and labeling the swelling chorus of the long-silenced as the pathetic bleatings of ideologues blindly enslaved to their minority status is trivializing and insulting. You think white people haven’t engaged in identity politics since the very founding of this nation? What better example of identity politics today is there than voter-ID laws?

Under the cover of some imaginary assault upon her freedom to create ethnic characters, Shriver was really mourning the loss of her impunity to engage in thoughtless assertions of the supremacy of her culture. She’s lamenting the very real threat to her white privilege.

While I absolutely agree with her assertion that fiction writers should be able to write whatever they want, I don’t agree with her aggrieved tone, or her fear that literature is somehow under siege because some (white) college kids are being disciplined for throwing offensively themed parties.

Having just published her 13th novel, Shriver seems in no imminent danger of being muzzled. Her outrage at a few examples of protests against cafeteria sushi and yoga by college students — who, after all, are college students; protesting is what they do — might be more credible if she acknowledged the enormous damage inflicted by centuries of laws that have targeted minorities. From slavery to anti-transgender-bathroom laws, our legal system has long been used as a blunt-force weapon to disenfranchise minorities.

What Shriver doesn’t get is that not all white authors who write about the marginalized are criticized. Discerning readers can tell if a minority character is being used merely as a plot device, to score points, or out of sheer lazy stereotyping: Joe Christmas in Light in August is an authentic character, Mammy in Gone With the Wind is not.

Shriver vociferously defends herself against the hostile reception some of her characters have received. Criticized for depicting a black woman being led about on a leash by her white husband in her latest book, Shriver explains that she made the wife black because her husband, “a liberal New Yorker, would credibly have left his wife for a beautiful, stately African American because arm candy of color would reflect well on him in his circle, and keep his progressive kids’ objections to a minimum.”

By her own admission, she uses the black character as a way to skewer liberal New Yorkers. A white Southerner writing about a black woman being led around on a leash in order to make a point about New York liberals is at best ignorant, at worst crassly exploitative.

She also notes that she “took care” to write the dialogue of a second-generation Mexican-American in “standard American English.” Wow. That makes me pretty proud that I, a first-generation American, did not once resort to Google Translate while writing this article.

After forcefully asserting that other people are trying to shame white authors for writing minority characters, Shriver then criticizes minority authors for writing about themselves. Declaring that being Asian is not an identity (thanks for clarifying that for all those benighted Asians out there), she describes a bad review she was obligated to give a book about Chinese-Americans: “In relating the Chinese American immigrant experience in America, the author put forward characters that were mostly Chinese. That is, that’s sort of all they were: Chinese. Which isn’t enough.”

I’m pretty up on Asian-American literature, so I was curious to see which book had garnered such condemnation, charitably imagining it to be one of those yellowface books that publishers stubbornly keep on churning out. I was shocked to discover it was a book that I, too, had just reviewed, The Fortunes, by Peter Ho Davies, a brutally honest portrayal of what it’s like to be Chinese in America. Actually, the book is not just about being Chinese, it’s also about America, and it’s damning that she could not acknowledge that.

As a book reviewer, I was surprised at the laziness of Shriver’s review, the first words of which describe Davies in terms of his racial pedigree, as if race is the foremost characteristic upon which she assesses people. Shriver betrays her anxiety about the disappearance of white privilege when she veers off course to get in a gratuitous dig at affirmative action and Asians as a model minority.

Don’t cling to narrow race-based identities, Shriver scolds, all the while missing the fact that she, too, clings to her race-based identity. She is confusing the entrenched cultural dominance of her race with being race-blind. While pretending to be unbiased, she is really asking us all to see through her lens of whiteness, to unquestioningly succumb to the stranglehold whites have long held over American history and culture.

I agree that some protests against cultural appropriation seem petty. But these are protests, not laws, and they pale in comparison to the long legacy of biased legislation that has kept a certain demographic dominant in America.

No longer content to be plot devices, minorities are refusing to be complicit in their own marginalization by insisting on telling their own stories. Today’s most compelling books are being written by these fresh, powerful voices. Instead of lamenting the fading power of her one-note whistle, Shriver should be celebrating the rich diversity of our universal symphony.