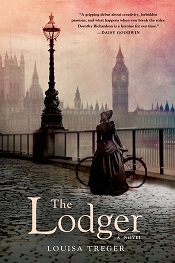 Most novelists view themselves as “storytellers.” As a retired journalist and student of history, I’ve become the teller of stories of real-life people, through both novels and nonfiction.

Unfortunately, for many real-life characters, there are too many gaps in their stories to support a traditional biography. This fate often befalls women and minorities. Their stories did not make the news, and if they left behind documents, they may have been discarded or even destroyed.

My newest book, The Poet’s Girl, is based on the life of Emily Hale, the little-known American girlfriend of the poet T.S. Eliot. In 1956, Hale donated more than a thousand letters Eliot wrote her over their lifetimes to the Princeton University Library. After a 50-year embargo, the letters will be opened for research on January 2, 2020.

Hundreds of books and doctoral dissertations have been written about Eliot, and his poems, prose, and letters are filling many volumes more. But much less is known about Hale. Although she prepared a short memoir to accompany Eliot’s letters, she retrieved it after Eliot remarried his much-younger secretary, wanting to spare that woman any future pain. As it turned out, Valerie Eliot died in 2012.

Because Hale and Eliot were both very discreet, the nature of their relationship is the biggest gap in her story. Sadly, because Eliot arranged for her letters to be destroyed, we may never fully know her side of it.

Many novelists are still drawn to the stories of real people, even when they have been the subject of biographies. Louisa Treger is one of them. Her novel The Lodger is built on the life of British author Dorothy Richardson; her new novel, The Dragon Lady, explores the life of Lady Virginia Courtauld. Both were boundary-breaking, 20th-century women.

Treger observes, “One of the joys of biographical fiction is that there’s enough wiggle room to gain emotional access to the past. Unlike my nonfiction sources, biographical fiction gives me license to imagine myself in the character’s private thoughts, to invent conversations and details which draw out themes I found interesting.”

Louis Bayard and Thomas Mallon were among the novelists who spoke about their fictional approach to history at this year’s National Book Festival. In Courting Mr. Lincoln, Bayard offered a fresh take on the relationships between Abraham Lincoln, Mary Todd, and Joshua Speed when Lincoln was a young legislator in Springfield, Illinois.

Mallon’s most recent novel, Landfall, is set in the second term of George W. Bush’s presidency. Both authors impressed me with their commitment to the facts, but also their courage in seeking to bring new insights to well-chronicled stories.

Some readers of my manuscript encouraged me to push the nature of the Hale-Eliot relationship beyond where I was comfortable. But Eliot was no Ernest Hemingway or F. Scott Fitzgerald, and Hale was no Martha Gellhorn or Zelda.

During the most intense period of the Eliot-Hale correspondence, Eliot had taken a vow of celibacy, and Hale later wrote a friend that their love was never consummated. Still, something bound them for decades, and that’s what I wanted to explore.

Every novelist has to invent settings, but I found I was more comfortable when I was able to visit a place or draw on a detailed account of an event. My courage to “make it up” was probably daunted by an experience with my 1992 novel, Rumors. Its characters were fictional, but it was set amid major 20th-century events.

In that novel, I drew from my aunt’s self-published memoir and planned to open my book with a parade and picnic in a small Mississippi town on the Fourth of July 1925. As I began writing, I decided I ought to ask my aunt how her town had celebrated the holiday.

Sara Fitzgerald is a retired Washington Post editor whose upcoming novel, The Poet’s Girl, will be published by Thought Catalog Books.