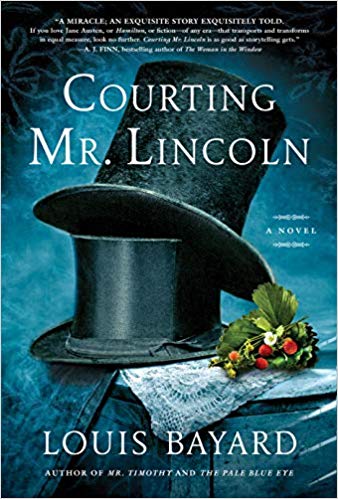 Do we really need another book about Abe Lincoln? There’s more than 15,000 of them in print already — more than there are about Jesus.

And, anyway, we all know his story, right? We saw Daniel Day-Lewis portray him in the movie “Lincoln.” And Henry Fonda in “Young Mr. Lincoln.” And Raymond Massey in “Abe Lincoln in Illinois.” And Glenn Beck in “National Treasure: Book of Secrets.”

Even if you missed all of those, you know the tale, right? The American saga. The quintessential self-made man. Splits rails for fun. Wrassles the toughest men to the ground and is tough as old boots himself. He walks out of the wilderness with three months of formal schooling, Bible under his arm, and becomes a great president. He even frees the slaves. Couldn’t tell a lie.

No, wait, that was the other guy.

But I mean, we all know Abe Lincoln. He snagged a Kentucky aristocrat for his wife, then she turned out to be crazy. Slept in the same bed with his best friend for years. Fought a duel with broadswords on Bloody Island in the Mississippi River.

Hang on. I never heard about any duel. With swords? Was it some kind of joust?

And what about sleeping with his best friend all those years? That bears some thinking about. And how crazy was the wife, you know, really? In “Lincoln,” Sally Field didn’t seem that crazy. High-strung, maybe.

So, yeah, it turns out that we needed another book about Lincoln. This one. In Courting Mr. Lincoln, Louis Bayard, an accomplished historical novelist, breathes life into the massive cultural icon whom we know so well, but really don’t have much of a clue about.

This Lincoln is insecure about growing up dirt poor and ignorant. He can be funny, but he’s sad a lot more. He uses silence and his great size as tools and relentlessly strains to improve himself, to haul himself up in the world. He can be cold and ruthless. He has to get ahead. Has to. He wants love without feeling worthy of it.

Read the book to meet this Lincoln, but there’s much more here. Mary Todd isn’t crazy, not by a far sight. She gets stranded in frontier Springfield, Illinois, where — for a young woman on the marriage market — the odds are good but the goods are odd. She encounters this gangling, awkward giant. He’s difficult, but there’s a power in him, more than in anyone she knows. He’s often too self-absorbed to be considerate, but not always.

And she can’t figure out that handsome, charming best friend, Joshua Speed, who runs a store. Lincoln and Speed share a bed in a room above the store. What’s going on between those two? We neither see nor suspect actual coupling, but they share an easy intimacy. Lying together in the dark, talking. They were close. Very close.

Nothing is easy for these characters. Not getting ahead. Not coming to terms with themselves. Not love. Love least of all. But they are real and powerful and will stick in your head when you’re done.

And, yeah, the ending’s bumpy. The duel scene? I had to go to Wikipedia to sort it out. There are too many epilogues. But, to paraphrase another great literary creation, Chili Palmer in Elmore Leonard’s Get Shorty, “Fuckin’ endings, man. They aren’t as easy as they look.”

Read the book. You’ll thank me.

David O. Stewart, a member of the Independent’s board, is the author of four works of history and three historical novels, including The Lincoln Deception, which it turns out we also needed.

Vanessa and Her Sister: A Novel

Strong characters and an ambitious plot make for an engaging — if uneven — debut novel.