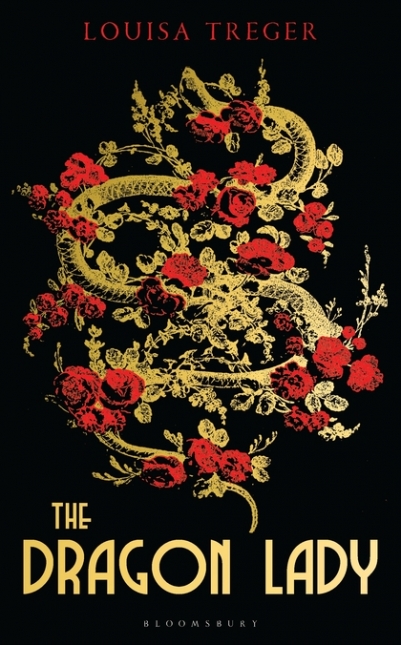 A dazzling female protagonist and her wealthy, benevolent husband are the principal characters in this tale set amid the conflicted history of southern Africa’s unrecognized state, Rhodesia, where racial resentments are threatening to explode. The Dragon Lady tells the story of the prominent Courtauld family during the tense 1950s, the years that prefigured the war-riddled, violent founding of Zimbabwe.

Author Louisa Treger weaves her narrative from several points of view to tell how the kindly disposed Courtaulds are ostracized from the brilliance and sophistication of London society because Lady Virginia “Ginie” Courtauld is a divorcée.

After separating from a disastrous first marriage, Ginie meets the dashing, romantic Stephen Courtauld while visiting a friend in Italy. She falls in love and marries him. The couple moves to Rhodesia, where together they spearhead cultural improvements to promote equality and justice. Unfortunately, these misunderstood gestures flounder in the tides of political and racial hatred.

The story progresses alongside history in flashbacks to the 1920s, 1930s, and 1940s, and traces the growing fear and suspicion among Rhodesian civilians both fabulously affluent and abysmally poor.

Treger refrains from delving into political wars, choosing instead to trace the daily movements of the well-meaning Courtaulds and their blindness to their own personal danger. Thus, the reader is trapped atmospherically in the sticky ooze of creeping dread.

Throughout the story, Treger describes the geography to emphasize the remote nature of Rhodesia, juxtaposing the “civilizing” influence of the white population — which rules at the expense of black Africans — against an untamed land still rife with wild animals.

Those thoughts are recorded by Stephen after the disastrous unveiling of a theater hall he and the “Dragon Lady” — Ginie’s nickname, inspired by the serpent tattoo snaking along her leg — have built for blacks and whites in Umtali, a Rhodesian town on the Mozambique border:

“Stephen drove home slowly. The moon was nearly full; a hard, silver disk in the sky. The car’s headlights nosed along the road, illuminating the darkness left between the glow of streetlamps. Buildings loomed out, pale and black-shadowed, their outlines sharply defined.

“Why couldn’t black and white people coexist gently, with respect for each other’s differences — why was that so hard? It seemed that there were several different versions of reality in Umtali. You could be a supporter of Rhodesia run by the white minority government and heavily influenced by farmers. You could accept the status quo and achieve an easy place in the hierarchy. Or you could set yourself apart.”

Stephen and Ginie, like all the whites, are set apart. As new immigrants to Africa, they have every tangible asset — household furnishings, art, pottery, china, jade, crystal, silver — and cash to invest in cultural interests. What they don’t have are the intangibles that make life enjoyable: true friendships, understanding of their ideas, acceptance of their efforts to benefit the community, and trust.

Rhodesia in the 1950s — their world — is a stratified society, racially intolerant and suspicious of strangers.  Even though Stephen and Ginie come from Eltham Palace, their last English home, where internationally famous dinner guests like composer Igor Stravinsky sign their palatial windowpanes with a diamond stylus, the Courtaulds are viewed with resentment.

Their white Rhodesian neighbors and nearby farmers consider them to be new-money people who flaunt their riches — a moral judgment inadvertently intensified by the couple’s open support of, and fraternization with, black Africans.

Despite their efforts to, among other things, set up an agricultural school for blacks and whites, the Courtaulds are viewed as meddlesome advocates for change. Meanwhile, the country’s power structure, rife with corruption, openly trades on the subjugation of its citizens.

An effective mix of romance, mystery, and history, The Dragon Lady is an accomplished narrative of world-changing geopolitics from a distant continent, nevertheless relevant to modern times. The story is both absorbing and enlightening, and its focus on one couple’s spiraling crises will keep readers spellbound.