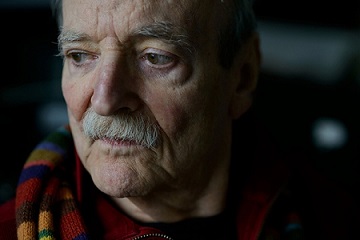 For such an accomplished man of letters — Pulitzer Prize winner, novelist, literary critic, and the first editor of the Washington Post’s Book World — Bill McPherson, who died here on March 28th at the age of 84, could be remarkably modest and self-effacing.

Upon learning of his death, one of my former Post colleagues shared a McPherson story that seemed to capture both his talent and vulnerability. He had returned from a trip to find an urgent note to call Ben Bradlee, the Post’s legendary executive editor. Assuming he was being fired, McPherson steeled himself with a stiff drink. But it was just Bradlee calling to tell him he’d won the Pulitzer Prize. That was in 1977.

As the chief recruiter and organizer of panels and panelists for Books Alive, the annual writers conference of the Washington Independent Review of Books, I drafted Bill to be on a two-person morning panel with Michael Dirda (another Pulitzer winner whom Bill had hired in 1978 for Book World) to discuss the art of reviewing. The duo comprised the opening salvo of our first conference, in 2013. Bill seemed incredibly grateful just to be included.

With McPherson and Dirda, plus Marie Arana, Book World’s last editor and an acclaimed novelist, biographer, and memoirist in her own right as the keynoter, I figured I’d hit the trifecta.

I, and many others, learned a year later that Bill had slipped into not-quite-genteel poverty, the result of bad financial decisions and a life lived maybe too large. His first-person story, which appeared in the University of Virginia’s Hedgehog Review in Fall 2014, might’ve, could’ve been his ticket back to fiscal health — his “ticket out of poverty,” Dirda told me. “I could see it as a made-for-TV biopic.” If only.

At the Post, I knew McPherson, but not well. I vividly remember a time when, dissatisfied with what it regarded as his slothful production not justifying his salary, management sent him to the Style section to be an actual reporter. He was dispatched to Maryland — I think to Baltimore — to write about something I can’t recall, and, having never before been a reporter, was petrified. Rather presumptuously, I counseled him, and off he went. I think he took his daughter along for moral support. I do not recall if a story resulted; if it did, a database search does not show it.

His Style sojourn lasted only six months, Dirda recalls, and then he left the Post in 1987. He lived large and burned through an inheritance while writing freelance articles from post-Ceausescu Romania.

Now I defer to Dirda, who still writes book reviews for the Post and is scheduled for a repeat appearance at this year’s April 29 conference. He had a job doing technical writing when he applied for the Book World vacancy. Faced with too many applicants, in May 1978, Bill chose Dirda after a one-week tryout.

“Bill was unlike anyone I’d ever met. He was a real aesthete. He was slightly decadent. He was modest and complicated. You could never tell how much he actually did, but what he did, he did with flair. After he left being an editor in 1979, he just didn’t have a kind of ‘get down to work’ spirit.” In a role reversal, Dirda then became McPherson’s editor. He wrote from home, and Dirda remembers how, when McPherson was being edited, “we’d go over every word.”

While still in Washington, he owned a house near Dupont Circle. For his own sense of comfort, not as a luxury, he insisted, he purchased an expensive sculpture. When he went to the American Booksellers Association meetings in New York, he would rent a limo for three or four days. His expense accounts, unlike the man at times, were not modest.

“He had a grand seignorial style,” Dirda says. “He lived with gusto. He did test the limits.”

He was also a remarkable writer, Dirda adds. His 1984 novel, Testing the Current, was well-received, but it was years before Dirda read it. “I was just overwhelmed. It was a brilliant book, an astonishing, terrific piece of prose.”

Dirda sensed Bill had hit the skids when McPherson called him “about wanting to sell his books,” not the ones he’d written, but those he’d collected. “Then he kept a pretty quiet profile.”

McPherson’s misfortunes were in no small part self-inflicted, Dirda believes. “It was a strange sort of sad business. He had an exorbitant lifestyle. Yet, it was just part of his personality. He would wear a scarf with flair. He started out not tying his tie but looping it around his neck. He was always a pleasure to talk to. He had a quiet, wry manner.

“There was something quite lovable about him, even though, if you had to work with him, he could drive you crazy,” Dirda told me. “It was fun to be around him. You never knew what was going to happen.”

The Watchman story the world is missing