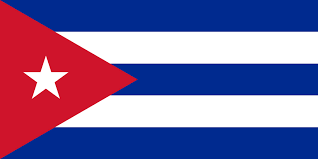 While doing research on the April 1962 dinner that President John F. Kennedy and Mrs. Kennedy hosted for Nobel Prize winners and other American intellectuals, I have been drawn to the relationship between JFK and Ernest Hemingway and their engagement with Cuba.

Hemingway died 55 years ago this past July, but the bearded author — whose face remains recognizable worldwide — has been receiving renewed interest.

The thawing between the United States and Cuba has brought attention to him as the most prominent American to live there. He loved Cuba, where he resided on and off from 1940 until his death two decades later.

He was a celebrity there — as elsewhere — and the Cubans all knew his book-lined home, “Finca Vigia,” nine miles outside of Havana. They also might spot him pursuing his great passion, fishing, most likely on his 38-foot boat, Pilar. He could even be seen drinking a daiquiri with his wife Mary at the El Floridita bar on Bishop Street.

Hemingway wrote about marlin fishing in Cuba in the very first issue of Esquire magazine, in 1933. His novel To Have and Have Not was written in Cuba, which was also its setting. The Old Man and the Sea, which was largely responsible for his winning a Nobel Prize in 1954, and Islands in the Stream, were among others written on the island.

A recent movie, “Papa Hemingway in Cuba,” highlights Hemingway’s turbulent time there in the late 1950s as the country lurched toward revolution. And the John F. Kennedy Library in Boston, which houses Hemingway’s papers, is hosting the major exhibit “Ernest Hemingway: Between Two Wars.” Connections between Kennedy and Hemingway are likely to attract even more attention in the coming year, as the world commemorates the centennial of the birth of JFK in May 2017.

The Kennedy Library’s website chronicles the men’s relationship. They respected each other. Perhaps their experience as writers played a role; each was awarded a Pulitzer Prize for his work. Kennedy cited Hemingway at the very beginning of his Profiles in Courage, which won the coveted award in 1957: “This is a book about that most admirable of human virtues — courage. ‘Grace under pressure,’ Ernest Hemingway defined it.”

Later, as part of his effort to include artists, scientists, and writers in his inauguration, the president-elect invited Hemingway to the ceremony. The author, depressed and physically ill, declined but responded with a warm telegram.

Although he struggled writing it, Hemingway also sent a gushing, handwritten letter to Kennedy after the inauguration: “It is a good thing to have a brave man as our President in times as tough as these are for our country and the world.” Six months later, when Hemingway died, JFK lavishly praised him.

President Kennedy later intervened to allow Hemingway’s widow to return to Cuba to gather her husband’s papers and other possessions. This came only months after the Bay of Pigs invasion, the failed U.S.-backed covert operation, a new low point in the relationship between the United States and the Castro regime.

When President Kennedy hosted the Nobel Prize winners’ dinner, he invited Mary Hemingway. She was seated in a place of honor next to the president. The principal literary entertainment was actor Frederic March reading portions of Hemingway’s unpublished work, later released as Islands in the Stream.

This famous dinner was also marked by an uncomfortable discussion between the president and Mrs. Hemingway over Cuba. She recounted, “I suggested to our host that the U.S. government’s position toward Cuba was stupid, unrealistic and worse, ineffective, especially — sotto voce — since the Bay of Pigs fiasco.”

The president was not pleased. Mary persisted, however, offering herself as an emissary. “I could jump into Cuba, you know,” she told him. “The Cubans liked my husband, and I know Fidel.” Papa Hemingway had wished Castro well, and was hopeful that Cuba would finally prosper after the dictatorship of Fulgencio Batista.

Kennedy spurned her offer to present an olive branch to the communist leader. Later that night, he called confidante William Walton: “Well, your friend Mary Hemingway is the biggest bore that I’ve had for a long time.” The president did not know that she was there with Walton when the call came, a guest at his house in Georgetown.

Walton later attributed her conduct to nervousness and still being overwhelmed by the death of her husband the prior year. Despite the uncomfortable discussion, Mary Hemingway was not hostile to Kennedy personally.

In fact, soon after Kennedy’s death, Mary began talks to bring Hemingway’s papers to the nascent Kennedy Library. Today, 90 percent of Hemingway’s manuscripts are housed there — in the same library as President Kennedy’s. These two icons have an even stronger link than they did more than a half-century ago.

They also remain bound by an enjoyment of the sea. The late president’s beloved sloop, Victura, is displayed outside the Kennedy Library. Hemingway’s Pilar rests at Finca Vigia. Each boat was purchased in the 1930s.

The memory of Hemingway in Cuba is strong. Among the stamps and coins issued by the Cuban government over the years was a one-peso coin in 2010 commemorating the 50th anniversary of a meeting between Hemingway and Castro. Finca Vigia is supported by a U.S. foundation, and both governments have worked together to enhance the property.

Perhaps Papa Hemingway, the American in Cuba, will help in a small way to bring two longtime adversaries closer together.

Joseph A. Esposito is currently working on a book, Dinner in Camelot, about the dinner that President and Mrs. Kennedy held for Nobel Prize winners and American intellectuals in April 1962; it will be published by the University Press of New England. Among his positions in three presidential administrations, Esposito was a working group chair for the Commission for Assistance to a Free Cuba, which presented its report to President George W. Bush in 2004.

Twenty Years In, Red Hen Press Rises Above the Flock

An L.A. publisher that, like the Independent, embraces its nonprofit status.