An Interview with Steve Luxenberg

The journalist talks Plessy, segregation, and the lingering power of a sole dissenting justice. 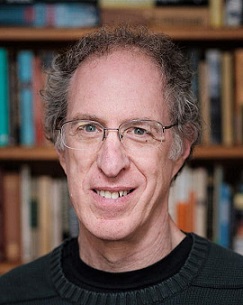 Steve Luxenberg is a longtime journalist and editor at the Washington Post. His new book, the deeply researched Separate – The Story of Plessy v. Ferguson, and America's Journey from Slavery to Segregation, chronicles the legacy of one of the country’s most pernicious Supreme Court decisions. We spoke earlier this month.

How did you come to choose the topic of Plessy?

I’d like to say the topic chose me, but, of course, that’s the stuff of novels, and nonfiction is my terrain. As a writer, I look for good stories, first and foremost. Usually, if I pay attention to what’s right in front of me, I can find one.

For nearly 40 years as a newspaper reporter and editor — first at the Baltimore Sun, and, since 1985, at the Washington Post — I had written and edited stories that revolved around race. Yet, as Obama neared the end of his first term, I felt that I did not truly understand the origins and depth of America’s racial divide.

Race is often a major part of our national conversation. We’re either talking about it or avoiding talking about it. On top of that, I’ve always been fascinated by the Supreme Court and its impact. As a young reporter, reading Anthony Lewis’ Gideon’s Trumpet (about the ruling that ensured legal counsel for indigent defendants), I was mesmerized by Lewis’ narrative skill at weaving the people involved into the story of the case. I told myself that, someday, I would like to find a Supreme Court story to explore and tell.

That story begins with Justice John Marshall Harlan, the Kentuckian who was the sole dissenter in the [Plessy] case. As I did my initial research, I was fascinated by Harlan’s evolution. He was the son of a slaveholding family and, at age 25, a pro-slavery candidate for Congress in 1859. A dozen years later, he renounces his views while running a losing campaign for Kentucky governor. His transformation, I believe, is genuine and a reason for hope.

How did you come to formulate the book’s narrative structure?

I see Separate as a book of parallel narratives with elements of biography, but much more than that. One strand consists of the lawyers and judges, nearly all of them white, who argue and hear the civil rights cases that come to the courts between 1841 and 1896.

Another strand follows the resisters, mostly men and women of color, who bring their grievances to court. The judges would have nothing to decide without the resisters.

A third strand is the city of New Orleans, and the free people of color who have been pressing for their rights since the American takeover of Louisiana in 1803. Their descendants — an educated, mixed-race group whose families had never been enslaved — will arrange for Homer Plessy’s arrest in 1892 as a way of challenging Louisiana’s new “Separate Car Act” of 1890, which requires “equal but separate accommodations for white and colored passengers” on trains operating within the state.

I’m not a legal scholar or a constitutional historian. I’m a storyteller with a passion for narrative history. Structuring the story this way gave me plenty of room to move between people and places. The geography of Separate is incredibly important. So is the Civil War, which shaped all the characters in the book.

The 19th century was defined by the division between North and South, and the four characters and their families live on both sides of that divide. Henry Billings Brown, the justice from New England and Michigan who wrote the infamous Plessy ruling; John Marshall Harlan, the dissenting justice from Kentucky and the son of a slaveholding family; Albion Tourgée, the lawyer for Plessy, Ohio-born but battle-hardened by his years in Reconstruction-era North Carolina; and Louis Martinet of New Orleans, the primary engine behind the Plessy case.

As I write in the prologue, we meet them on their “separate paths to a shared destination, connected by time, culture, happenstance, and the unresolved struggle between an exhausted North and a bitter South.” It’s quite a journey, and I’m hoping readers will find it as compelling as I did.

How hard did you have to work to maintain an historian's perspective? Were you tempted to rant/rave about how little race relations in the U.S. have changed?

I had no difficulty staying in the 19th century. Nor did I have any temptation to comment on current affairs. My goal was to understand the roots of racial separation and its reverberations. I felt that the relevance to today’s racial conversation would be clear. My favorite blurb came from Walter Isaacson, the bestselling biographer of Albert Einstein, Leonardo da Vinci, Ben Franklin and Steve Jobs. He wrote: “The Plessy ruling was a knife that cleaved America…Every paragraph resonates with today’s headlines.”

What were your feelings when you realized that you couldn't handle Louis Martinet the same way (with the same scholarly depth) as Albion Tourgée, Henry Brown, and John Harlan?

A nonfiction writer learns to work with what’s there. Martinet, who was the head of the New Orleans Committee to Test the Constitutionality of the Separate Car Law (quite a mouthful!), didn’t leave behind an extensive set of personal papers, as Tourgée and Harlan did. He didn’t leave behind 20 years of pocket calendars, as Brown did. But a lot of his correspondence with Tourgée survives. Some are wrenching, heartfelt, poignant letters of anger, disappointment, anxiety, and fear. I think they allowed me to give readers a pretty good sense of Martinet’s character and personality.

Do you think that Albion Tourgée was well chosen to represent Plessy? Was there anyone else who might have done a better job? Or was Plessy always bound to fail and Tourgée was just the guy who happened to be there?

Tourgée’s involvement in the case is a logical accident. Logical because he was perhaps the most famous white advocate for civil rights in America in 1891, when Martinet and the New Orleans committee are meeting to decide how to bring the test. Accidental because a member of the committee writes to him for advice, and that letter doesn’t lead anywhere. Then a second round of letters, and this time, Tourgée offers not just guidance, but a willingness to stay involved. That leads to his anointment as the chief counsel, a volunteer, working without pay. A win-win, as we would say today.

Except that Tourgée probably wasn’t the best choice. He was brilliant and committed to the cause. He had enough arrogance to think that he could make a difference, and enough ambition to relish the challenge. But he didn’t make his living as a Supreme Court lawyer or a constitutional expert. He thought it was better to throw too many arguments at the court rather than too few, a dubious strategy that seemed to irritate the justices.

And yet: It almost certainly made no difference. Another lawyer, another set of strategies, was not going to win this case. The Supreme Court had already signaled its view of separation in two earlier cases. The outcome in Plessy was no surprise.

It took another 58 years for the court to reverse itself, to renounce the Plessy ruling, which it did unanimously in 1954 in Brown v. Board of Education. That decision relied, in part, on Justice Harlan’s dissent, showing us that a lone voice isn’t in vain, that it’s worth making the statement, making the protest.

It’s also worth noting that one of Harlan’s most famous lines in his dissent — "Our Constitution is color blind” — first appeared in Tourgée’s brief.

Do you enjoy research over writing, or vice-versa?

Like many authors, I can immerse myself in the research forever. Give me a document that’s difficult to find, and I’m like a lion in the wild, stalking my prey.

But here’s the good news: Good research makes nonfiction writing easier and more fun. It’s hard to write around the facts you don’t have. It’s a delight to write with a bounty of them. Then the challenge is to focus only on the telling details and ignore the lure of the rest. It’s all wheat, but much is chaff.

I’ve been researching a 20th-century story about race. It’s not a sequel to Separate, but it will build on some of the themes. I’m in the early stages, so I’m going to leave it there. But I can say this much: Based on what I’ve learned so far, I think it will be as compelling, and as important, as the story in Separate.

An Interview with Hanna Jameson

The novelist talks dystopia, society's shortcomings, and why she's not an archeologist.