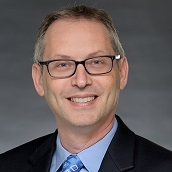 The death of Supreme Court justice Antonin Scalia two years ago brought forth an outpouring of tributes from legal and judicial conservatives. In his new book, The Justice of Contradictions: Antonin Scalia and the Politics of Disruption, law professor Richard L. Hasen declines to offer one. Hasen writes not to praise Scalia but to critically analyze his legacy as a conservative legal thinker and a disruptive public intellectual.

Hasen, Chancellor's professor of law and political science at the University of California, Irvine, has gained national prominence as one of the country's leading experts on election law. He finds a jumble of contradictions in Scalia's opinions from his earliest days on the Supreme Court: a failure to consistently apply his signature jurisprudential theories, textualism, and originalism.

Scalia's "blind spot," Hasen concludes, was to believe that he applied those approaches neutrally. "He always said he did so," Hasen writes. "But it was not so."

You open by describing Justice Scalia as "a polarizing figure in polarizing times." How much of that was Scalia himself and how much the times he lived in?

No doubt, much of American polarization has nothing to do with Justice Scalia. But he made the Supreme Court a more polarized institution. He attacked his colleagues as not just wrong, but as illegitimate, acting as super-legislators who were usurping power. He was a strong public intellectual who helped create cults of personalities around strong justices.

Scalia's many admirers credit him with establishing textualism as the only legitimate method of statutory interpretation. Why did you mock that technique by titling the chapter on the issue "Word Games"?

My intent was not to mock Scalia with this title but instead to point out what law professor and linguistics expert Lawrence Solan calls “the parlor game” of modern textualism. By leaning on dictionary definitions and canons of construction, textualists like Scalia purport to find ordinary meaning but instead often can rip words out of context. I contrast Scalia’s approach with more holistic and realistic approaches to interpretation, such as that put forth by Robert Katzmann, chief judge of the Second Circuit, in his book Judging Statutes.

Scalia's admirers also credit him with establishing originalism as the only legitimate method of constitutional interpretation. But you state flatly that the project "appears to have failed." How so?

Scalia was not a consistent originalist. Sometimes he said he would ignore originalism to follow other values, such as respect for precedent, but he never explained when originalism should give way. I discuss one instance in the book where one of his law clerks told Scalia of the original understanding of the 14th Amendment right after it was ratified in the post-Civil War era. It turns out that Congress, right after ratification, enacted what we would now call “affirmative action” plans benefitting African Americans. The clerk urged Scalia at least to explain why that understanding and original public meaning were not relevant when Scalia voted that affirmative-action plans violate the Equal Protection Clause. He never did.

Originalism also has proven just as malleable as the “living constitutionalism” that Justice Scalia excoriated. Consider, for example, how some leading originalists, including a founder of the Federalist Society, have advanced originalist arguments in favor of the right of same-sex couples to marry.

You write that Scalia was "full of charm and yet full of venom." Is it fair for you, two years after his death, to focus so much on the venom?

When we think about Scalia’s legacy, it was not just as a justice but as a public intellectual and public figure who was known for both his charm and his penchant to attack others. Recall that in the 2015 Obergefell decision involving same-sex marriage, Justice Scalia said that Justice Kennedy’s opinion for the court was so terrible that if he had to join it to produce a majority vote, he would “hide [his] head in a bag.” He used his language not just for ad hominem attacks, but to attack the legitimacy of the other justices’ decisions. This was a major part of his legacy deserving attention.

You famously compiled a "Sarcasm Index" for Supreme Court justices based on the number of opinions labeled as "sarcastic" or "caustic." Scalia's numbers were off the chart. Did that limit his influence with his colleagues?

I could find no evidence that Scalia ever lost a court majority because of his caustic nature. The unanswerable question, at least for now, is whether Scalia could have written more significant majority opinions if he had been less caustic.

You call Scalia in the title a "justice of contradictions," but you also say he was no more inconsistent than the other justices. Why such a provocative title then?

Scalia held himself up as having higher standards, offering neutral principles to decide all cases to legitimate the court. But his failure always to follow those principles and his nasty attacks on fellow justices for disagreeing with him even while bemoaning a loss of civility in society show his contradictions.

You write that his contradictions will limit his long-term influence. And yet his successor, Neil Gorsuch, proudly identifies himself as a committed textualist and committed originalist. Isn't that evidence that his influence will live on?

Scalia will certainly have influence in conservative circles. I question whether he would have had longer-term influence, across the political spectrum, if he had pursued his goals differently.

You end by saying that Scalia left us with "a weakened Supreme Court." In what way?

Scalia helped polarize the court. Each side has its own celebrity justices and sees the other side as full of villains. The court is now more of a political institution than ever before and, therefore, will have a hard time claiming legitimacy thanks to being above politics.

An Interview with Lauren Oliver

Have you ever spent time in a haunted house? Maybe you’re the only one who can hear the ghosts.