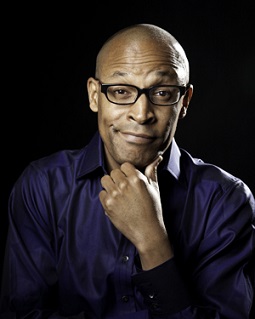 All Jokes Aside: Standup Comedy Is a Phunny Business — a follow-up to the 2012 Showtime documentary “Phunny Business” — is the story of Raymond Lambert’s unlikely career transition from six-figure investment banker to owner of one of the country’s most successful African-American comedy clubs (Chicago’s All Jokes Aside), which has hosted such big names as Dave Chappelle, Cedric the Entertainer, Steve Harvey, and others. With a foreword by Lambert’s former boss, Chris Gardner, author of The Pursuit of Happyness, All Jokes Aside is an honest account of building a business and weathering the vagaries of the entertainment industry.

What is the biggest takeaway from your entire experience?

Entrepreneurship is a journey, not a destination.

Which product did you put your soul into, the original club, the movie, or the book?

There is a quote in the book from Dr. Benjamin Mays, arguably the greatest president ever to grace the campus at Morehouse College: “Whatever you do, strive to do it so well that no man living and no man dead and no man yet to be born could do it any better.” I apply that mantra to everything that I do, be it starting a company, producing a film, writing a book, or mopping a floor.

In the book, you indicate that you’re a purist. Has the way you like to receive your comedy changed?

Personally, I am still a purist. There is no better place to see standup, or any live performance for that matter, than in the intimacy of club. Chris Rock on stage at All Jokes Aside in front of a crowd of 300…as a purist, it gets no better than that. As an entrepreneur, however, being a purist can be costly. Balancing art and commerce is a constant challenge for me.

Has your taste in comics or comedy changed?

I don’t think so. I still look for the same things in a comedian that I always have. Are they funny? Do they have a point of view? Do they have an act? Do they have something original to say or are trying to be the next Kevin Hart?

Does a certain kind of comedy lend itself to a certain venue?

You either have it or you don’t. The great comedians that I have studied and worked with are just as funny off stage as they were on it. They could put on one helluva show in your living room or Madison Square Garden.

All Jokes Aside Chicago in 1994. We have grown, and it was about that time that we really knew what to do and how to do it. We had a class-A facility, great service, and a well-informed audience.

Would you take a stab at defining comedy?

One of my all-time favorite comedians, Rodney Winfield, rest in peace, said it best: “Comedy is tragedy turned inside out.” I would add, “Plus time.”

Do you feel as if you birthed a baby who outgrew its house?

The baby outgrew my vision for it. In the book, I talk about how I was blinded by my own vision. I made the mistake of confusing what I thought ought to be with the way things really were.

Can you describe the utmost moment at your club?

I had a ton of surreal moments at All Jokes Aside, too many to mention, but I am convinced that the best is yet to come. I have reimagined All Jokes Aside as a mission-driven organization. Utilize the power of standup comedy to change the world; Comedy for a Cause. Everything that has happened in the past — the club, the film, the book — has all been to set up what’s next!

Would you do it all over again?

I would do it again without any hesitation.