Russell Banks, author of Affliction, Continental Drift, Lost Memory of Skin and Rule of the Bone talks to Michael Causey for the Washington Independent Review of Books. 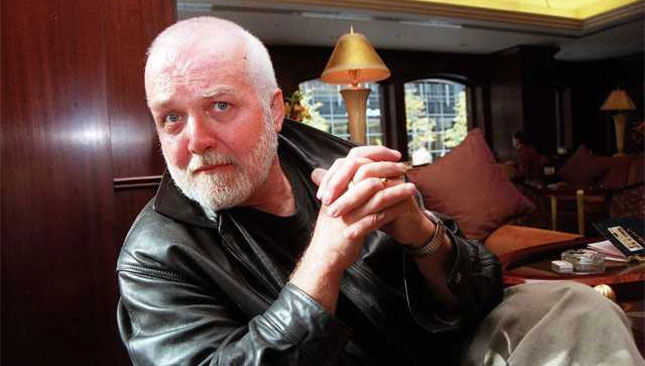 The Q&A with Russell Banks

Twice nominated for the Pulitzer Prize in fiction, Russell Banks is one of contemporary literature’s most revered writers. His works include Affliction (made into a movie with Nick Nolte that featured an Academy Award-winning performance from James Coburn), Continental Drift, Lost Memory of Skin and Rule of the Bone. The protagonists of his novels and short stories include blue-collar workers in dying industrial towns, mall-rat teenagers, a female former member of a Weather Underground-type organization, John Brown’s son, and a myriad of others. His character net is wide, yet he says, “You don’t have to look very far to see [people like some of my characters] all across America.”

We spoke on the phone November 18, 2013, where he was in Boston, Mass., embarking on a book tour. We met the next day when he did a reading from his new short story collection, A Permanent Member of the Family, to an enthusiastic Politics and Prose audience.

You’ve said you originally wanted to be a poet, but didn’t feel like your talent went in that direction. Instead, you followed the prose path in novels and short stories. What do you see as the difference between the two from a creative standpoint?

Well, that’s a hard question to answer. I don’t think I’ve ever had to answer that question before. I think there is a kind of self-consciousness that went with and still does with writing poetry. Back in the early 60s when I started writing, you remember that period when the dominant poets where what I call the “confessional” poets. Robert Lowell, John Berryman, Anne Sexton and so on. And I think I’m uncomfortable in that mode. It didn’t fit me, writing about myself. I almost never do. I’ve rarely tapped into or used my personal life experiences without radically transforming them in my writing. So, I think that was part of it.

The other thing was many of my best literary friends back in the 60s were poets … William Matthews and others, people who were my contemporaries, and they were really remarkably good poets. And I think I just felt slightly intimidated by them. They were so gifted, I did not feel that I had that same kind of linguistic gift. And the obvious thing for me was, my poems tended to get longer and longer and ended up telling stories with events at the center of them and characters. Less dependent on images, so it was a natural kind of evolution, too. So, there were negative reasons and positive reasons for that transition.

But I recently came across some old poems of mine, in magazines, someone brought to me when I was signing books, and I read them very quickly and thought, “that’s not so bad.” [Laughs]

When you say your writing is not autobiographical, I can see that in terms of the variety of characters, situations and locales you write about, but the short story Firewood struck me almost as a prequel to a real event in your life: When your elderly father gave you firewood as a Christmas gift. He gave it rather coldly, but when you went to pick it up in the bitter cold weather, he came out to help you chop it, and you saw then how frail he really was …

Yeah that clearly was taken from an event that happened with my father. Based on his life, it was irresistible, and I couldn’t let it go. [Laughs] So that is true, occasionally of course something happens in my life that is so perfect for short fiction that doesn’t necessarily reveal anything about the other person. I mean I wouldn’t have written that story while my father was still alive.

I mean that’s just part of protecting the people. I don’t ever want to use my fiction in such a way that it will expose or embarrass or hurt someone.

Pretty regular. I mainly work in the mornings. I’ve almost always tried to find a place to work that was outside my house. Away from the home, where that’s all I did. I just write. I don’t pay bills, I don’t entertain. I don’t do anything there except write. So I walk through the door, and the sense is there is nothing for me to do but write. I’m almost compelled to sit down and work. And then I work until early afternoon or so, have a late lunch, then figure out what to do with the rest of my day that’s not writing.

But I’ve found over the years it didn’t matter whether I was teaching or raising children or whatever, I still ended up finding about five hours a day to write. And then when I finally retired from teaching and my children were all grown, when I stopped teaching all together, I thought I’d have all this more time to write. Imagine that. [Laughs] Time just opened up in front of me. Turns out I still only wrote about five hours a day. [Laughs]

Hemingway said he’d pick a stopping point that would kind of propel him the next day when he went back to it. Do you do that?

That’s very wise. Yeah, I remember reading that, too. And I follow that practice whenever possible. I try not to stop until I know where I’m going next. And then I arrive the next day to continue, it’s clear and it gives me a good start … kind of a jolt.

Kurt Vonnegut thought creative writing could be taught to a degree, he compared it to being a golf pro and helping somebody with their swing. What’s your view on the value of teaching creative writing?

I taught for many years, but most of the time I felt I was teaching reading, not writing. Because I believe that in the end that’s what we need to do, is become more and more aware of what happens when we read. Then go back to the practice of writing and see how we can create the same effects on a reader that we’ve just studied and examined.

For instance, I believe that when I read fiction, I really need to see things and hear things. It’s almost like out-of-the-body travel. I need to hallucinate in a way, both visually and orally. I don’t want to make any big blanket statements about saying writing can’t be taught, etc., but I think you can make people better readers and as result they are likely to become better writers.

Do you read your stuff out loud as you are working?

I do, actually. And I hope nobody’s listening. [Laughs] But I do try it out, especially dialogue. I like to be able to be sure that I can hear it in my ears as human speech. Not as written speech.

There are some themes in your work: Living with or around alcoholism … life after divorce … a breadwinner struggling to remain a breadwinner. Are they conscious choices?

I think those types of characters and scenes and situations attract me, not in an ideological or principled choice on my part, it’s what attracts and moves me emotionally. I’m drawn in that direction. I can speculate about why; after all, I come from a family marked by alcoholism for several generations, divorce, abandonment, betrayal and so on. These are experiences that marked my childhood and my youth to a great degree. I think I’m not alone in that experience. It’s a common enough experience. And the work is going to reflect that. I felt very early on in my life, marginalized by virtue of alcoholism, domestic violence, divorce, abandonment and extreme poverty. And this is in the late 1940s, early 1950s when these were scandalous conditions and you couldn’t hide them. They were out there. I felt marginalized in a way I probably wouldn’t today.

Yes, less scandalous. Divorced, single parent, poverty, these things we look at with greater tenderness, I think, than we did certainly in the ‘40s and ‘50s. I think having had that at the earliest part of my life and adolescence, I think it has left me attached to people who themselves feel marginalized. For whatever reasons, it might be different from mine: race, gender or whatever. It left me very sensitive to those situations and those kinds of characters.

Do your characters ever surprise you?

They certainly do. You can’t anticipate them all together. You know within certain parameters what they’re likely and not likely to do or say. But you don’t know the details until you get there, and you don’t know the actual meaning of things until you get there. Characters often turn out to behave in ways you couldn’t predict. But it has to seem plausible. You know, when you’re living in that fiction world, the writer is living there as much as the reader is later. You are so immersed in that world, it’s like a dream that surrounds you, and you’ve allowed so much into it from your subconscious, you’re bound to be surprised.

Do you know from the outset whether you are writing a novel or a short story?

It’s only happened to me once where I wasn’t sure. I wrote what I thought was going to be a short story, and it turned out to be the first chapter of Rule of the Bone. I did not expect to write that as a novel. Partly because when I started it I was in the middle of writing a novel, Cloudsplitter, and I’d gotten bogged down. So I thought I’d write a story about a suburban kid, a mall rat. Kind of kids I’d see in the 90s around Plattsburgh, N.Y. These kids kind of interest me. I mean, they’re always on their own, how did they get to be on their own? After I finished the first chapter, I thought, “whatever happened to him after that?” [Laughs]

Final question and I’m not going to take it personally. Do you like doing these kind of interviews and book tours? Is it a drag or is it fun?

No, it’s not a drag until it goes on too long. For my last book I had allowed myself to be roped into an ongoing tour that lasted six weeks in the U.S. and Canada. And it just burned me out. But this time I told them I’d only do it for one week and only on the East Coast. I’m not going to take those cross-country flights. It’s hotel life and flying that does it. The readings and meetings with readers and interviews is kind of fun and you can learn a lot about your own work from it. I always do.

An Interview with George J. Veith