An Interview with Carrie Callaghan

The debut novelist talks research, 17th-century art, and the terror of outing herself as a writer. 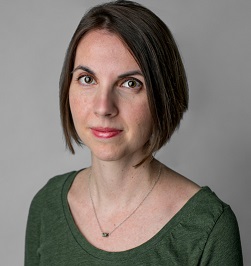 Carrie Callaghan’s debut novel, A Light of Her Own, is a portrait of Judith Leyster, the first woman admitted to the Haarlem painters guild in the 17th-century Netherlands. Callaghan and I recently corresponded about the experience of getting her book published.

The difficulties of pulling a reader into an unfamiliar era must be immense. There's the complication of arcane language, the sometimes unfathomable beliefs, and the lack of documentation, depending on the era. Given all that, what draws you to historical fiction?

History has always entranced me because it is a record of the stories of different ways of being human. Our common humanity has played out in billions of different permutations, all within the same paradigm, yet each time different. I love the endless lessons I can draw from that. When I write an historical piece, it's really an excuse for me to dive deep into research and to learn as much as I can about people. I've found some depressing similarities — I never have to look far to find a war raging — and some uplifting ones, too. Like how humans turn to art to inspire, and how people long for independence no matter what restrictions the society of the time placed upon them.

About that research. How do you find material? Did you read original sources from the 1600s or haunt the Library of Congress? I'm intrigued by the thought of you poring over a large vellum book.

You're not far off! A month before I gave birth to my first child, I squirreled away to the Library of Congress to spend a day reading their books on Judith. But English-language sources are scarce, and they didn't have much that I couldn't ultimately buy online. (My mom gave me the leading book on Judith for my birthday.) I wish I read Dutch, but I don't, so I relied on the expertise of those who can. I read dozens of books and scholarly articles, ranging from a history of the Thirty Years War to technical examinations of how Rembrandt (and, by extension, Judith) painted.

I know the process of getting published is intense. I’ve heard of titles being changed, or even plotlines. After spending several years writing, how did it feel to put your “baby” into others’ hands?

My day job involves getting edited often and extensively, so I'm eager to work with perceptive editors. My agent, Shannon Hassan, had some pretty major suggestions when she signed me, and her instincts were spot-on. I ended up rewriting the ending, eliminating three (!) points of view, and adding in a subplot. Once she pointed out what the manuscript needed, the chorus of hallelujahs rang in my head. There was one change I resisted (eliminating the chapters from the point of view of Judith's brother), but in the end, I saw she was right. Working with Shannon was a wonderful experience, and the novel is much stronger as a result.

Since this is your first book, did anything about the process surprise you?

Many things in the process of bringing a book into the world surprised me, including that it actually happened. But most surprising was how supportive people in my life have been. I long kept my writing a secret, as I somehow felt writing fiction was less serious than the Washington, DC, world around me could appreciate. I slowly came out as a writer to friends and family, but even to them, I didn't talk about it much. Now, since the book has been published, people from all parts of my life, past and present, have reached out and congratulated me. I've heard that senior folks where I work have touted my book in meetings where I wasn't present, and distant friends have taken time to read and recommend it. The generosity and kindness of people shouldn't surprise me, but given my insecurities, I was floored.

I’ve often heard writers say what a thrill it is to see someone reading their book on the Metro, or somewhere else in public. Have you had such an experience?

I haven't spotted someone reading my book, but before the book came out, a friend and I went to the (phenomenal) National Museum of Women in the Arts. In the exhibit space, I spotted a painting I knew had to be by Judith Leyster. I scurried over to admire it. Next to me, another woman was obviously also enthralled. After a few moments of shared contemplation and murmured appreciation, I took a deep breath and said in a rush, "I wrote a book about her." The other woman gasped and said, "I wrote a short story about her!" We fangirled for a few minutes, she asked for the book title, I gave her a bookmark, and we parted ways.

A few minutes later, the woman returned. "I have to tell you!" she said. "I was telling my friend about your book, and it turns out, she already pre-ordered it for me!" I was amazed. To know that someone had found my book and bought it for a friend — it was as much of a gift to me. Probably more, really.

Terri Lewis is a writer of many submissions and lots of hope. She lives in Palm Bay, FL, with her husband and two dogs: Pushkin, who thinks she’s a cat, and Tango, who belongs in the circus.