An Interview with Chanel Cleeton 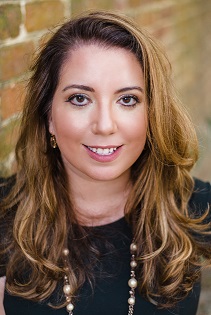 Chanel Cleeton’s second historical novel, When We Left Cuba, returns to the dynamic Perez family she explored in her bestselling Next Year in Havana. Now, uprooted from Cuba and adrift in Florida’s not entirely welcoming social scene, the beautiful and firebrand oldest daughter of the family, Beatriz Perez, determines that she will right Cuba’s wrongs. She vows to seek revenge for her countrymen’s pain by targeting the man who engineered it all: Fidel Castro.


Beatriz crackles on the page — she has so much spark and independence of spirit. But she was a relatively minor character in your first book, Next Year in Havana. How did you decide to write a book with just Beatriz’s story?

As soon as I introduced Beatriz in Next Year in Havana, I knew I had to tell her story. I actually stopped writing that book so I could write the first chapter of When We Left Cuba. She was such a fascinating character, and I heard her voice so vividly in my head, her story demanding to be told. I had this clear image of her standing on a balcony, exiled from her home, filled with rage and a thirst for vengeance. When I finished writing that scene, I returned to Next Year in Havana, but once I knew I wanted to write a book about Beatriz, I really saw her character take shape.

Your family’s stories played a role in inspiring Next Year in Havana. Is there any family angle to Beatriz and her adventures?

Beatriz’s story is entirely her own. My family was still in Cuba during the events that take place in When We Left Cuba, so the Perez family’s perspective is different from what my family experienced. Beatriz’s personality and drive fueled this book for me and took me on an unforgettable adventure.

The novel balances both Beatriz’s romantic entanglements and her political passions, and both storylines are vivid. How did you decide to involve her with a prominent senator?

As a writer, I enjoy challenging my characters as much as possible. Very little leaves us more vulnerable than opening our hearts to someone else. Because Beatriz has such a strong personality and is so intelligent and confident in her worldview, the only man who felt like a suitable match for her was someone who was her intellectual equal and who would push her outside of her comfort zone. Pairing her with an American politician forced Beatriz to look at the world from a different perspective and gave her unique insights into the political events of the times. It was, at times, a difficult match for her, but it also felt very true to her character and the constraints of the time.

What research did you use to conjure the cloak-and-dagger intrigue of Cuban-exile politics in the 1950s?

When I’m researching a book, I consume as much media as possible. I read a great deal of nonfiction on the subject and watched documentaries. I read memoirs and interviews, and also used some of the amazing photographs of some of these events for inspiration. I spoke with people who lived through these events. I also read declassified CIA documents and other primary source material. While Beatriz is a fictional character, it was important to me that all of her actions were historically accurate, so I took real-life CIA attempts on Castro’s life and actual meetings that went on during the Cuban Missile Crisis and inserted her into those events.

When writing historical fiction, you don’t want your characters to have the benefit of hindsight or access to information that you have in present-day research, so I really focus on the prevailing thoughts and points of view surrounding these events at that time rather than what we know now.

Beatriz and her family struggle, each in their own way, with the anger of being an exile. They are relatively well-off, though not as fabulously wealthy as they were in Cuba, so their anger isn’t just about money. Where does Beatriz’s anger come from?

Beatriz’s anger felt very familiar to me. I grew up seeing the effects of exile on my family, and her anger really wasn’t that different from what I saw my family and their friends struggle with on a daily basis. Her anger manifests itself in different ways, even from that of her siblings, but I think that’s one of the universal truths about people. We all handle grief and anger in different manners. While the heart of it is very relatable to many exiles, the manifestation became very much a characteristic of Beatriz’s personality.

I love this line at the end of the book: “What we once held as so valuable, no longer seems to matter anymore.” How does Beatriz choose what still matters? Does this reflect your own beliefs?

For Beatriz, much of the circumstances surrounding her desires and her hopes for Cuba are out of her control, and that’s something that’s very difficult for her to reconcile given her personality. It’s a lesson that she has to come to terms with, and to make peace with the fact that the choice isn’t truly hers. It’s something I definitely relate to. Beatriz and I are both strong-willed and determined, and sometimes those characteristics make it very difficult to accept the things you cannot change.

Carrie Callaghan is an historical novelist living in Silver Spring, Maryland. Her debut, A Light of Her Own, came out from Amberjack in 2018. Her next novel, about early-20th-century foreign correspondent Milly Bennett, is forthcoming in November.