An Interview with Holly Brown

In her newest work, This Is Not Over, the novelist tackles private rage played out publicly on social media. 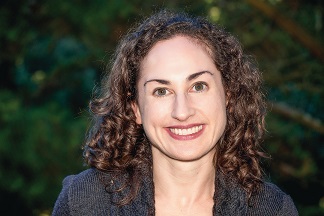 What can make two women who’ve never met hate each other to the point of outright harassment? Marriage and family therapist Holly Brown decided to explore this very dynamic in her new novel, This Is Not Over.

In it, main characters Miranda, 57, and Dawn, 30, find themselves coming to virtual blows when Dawn receives an email from Miranda, the owner of a Santa Monica house Dawn rents for a getaway weekend. Miranda bluntly informs Dawn that she will keep the younger woman’s security deposit because she found the house in less-than-optimal condition after Dawn’s stay, including “sheets with cat-sized stains.”

This sets off a social-media war that fuels the women’s anger even more. What makes This Is Not Over so compelling is how true to modern-day life it feels.

Was the novel inspired by a real-life case you encountered as a therapist?

No. I’ve done a good amount of work with co-dependency, particularly co-dependent parents of addicted children, which is a topic that comes up in the book. That was something I’ve known clinically, but in terms of the actual event that inspired the book, it was taken from my own real-life experience.

I had gone on vacation with my daughter, who was 3 at the time, and stayed at a B&B. After we checked out, I received an email that said I wasn’t getting part of my security deposit back because we had left a “child-sized gray stain” on the sheets. I was pretty offended by that, and by the implication that perhaps I had a filthy child, and I started to think if maybe this wasn’t a scam this woman was running to keep my deposit.

So we went back and forth a number of times by email, and we became pretty invested in it, almost [to] a point of wanting the other person to cry “uncle” first. My husband kept telling me, “Stop writing to her,” and I kept insisting that this was something I wanted to do because I knew I was right and she was wrong. It’s like a version of road-rage almost.

In the novel, I wanted to portray two women whose personal histories are of such denial and [non-confrontation] that they just keep raising the stakes to avoid the true source of their rage.

How difficult was it to transition between Miranda and Dawn’s differing points of view?

It was actually a lot of fun. I generally started each chapter where the previous communication had left off, so if Dawn sent an email to Miranda, or vice-versa, that would be the starting point of the new chapter. So then I would imagine, “How is this person reading what was just written here?” I ended each chapter in a sort of “poke” to the other character.

If I were writing in Dawn’s voice, then I would write something provoking to Miranda, and then imagine myself as Miranda, reading what Dawn had just written and reacting to that. Neither of them is immune to a poke from the other, so that was pretty amusing.

This could never work on two people who weren’t slightly unhinged, even if they don’t appear that way on the surface. And that was something that really interested me — who we are behind closed doors — because both Miranda and Dawn seem to be upstanding people and that they’ve got it together. So I liked the idea of them coming quietly (and not so quietly) unhinged at the same time, while shooting things out into the blogosphere.

Do they come to hate each other precisely because they’re so similar?

With their psychology, I was going for a “lock and key” effect. In a way, it’s so easy for them to push each other’s buttons because of the differences in their circumstances and appearance. But there’s some sort of core thing that they get from each other, which strangely makes them also seek out validation from one another. They are never going to admit that the other person is right in any way.

Social media plays a huge part in the hatred the women develop for each other. Would the outcome of the story have been different if Miranda and Dawn had met face-to-face from the beginning?

I presume so. I think one of the problems with social media and people’s reliance on texting is that those empathy and facial cues are lost, and that really scares me. You see that younger people especially avoid face-to-face contact and prefer to text, and I think it’s a little disturbing. It’s sort of avoidance of human contact altogether, and I sort of played with that in the book. In real life, people tend to avoid violent confrontation, but on social media, they have no problem getting nasty with someone they’ve never even met.

Which character was the most challenging to write?

I think Miranda’s husband, Larry, was the hardest because there’s a lot that’s not said about him; he’s a very repressed person and Miranda is, in turn, repressed in his presence. Trying to write conversation that had so much subtext without feeling heavy-handed and revealing enough but leaving some mystery was difficult. I feel like I may have underwritten him, and I don’t know if I were to take another crack at it [if] I would try to put a little more light on exactly where he is. I don’t like cartoonish characters, so it was certainly an edge to walk on.

What would you like readers to take away from this book?

It sounds like such a prudish thing, but I feel like society has moved into a much meaner direction, so if there’s something I’d like people to take away, it’s that the image we try to curate on social media is not reality, and to try and recognize the humanity in everyone a bit more, and that there’s probably more commonalities than there are differences. To be aware of all that you don’t know, and be careful of what you presume to know. To think about what you’re truly upset and angry about, and do some self-exploration, because if you’re that angry with someone else, there’s something else happening. Look within yourself first before firing off, because it’s a temporary Band-Aid. The wound is still there.

Q&A with Eric Dezenhall, author of The Devil Himself

The Devil Himself, Eric Dezenhall’s sixth action novel, draws from a stranger-than-fiction episode in World War II, when the U.S. Navy called upon the patriotism of New York City’s gangsters to help plug security leads to Nazi Germany.