A young woman struggles with the loss of her husband and the category it suddenly puts her in. 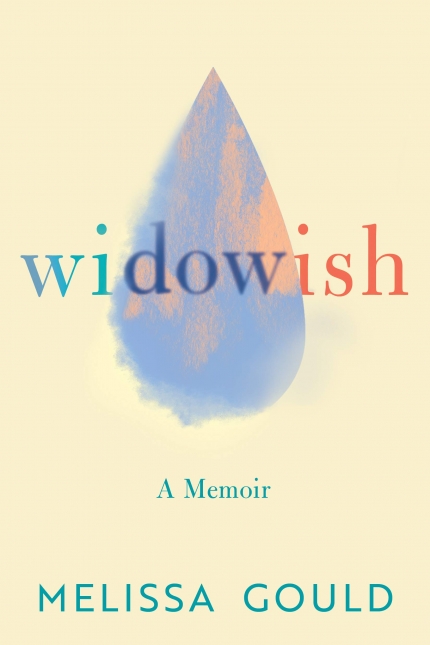 Death never knocks gently except for those lucky few who’ve lived long, full lives and go to bed one night to wake up with the angels. For everyone else, the knock on the door is fraught, and particularly devastating for those who are young and in the happy throes of living.

Death began stalking Joel Gould shortly after he arrived at the emergency room with flu-like symptoms. He and his wife, Melissa, had been dealing with his multiple sclerosis for a few years, as the autoimmune disease gradually affected his balance and muscular control, leaving him unable to play basketball, ride his bike, or even walk to work.

They’d told their young daughter he had MS — withholding the frightening specifics — but kept the diagnosis secret from the rest of their family and friends in order to avoid questions with morose answers.

Three days after Joel entered that hospital, he was put in the intensive care unit and placed on life support while doctors told Melissa that he was “gravely ill.” She screamed at them. “We’re in a hospital. You’re all doctors. If Joel is sick, make him better...We have a thirteen year old daughter.”

Upon the recommendation of their family doctor, Melissa moved her husband to a teaching hospital where specialists tried to determine his worsening condition. “He had another MRI. A brain angiogram. A spinal tap. Several EEGs to monitor brain activity. More blood work. More cultures.” Finally, they diagnosed West Nile virus, which had decimated Joel’s compromised immune system, leaving him paralyzed and brain dead.

One of the doctors asked Melissa what she’d meant when she’d said quality of life was important to her husband. “Having just turned fifty years old, he did not want to end up in diapers,” she writes.

The doctor then asked if that meant Joel wanted to be someone capable of living independently.

“Well…it looks that as of now, the kind of recovery we can hope for is that he may be able to hold a comb one day. But he wouldn’t know what to do with it.”

Death had just rammed open the door of Melissa Gould’s life, leaving her bereft and crazed with grief. Knowing her husband would never recover, she allowed him to be taken off life support, but, at the age of 46, refused to be defined as a widow. The word revolted her:

“Widow once described a much older woman. Old, wrinkled, tragic. Wearing black. Maybe even a veil…[I was] a mom with blonde highlights going to yoga, picking up her daughter from school, buying groceries at Trader Joe’s…I didn’t look like a widow.”

To her, “widow” was an ugly word hanging from the mottled neck of a woman with grey hair and yellow teeth. Even now, years after her husband’s death, she called fellow widows and widowers “wisters” — widow sisters and widow misters. Hence, she titled her memoir Widowish, as if a little suffix can soften the whiplash.

Perhaps this is understandable for a pop-culture princess from Southern California like Melissa, who writes about regular hikes on a hill she calls “the Clooney,” because it’s near an L.A. house owned by George Clooney. Sometimes she makes the climb with her “bestie,” who’s “the Gayle to my Oprah.”

She defines herself as “simply Jew-ish,” writing: “Outside of my liberal and cultural connection to Judaism, I just didn’t connect.” Her Jewish husband connected completely, however, which is why she’d called a rabbi to his bedside. “I knew Joel would have welcomed a visit without hesitation.”

Her devotion to her spouse is undeniable as she weaves the story of their marriage into surviving without it. She writes that when they met, she felt like she’d hit the trifecta. “He was cool. He was funny. He was Jewish.”

He was also in a committed relationship, but they bonded over their shared passion for music. When she told him she was leaving for Seattle to write for a television show, he summoned his best impersonation of Daniel Day-Lewis in “The Last of the Mohicans”: “Stay alive, no matter what occurs! I will find you!”

She became enthralled with Seattle as “the epicenter of the biggest shift the music business had seen in decades — grunge — Kurt Cobain was still alive…I was in heaven.” A few months later, Joel, also in the music business and recently separated, showed up. “We didn’t stop kissing the entire few days he was in Seattle.”

They married, moved back to California, and had one child, although they’d hoped to have many. Melissa writes seamlessly about caring for their daughter after Joel’s death, keeping to the youngster’s schedule, getting her to school on time, making her meals, helping with homework, and curling up in bed with her every night “to talk about Daddy.”

Few people forge through the miasma of grief without help, which is why believers light candles and liquor stores open early. Melissa found her way by watching “Real Housewives” religiously, listening to TV evangelist Joel Osteen preach his “attitude of gratitude” gospel, and embracing New Thought guru Iyanla Vanzant as her life coach.

“Grief is personal and private,” Melissa writes, but hers never was. She shared it with her friends, her family, a man at the car wash, her hairdresser, and all the cashiers at the supermarket. “I was in midlife, barefoot in shiva clothes and a blowout. I felt compelled to tell people I was a widow because I didn’t look like one.” She wrote about her grief in the New York Times and the Huffington Post, which led finally to this book.

Searching for guidance, she went to a “highly recommended” psychic named Candy. Melissa presented Joel’s watch and photograph because “it helps channel or receive information.” Within minutes, Candy claimed she was connecting with Melissa’s dead husband. She said there would be a new man in her life soon with a son, and that Joel approved of the relationship.

“That’s what he wants me to tell you,” said Candy.

Melissa writes that she laughed off the prediction until she met Marcos — and then his son — a few weeks later. Six months after kissing her husband goodbye, Melissa begins “to live again” by dating Marcos. At this point, some “wisters” might be envious, while others may tsk-tsk, but Melissa Gould is a Hollywood writer who has read Cinderella. She knows the value of a happily-ever-after ending.

She and Marcos and their children now live together near Simi Valley, where Melissa runs a writing workshop at Camp Widow, part of a nonprofit called Soaring Spirits International, where she guides people in healing by exploring the unexpected realities of being a widow. Yes, she can finally face that word without the “ish.”