Waco: David Koresh, the Branch Davidians, and a Legacy of Rage

A searing indictment of a tragedy that never should’ve happened. 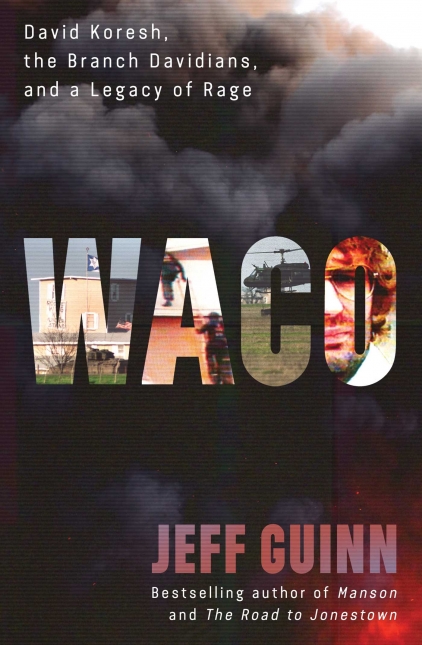 Waco: David Koresh, the Branch Davidians, and a Legacy of Rage is Jeff Guinn’s account of the tragic events that took place in Texas in 1993 and the factors that led to a shootout and later conflagration that ultimately claimed the lives of four federal agents and 82 members of the Branch Davidians (including over two-dozen children). Guinn was uniquely suited to write this book, having previously written about Charles Manson and Jonestown. He is steeped in the apocalyptic lore that drives many cults.

The Waco standoff was the result of various forces trying to protect their image. On the government side, the Bureau of Alcohol, Tobacco, and Firearms (ATF) sought to redeem itself after its infamously botched Ruby Ridge raid, while the FBI looked to prove it could control any situation. As for the Branch Davidians, they were preparing for nothing less than the End Times. While the horrible conclusion to the standoff may not have been inevitable, it was certainly predictable.

Underlying Waco is a warning about the danger of religious fervor. David Koresh, and those who led his Davidian sect before him, inspired followers to blindly do their bidding and even commit crimes. The cult was rife with internecine squabbles. One early leader was succeeded by his wife, while his son led a splinter group aimed at supplanting her. Other members seemed unclear how to proceed and sought a charismatic head. Enter Koresh.

Well versed in biblical scholarship, he used his knowledge to cynical advantage. In particular, he seduced members’ wives — and lured their daughters into sexual servitude — using scripture as justification. He encouraged followers to stockpile weapons to fight off the forces of “Babylon,” meaning the government. This all resulted in heightened scrutiny by the local sheriff and Child Protective Services. While Koresh wanted the Davidians to be seen as something more than a cult, it’s hard for readers to view them as anything but.

The bulk of Waco, however, is reserved for the mistakes and missteps of the ATF. The agency came to Texas with a point to prove and an ax to grind. The prior year, an 11-day standoff with separatist Randy Weaver at Ruby Ridge in Idaho resulted in the death of Weaver’s wife (who was holding their baby when shot) and 14-year-old son, as well as a U.S. marshal. When Weaver was ultimately acquitted of the gun charges for which he’d been sought, the bloodshed was rendered even more senseless.

Later, male ATF leadership and agents were accused of harassment by female agents. By the time they came to Waco, it was an agency badly in need of a win. And when one is desperate, hubris takes over. Such was the case here.

Guinn outlines in detail the places where the ATF went wrong. First, they foolishly thought two days of training would be enough to prepare for the siege of the armed Davidian encampment. They based this assessment on prior engagements, during which targets had meekly surrendered.

Next, they disregarded the warnings of an agent who served as a spy inside the camp. This agent was in the room when the Davidians received word the ATF was coming. How did they know? One Davidian had accidentally stumbled across a reporter seeking directions to their compound. He was on his way to cover the raid.

Further, the agents in charge assumed they had more than enough time to attack. This error was based on another misperception: that the Davidians kept their weapons locked up and thus could not access them quickly.

Most critically, the ATF — and later the FBI, which eventually took over control of the operation — did not give sufficient credence to the possibility that the Davidians would be willing to die for their faith and their leader. When the shooting began, the feds were under-armed, under-protected, and utterly surprised by the ferocity of the Davidians’ response.

This error in judgment continued until the bitter end of the standoff more than a month later, on April 19, 1993. When tanks finally rolled in and tear gas was launched, fires — presumably set by the Davidians themselves — broke out inside the compound. No one on the government side seemed prepared for the mass murder/suicide by self-immolation they subsequently witnessed.

Guinn does an excellent job laying out the circumstances that made Waco possible. If the reader is left wondering anything, it’s likely about the fate of the ATF and FBI decision-makers who caused the debacle in the first place. It would be fascinating to know how (or if) these figures reflected on the tragedy in the years that followed.

In total, Waco is a compelling if disturbing read. Once you finish, you’re unlikely to fully trust organized religion — or the U.S. government — ever again.

Chris Rutledge is a husband, father, writer, nonprofit professional, and community member living in Silver Spring, MD. Besides the Washington Independent Review of Books, his work has appeared in Kirkus Reviews, American Book Review, and countless intemperate Facebook posts, which will surely get him into trouble one day.