The Tenderness of God: Reclaiming Our Humanity

An acclaimed theologian delivers a delightfully readable exploration of two medieval saints whose ideas are of great contemporary relevance. 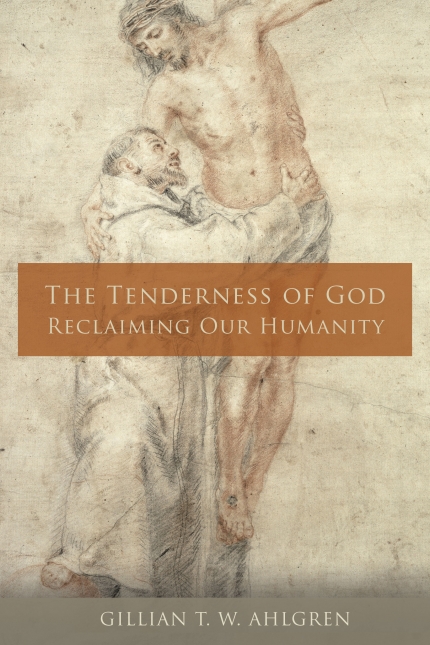 Francis Bernardone — who would become Saint Francis — was born into an affluent family of silk merchants in the Italian city of Assisi. His carefree youth ended in 1201, when he was taken captive in a campaign against the neighboring town of Perugia. After his release from prison, he became seriously ill.

These two experiences — imprisonment and infirmity — led to a spiritual crisis, causing Francis to reject the vapidity of his former lifestyle and seek greater meaning. Defying his father, he gave up wealth and status to join a leper colony, where he discovered the sheer joy of living in poverty and serving those unable to reciprocate his generosity.

The future Saint Clare, also from a wealthy family, was in Perugia at the same time as Francis, her family having been displaced from Assisi. Author Gillian T.W. Ahlgren explains that although Clare was only 9, she “observed the tremendous cost to women of the violence of the time,” as they had to nurse the wounded in battle back to health, run families in their husbands’ absence, and bear “the insult of sexually transmitted diseases after the men came home.”

Both Clare and Francis “were poised to question a culture of war and privilege,” writes Ahlgren, “based on their own deeply personal observations of its cost to the human spirit.”

Ahlgren argues that in our modern world of unbridled competition, electronic gadgets, unstable relationships, constant hurriedness, and unending violence, we, like Francis and Clare, often yearn for something more. “We need not use religious language to describe this deeply human instinct,” she insists. “We need only recognize, with sincerity and integrity, the desire for greater meaning, coherence, and purpose in our lives.”

Belonging does not have to do with ownership of possessions, she explains, but rather with relationships. Just as Francis became fully human by living with outcasts, we can better realize our human potential by opening our hearts to the sufferings of the poor, the ill, and the lonely.

Ahlgren wrote The Tenderness of God shortly after leading a pilgrimage to Assisi, during which she witnessed the spiritual transformation of many of the participants. A pilgrimage is a life-giving activity, she writes, because, “to claim our identity as pilgrims is to wean ourselves from personal and social markers of identity, choosing instead to define ourselves as being on a journey to reclaim our souls. It is ‘going out’ of the smallness of ourselves,” which is essential because “it takes leaving the self to actually find the self.”

The very act of walking together causes individuals to bond and become sensitive to each other’s needs in an environment in which wealth, position, and age are insignificant.

Following the example of Saint Francis and Saint Clare, Pope Francis exhorts us to reject the societal values that engender violence, disrespect for others, loss of dignity, and the “globalization of indifference.”

“Francis and Clare remind us that we are not meant to adjust to dehumanization,” writes Ahlgren. We must counter deleterious social pathologies for our own wellbeing. Living with lepers not only taught Francis humility by exposing him to the fragility of human life, but also helped him to understand God’s tenderness.

“Tenderness,” as Ahlgren explains, is not softness or even compassion. It is a deliberately cultivated habit born of a sense of solidarity with others and a sincere interest in their lives and struggles. “Tenderness” is “an intrinsic part of the transformative process” that moves us toward communion. It requires dedication and practical action in the form of encouragement and support or sometimes admonition.

By focusing on the poverty and preaching of Saint Francis, theologians fail to convey the revolutionary nature of his and Clare’s way of life, writes Ahlgren. Their evangelization “was intended to be a direct communication of the life-giving love of God.”

God’s tenderness is the reality of God’s solidarity with humans, manifested not only in our personal relationships, but also in the gift of nature. Ahlgren believes that by making space for God’s presence “in our hearts, our homes, our communities, and our troubled world,” we will become sensitive to both our fellow human beings and to the environment. We will learn to live “compatibly and companionably with the natural world in ways that sustain its beauty and spontaneous generosity.”

For her, this is not an abstract ideal, but a way of life open to all of us, a recipe for a more joyful, meaningful existence.

Tenderness is a means to approach what Saint Francis calls misericordia. Although misericordia is often rendered as “mercy,” Ahlgren finds this translation both “inaccurate and unfortunate.” While “mercy” connotes pity or forgiveness, Francis and Clare advocated for a radical, committed, relational love that leads to a culture of accountability and a sense of solidarity with others.

By following their example, we can create a society that “does justice, gives life, generates creativity, upholds dignity and will not allow violence or abuse to trespass under the guise of family, community, or culture.”

Gillian Ahlgren has written an inspiring book that makes the teachings of Saint Francis and Saint Clare refreshingly accessible. Readers of different faiths will welcome her vision of a more just and peaceful world.