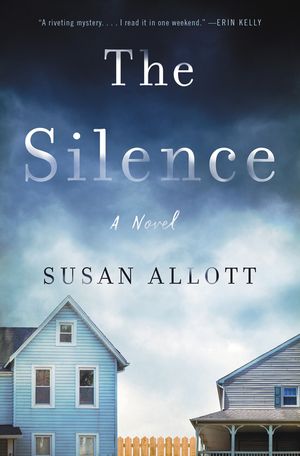 Silence isn’t always golden. It can also be “a cult of forgetfulness practiced on a national scale.” The Silence is a story about loneliness, longing, and forgiveness, a story about Australia’s atrocious kidnapping of Aboriginal children and its intergenerational corollaries.

When 35-year-old Isla Green answers her phone in London in the middle of the night, she is barely awake. Joe, her father in Sydney, tells her the police are questioning him about the disappearance of their next-door neighbor, Mandy Mallory, some 30 years ago. Isla knows she must go home.

There’s a reason Isla left Sydney for England. Her parents’ relationship has always been tenuous; full of bitterness and violence just under the skin. There were happy times during her childhood, but the bad times made a mark: Visions of bloodstained carpet occasionally pop into her mind.

Mandy once had a hand in rearing Isla, caring for her during the day while Isla’s mother, Louisa, was at work. Mandy preferred Isla’s company to that of her husband, Steve — a man for whom she had lost all respect, a police officer without the necessary grit. Mandy knows it’s hard on him to take Aboriginal kids from their families and relocate them to the Homes, but it’s his job. “His surface layer is paper thin and behind it he is utterly broken.”

And Steve wants a baby. One lie Mandy propagates is that she wants one, too.

Mandy counts the lies she tells her husband each day. And “the Baby Lie was the one that made everything else a lie, and made it pointless counting the small, polite ones. She also knew, in a quiet, buttoned-down place, that she was falling out of love with her husband.”

Young Isla fears Steve. Although her mother told her he only takes children from “problem families,” it does nothing to reassure her, for their family is far from perfect. She feels “a current of fear beneath warm colors” at Mandy and Steve’s home.

As for Steve, he doesn’t seem to know who he is anymore. “I went into this thinking I was the good guy. But over the years it’s turned itself around on me. I think maybe I’m the bad guy.”

As Steve plunges into self-loathing and depression, his neighbor Joe drinks himself into isolation. When pregnant and homesick Louisa takes Isla and flees to her mother’s in London, Joe’s life spirals out of control. He finds solace in Mandy’s arms; she finds, in his, the comfort Steve can’t give her.

Now, in 1997, Isla can’t believe her dad is a suspect in the long-ago mystery. As evidence pointing to her father’s guilt mounts, Isla is compelled to find out what really happened, while fighting her own demons. As she discovers facts surrounding Mandy’s disappearance, she also uncovers the horrors of Australia’s policies toward Aboriginal people.

Told in poignant vignettes alternating between 1967 and 1997, The Silence takes readers into the middle of two families struggling to survive their mistakes and longings, while also educating readers about Australia’s immoral mission to integrate Aboriginal children into “prosperous and moral” Anglo society.

Theoretically, the removal of indigenous children from their parents was colonial Britain’s attempt to improve their living conditions. But in practice, kids were stolen from loving homes and brought to institutions that trained them to work for white people. Abuse, cruelty, and inhumanity filled their new lives.

In her research for the book, author Susan Allott educated herself “about Britain’s relationship with Australia and our colonial past.” She discovered British schools in the 1980s didn’t teach about “the violence our ancestors inflicted on Australia’s First Nations people when the colony was settled,” and she wanted to shed light on the terrible harm done to the so-called Stolen Generation.

Allot realized the silence must be broken. The Silence compels readers to consider what it takes for family members to forgive each other, and whether an entire group of people can pardon a nation for stealing their future.