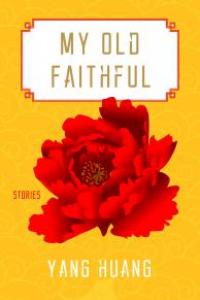 Winner of the 2018 Juniper Prize for Fiction, Yang Huang’s collection of linked stories traversing 30 years of time between China and America makes a bold statement with sparse yet subtly beautiful prose and contemporary Chinese characters.

In “Pining Yellow,” Wei, a young boy, mourns the loss of his retriever. It’s said the dog, named Yellow, was “trapped by thieves and then eaten, though no one knew that for sure.”

So, with typical 8-year-old logic, Wei decides to steal a potted yellow chrysanthemum to trade for cash so he can buy a candy-dough replica of his dog — this action somehow serves as a way to save the pet, if only in memory, and to recover from a loss no one else in his family feels.

One story in this collection leads into another, always in the first person, always moving forward in time. In “Chimney,” Wei’s father reflects on his wayward son’s behavior after the chrysanthemum incident: “Still, I had raised a family to be a haven during the time of turmoil, and it had been, until my son began to grow up.”

In this way, My Old Faithful passes the power of narration from one character to the next, opening insights into each story — and each character’s heart — after readers have finished one story and continue moving toward the book’s conclusion.

When we meet Wei again in “If You Were My Legend,” he’s 15 and in love with a classmate. When he can’t have her, he sexually assaults his little sister Lian instead. The story ends on a harrowing note: “So it has remained our secret ever since.”

Huang’s stories are heavy with pains — both little and large, hidden and in plain sight — amongst the members of this family.

While the first quarter of the book is heavily weighted with male voices, the latter parts are populated mainly by the voices of Lian, older sister Rou, and their mother, who remains nameless — called only Wife or Mom.

During a shopping trip in the city, Rou pierces her ears in a bid to stand out:

"My head feels light. I hear voices float in the air. I feel pierced, hollow. Ting is walking ahead and I follow her, not knowing where we’re going. She glances at the things around her but does not notice how lost I am. I don’t want to call out to her. The bus is coming. She begins to run and I chase after her. We get on the bus, panting. I tilt my head toward the windows and look for the reflection of my golden hearts. I wonder if people see me and think of me as cheeky. A moment ago I was a simple girl who wanted to look pretty to her mother.”

Rou’s story expands on those family tensions, but underneath the surface, cultural tensions loom, too. Rou’s parents only just escaped China’s one-child policy, and while Rou’s friend Ting is an only child, Rou competes with her siblings for love and resources. That competition is a complicated dynamic sketched out at the intersections of gender, culture, and filial ties.

My Old Faithful is Huang’s follow-up to her Nautilus Award-winning novel, Living Treasures. It’s the author’s strong narrative voice that propels this tightly crafted array of quotidian sorrows and joys — and what makes this book feel in some ways like a novel-in-stories rather than a more traditional collection.

For some readers, the powerful voice will be My Old Faithful’s undoing. For others, including myself, it’s a strength, adding to the multifaceted scope of Huang’s tales.

Jenny Ferguson is Métis, an activist, a feminist, an auntie, and an accomplice with a Ph.D. She believes writing and teaching are political acts. Border Markers, her collection of linked flash fiction narratives, is available from NeWest Press. She lives in Haudenosaunee Territory, where she teaches at Hobart and William Smith colleges.