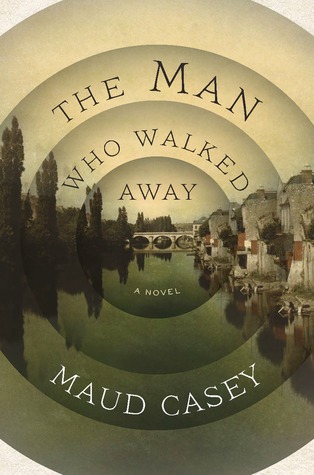 Fugue: it is one of those beautiful, resonant words that meets you both coming and going. Derived from fugere, Latin for flight, the state of fugue is a flight from memory and consciousness. But fugue is also a musical style, a point-counterpoint dialogue within a single piece. And music, by its ephemeral nature, is itself always fleeing (and fleeting): each note approaches, exists and then disappears into the past.

Maud Casey’s spectacular third novel, The Man Who Walked Away, is a meditation on the elusive nature of time and life, the way they approach and leave us. Her story takes place in France, sometime in the middle of the 19th century, where a young man cannot control the compulsion to leave. He walks in a mystical daze for days and weeks, eventually wandering all across Europe. He is fleeing something, we suspect, but we don’t know what. And neither does he, for his memory is filled with more absences than recollections. He hardly knows who he is, except that his name is Albert.

Guided by the one person still willing to help him, Albert arrives in a mental asylum, a place one could almost describe as charming, with its vegetable garden and quirky, sweet inmates behind stone walls in Bordeaux. There, a young doctor tries to uncover Albert’s memories. This unnamed doctor seeks to diagnose Albert and, with the recovery of Albert’s story, give him an identity.

That is the plot, more or less, but it does little to sum up this fascinating tale. The story is loosely based on the history of Albert Dadas and his doctor, Philippe Tissie, but it would be a mistake to consider this historical fiction. Rather, this is a literary mystery in the deepest sense: it is a puzzle of themes, points and counterpoints for the reader to discover and make sense of. Casey presents two men, both of whom enjoy dissolving their senses into the joy of movement, but one of whom loses himself in the process. Both have tortured memories of their deceased parents, and both have agonizing relationships with time: the doctor cannot escape his compulsion to look over the horizon, while Albert cannot quell his urge to flee his past and does not know if he has a future.

The other inmates in the asylum serve as variations on the theme offered by the doctor and Albert. They each struggle with their place in the world, fearing that the past will consume them or that the present they see is illusory. But the gentle ministrations of the asylum’s staff and their friendships with one another help anchor them and, in turn, the reader. The institute’s director is fond of telling the patients “that beauty means being of one’s hour,” from the Koine Greek word for beauty. The patients’ journeys to acknowledge the beauty of their present moment are almost as moving as that of Albert and the doctor.

This book could have easily devolved into a maudlin treatise on the beauty of now; such amateur philosophy is commonplace in yoga studios, movies and fortune cookies. But Casey’s capable hands have elevated these ideas into a beautiful, poignant story worth considering and reconsidering. There are few books I plan to reread in my lifetime, but this will certainly be one of them. Her prose leaves rich morsels on almost every page, satisfying in both beauty and complexity of thought. As when Albert walks home after a spell of travel:

“The sky fills with charcoal clouds that darken the whole world and Albert too. Harbingers of nothing, the darkening clouds are reminders that every night the black sky will obliterate even these ominous smears. They remind him that even if the urge to walk arrives to save him, even if he could make it appear to lift him up and sing him into astonishment so that he forgets the misery of his waking life, he will only wake again to discover himself alone, balancing on the head of another pin.”

Narrative, like music, operates on a timeline. One thing happens, then another, and so on until the end. Our lives are like that, too, or so we hope. That’s one reason stories are so important. Together, we create narratives that allow us to understand ourselves and one another. As the doctor observes, we want “to be given shape by the constraints of a narrative.” The Man Who Walked Away argues that those shapes are best made with the help of a friend. Even when the meaning of that narrative is, as it is for Alfred, a point and counterpoint of “his astonishment and his anguish,” the relief in crafting such a story is profound.

Casey’s characters find companionship and anchors in one another, and we are fortunate to find such company in this treasure of a book. Even though, as we read it, the words pass fleetingly by.

Carrie Callaghan’s short fiction has appeared in Silk Road, The MacGuffin, Weave Magazine, and elsewhere. She is a member of the Editorial Board of the Washington Independent Review of Books.