The Dead: A Novel

Two men from different cultures share a passion for film and the same woman. 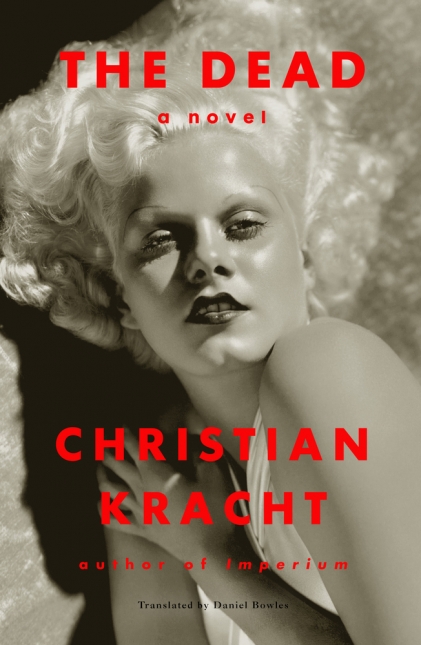 Swiss author Christian Kracht’s latest book, The Dead, is a slim volume that can suck the joy out of your afternoon, in an arthouse-movie kind of way. In fact, this is a book to read if you’re in the mood for a gloomy theater experience but don’t have the energy to get out of bed.

The Dead takes place in the early 1930s when, in the distance, the drums of World War II are beating. Its two primary characters are prominent in the international film industry at a time when directors are labeled “geniuses” for producing movies few people even pretend to understand.

The story opens with a Japanese officer filming his own self-disembowelment, which he performs to atone for an alleged transgression. What this has to do with the rest of the story is open to question.

We also meet a Swiss director named Emil Nageli, from Bern. He’s aboard an airplane, chewing his fingertips, convinced that the plane is about to crash. Emil goes to Berlin just as Hitler’s Brownshirts are making noise, but they are still illegal. The only hint of the horrors to come in Germany is in a comment from a cab driver who mutters, “The Jews are to blame for the whole mess, for all of this. All the better if they are chased off, to Timbuktu.”

Emil will eventually make his way to Japan where another character, filmmaker Masahiko Amakasu, is brooding over a tape of the officer’s grisly suicide. He decides to send the video off to someone in Berlin, thus linking the storylines.

Masahiko’s dream is that a leading European filmmaker will come to Japan to make an epic movie that will rival, or even surpass, the films then being produced by Hollywood. He admires the Europeans and their abstract storytelling, and writes to a wealthy German for funding, pleading to be sent the man he considers to be the world’s most brilliant director.

He does not get the director he wants. Instead, he gets Emil, a man of limited vision.

To Emil and Masahiko, film is all that matters. But the two men have something else in common: their difficult childhoods and a pungent hatred of their fathers. In one scene, Emil has dinner with his dying father in a fancy French restaurant. The maître d sees his father as a lower-order person and assigns him to a table next to the bathroom:

“A half-inebriated guest had maneuvered himself out of the lavatory, wobbling, wiping his damp hands on the sides of his trousers, and had then squeezed past their table, colliding with it as he turned his hip; and although red wine had sloshed out of their glasses onto the tablecloth, the man had, as the French do, avoided issuing an apology. The stench of ammonia wafted around Emil, beneath which hung, furtively heavy and sweet, the bouquet of excrement.”

That bouquet seems to hang over every aspect of Emil’s life.

Life isn’t going much better for Amakasu. He grew up a boy genius who learned multiple languages to spite his parents, then burned down his boarding school as a response to being bullied. Masahiko’s third shared interest and connection to Emil is through the Swiss director’s girlfriend, whom he beds while awaiting Emil’s arrival to film the expected landmark movie. Things do not go as planned.

Kracht weaves real events into his story, most notably the 1932 assassination attempt on Charlie Chaplin in Japan. The movie icon was there to spout support for Japanese expansion into China when a group of Japanese military men attempted a coup by killing the country’s prime minister. Chaplin was supposed to be with the prime minister but missed the meeting.

The misguided plotters thought that, by murdering Chaplin, they could start a war between the United States and Japan. They were off by nine years. Chaplin lived to be an old man. And besides, he was British.

If one passage sums up The Dead, it is this:

“The whole matter has something tremendously clear about it, and ridiculous, too; he doesn’t want to die, nor is he not dead. He hears a crackling and crinkling underwater at ear level; it is the primal sounds of this planet, in the middle of which he perceives, a long way off, a submerged, oscillating noise — it is the skittish, modulated squeaking of sea mammals singing to one another in the ocean over vast stretches of loneliness.”

Despite the hope-starved characters, Kracht makes his book worth reading through the sheer strength of the writing. Credit must also be given to Daniel Bowles, who translated the book from the original German.

A sharp portrait of a family’s history and its pain.