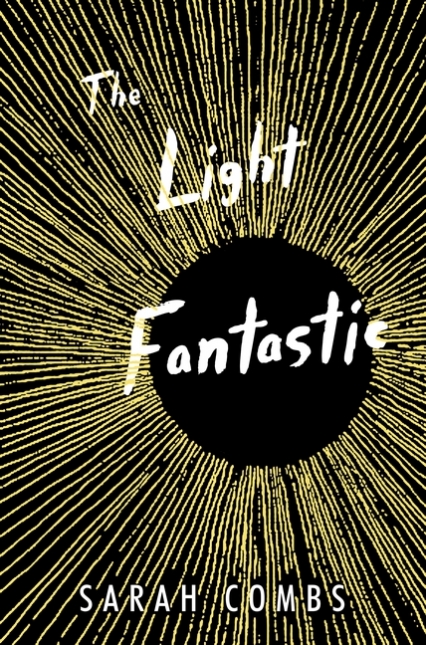 The Light Fantastic is a book about a high-school shooting and the larger plan that swirls around it. It's about sadness. It's about bullying. It's about love. It's about pain. In short, it's about being human.

The novel digs down into the events that lead to the shooting. It reveals teasing, microaggressions, macroaggressions, hatred, shame, and failure. But it doesn't stop there. This book recognizes that all of those things we see as causes of violence are symptoms of a larger issue. They might be the triggering cause but they are not the ultimate cause.

The story centers on April Donovan. Today is her 18th birthday. It will end up being a day that she will never forget. Not that she could: April has an amazing ability to remember each day of her life and what happened in the world around her on those days. She’s able to connect events to personal experience and store everything for later. She sees the connections in the world.

This is what the story is really about: connections. The central character has a stronger-than-usual ability to see connections. Other characters in the story do not. Some are unable to find the connections at all. These characters are alone. Adrift. Looking for help, for others. Finding only connections that feed their sense of being alone.

A group of these drifting teenagers (the Assassins) finds each other online. Guided by the Mastermind, they come up with a plan. They will all take action on the same day. They will force the world to pay attention, to connect with them, for just a moment.

Being a teenager is fantastically difficult. It is a struggle to find yourself, find what you love. This is harder today than it was back in the dark ages of the 1970s and 1980s. Our world is now so digital, so online, that it has become easy to slip into the illusion of connection with faceless strangers. The Assassins in The Light Fantastic fall into this trap. It is harder to find real connection with people you can see and touch. Some members of the Assassins manage to find real-world connections in the end. Others do not.

Pal, April’s friend since elementary school, finds it is also infinitely easier for that one mistake you make, that one moment of embarrassment to be broadcast for all the world to see. On the Internet, everything exists forever.

The bigger issue, and the question this book raises and hints at answering, is: How do we fix this? How do we make sure that people have connections to real life? We can leave it up to the person who is feeling alone. Or we can take the time to look around and really see the people around us.

We can learn to recognize when someone is adrift. We can choose to seek them out, extend a lifeline, and tether them back to humanity. We can give them the connections they need. In The Light Fantastic, this is what ultimately derails part of the plan. Family and friends intentionally (or accidentally) provide the connection the connections some of the Assassins are looking for.

Author Sarah Combs has tackled a heavy topic with this novel, and she has done it well. April and the other characters in the story are well developed. The story is told primarily in first person by April and three others. The Assassins are also reported on by a third-person narrator. These transitions are clear, the voices of the cast well defined.

The story does spend a lot of time away from April. As I was reading, I liked this. The balance felt good. But when the story reached the end, and April said her final words, I wanted more of her. I felt that something was missing from her story.

This could be because of the time we spend with the other characters. It could be because April spends a significant chunk of her birthday alone. Her story is mostly told through memory, the connections she is drawing to previous days in her life.

Maybe I wanted all the connections in April's head to step out of her past and become part of this day. We are given hints of this. A letter April writes, a memory of a day she hasn't experienced yet. We don't get to see April in the moment, connecting to her life in the here and now.

That might be the connection I wanted for her as a reader.

Susan Monroe McGrath is a writer of young-adult novels and short stories in a variety of genres. She is a member of the Society of Children’s Book Writers and Illustrators. She works as a food microbiologist in her spare time.