The Anarchy: The East India Company, Corporate Violence, and the Pillage of an Empire 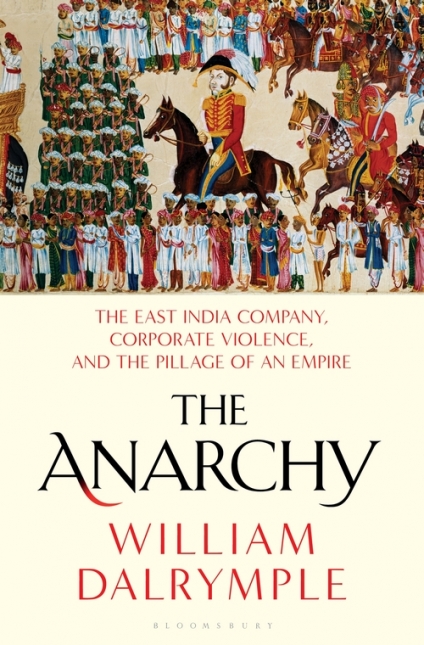 How did the East India Company, run by a small group of profit-seeking merchants from a modest office in London, manage to conquer virtually the entire Indian subcontinent in just over 40 years?

Those who nurse the comfortable idea that the company accomplished this feat by exercising subtle diplomacy and siding with the winners of 18th-century intra-Indian wars are in for a shock. Yes, the Indians’ habit of killing each other and the repeated breakdowns of the anti-British Maratha Confederacy and other indigenous coalitions contributed substantially to the East India Company’s ultimate victory. So did easy access to credit.

But the company’s governors planned and carried out campaigns of conquest and killing every bit as aggressive as those of the Marathas, the Afghans, the Persians, and various Mughal factions fighting for territory and power. Whenever possible, company employees carted off huge amounts of loot (a Hindustani word meaning plunder), particularly gold and gems.

By 1803, when the company captured Delhi, it maintained a force of nearly 200,000 men — twice the size of the British army. And it did all that not in a Churchillian “fit of absent-mindedness,” but with the full knowledge and support of the British Parliament.

This is the story traced by the distinguished British historian William Dalrymple in his latest book, The Anarchy: The East India Company, Corporate Violence, and the Pillage of an Empire. The work is not intended to be a comprehensive history of the company; John Keay’s The Honourable Company, among others cited in the bibliography, traces the organization’s lifespan and global exploits.

Instead, Dalrymple’s main focus is the company’s contribution to the weakening and dismemberment of the Mughal Empire between 1756 and 1803, which he calls “the supreme act of corporate violence in world history.”

The author is a marvelous storyteller. By quoting extensively from the company’s own voluminous records, private letters, and diaries, Persian-language sources, eyewitness accounts penned by an insightful local historian, and other reports, Dalrymple creates a “You Are There” environment for the reader that makes the book hard to put down.

Dalrymple has a special gift for describing the main characters in the story as if he knew them personally; every major actor in the drama comes to life. Richard, marquess of Wellesley and older brother of the future Duke of Wellington, had “an owlish gleam in his eye.” Mir Qasim, Nawab (literally “deputy,” an official title) of Bengal, was “small of frame” but “determined.” Robert Clive was violent, contemptuous of the Moghuls, and “utterly ruthless.”

By contrast, Warren Hastings was sensitive, abstemious, fluent in two local languages, and appreciative of Bengali culture. The book makes it clear that Edmund Burke spearheaded the impeachment of the wrong man.

Dalrymple tells the story with empathy and feeling. He deeply sympathizes with the Mughal rulers who were helpless to prevent the dismembering of their empire. His description of the highly cultured Mughal emperor Shah Alam, assaulted and blinded by a former favorite and stripped of his power and possessions, is heartbreaking; knowing that his realm was lost, he took refuge in poetry and prayer.

The book describes numerous battles and their brutal aftermath in grim detail. Anarchy prevailed. Military leaders commanding armies of foot soldiers, elephants, horses, and cannons crisscrossed the subcontinent, leaving destruction in their wake. After each engagement, corpses were piled high.

But what happened to prisoners was often worse than what happened to soldiers on the battlefield. In the 18th century, the hideous torture and killing of captives was widespread in Europe as well as in Asia. Dalrymple does not spare the reader.

The author also has a contemporary mission. The subtitle makes clear where his sympathies lie. Using the East India Company as an example, he begins and ends with a polemic against the failure to regulate large multinational businesses, both then and now. Today’s corporate giants don’t have armies, he concedes, but they exercise immense power.

Deemed “too big to fail,” they call on governments to serve their interests and provide bailouts when needed. Corporate influence, Dalrymple argues in his epilogue, embodies a “fatal blend of power, money, and unaccountability” and is “particularly potent and dangerous in frail states where corporations are insufficiently or ineffectually regulated.”

A few odds-and-ends are worth mentioning. The book opens with a helpful nine-page “Dramatis Personae” listing thumbnail sketches of 33 actors. Three separate sets of glossy photographs help to illustrate the narrative. Footnotes translate Indian rupees into today’s British pounds. There is a seven-page glossary. The one omission is a set of modern maps throughout the text, supplementing the three old-style ones at the beginning.

It would have been too much for Dalrymple to extend the coverage in his book to ordinary Indian men and women. His focus is on political scheming, military campaigns, and the role of key leaders. Still, one wonders who cooked and mended uniforms for the thousands of company soldiers and sepoys traveling vast distances.

Perhaps, in his next book, Dalrymple will apply his narrative gifts to the people who toiled and suffered as their leaders waged — and lost — their bloody wars.

Dr. Ellen L. Frost is a senior advisor and fellow at the East-West Center and a visiting distinguished research fellow at the National Defense University. She writes and lectures on Asian political-economic issues and their strategic and security implications. Her books include Asia's New Regionalism and For Richer, For Poorer: The New U.S.-Japan Relationship. She previously served in a variety of positions in the U.S government. She received her Ph.D. from the Department of Government at Harvard University.

Best. State. Ever.: A Florida Man Defends His Homeland

A hilarious and insightful tour of the Sunshine State.